Fascinating gadgets range from a private submarine to a signing machine, a luxury safe and a hypercar

2018 was filled with surprises. Some of the biggest came from our print edition, where we regularly cover items with jaw-dropping price tags. They actually had us rubbing our jaded eyes to make sure we weren’t imagining an extra digit!

Here are 10 of the most expensive items: 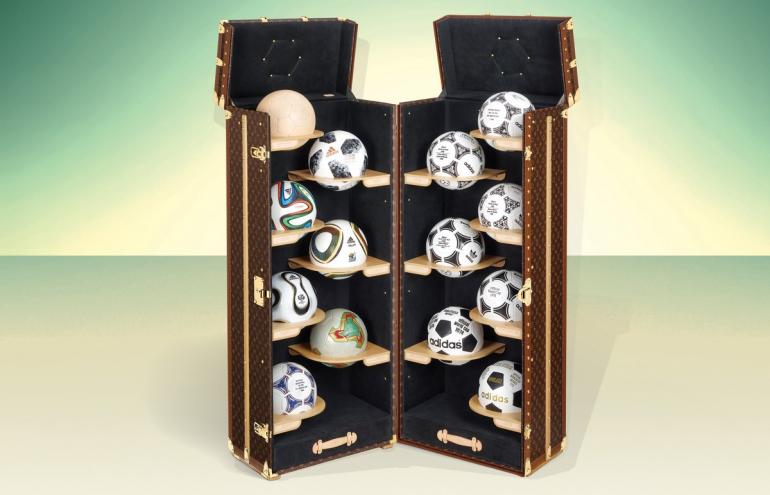 WHAT: Fifa World Cup official match ball collection trunk
HOW MUCH: US$185,300
FROM THE ARTICLE: “Louis Vuitton and Adidas have collaborated to create coveted Fifa World Cup paraphernalia that will have every soccer fan screaming for more. This limited-edition trunk houses 14 soccer balls, 13 of which are special re-editions made by Adidas of past iconic match balls.”

WHAT: Wilson Benesch Eminence floor-standing loudspeaker
HOW MUCH: US$179,000
FROM THE ARTICLE: “Wilson Benesch is renowned for its hi-tech luxury home audio products. With proprietary materials in development for aerospace engineering beyond 2020, the British-owned brand is breaking new ground with its latest release, Eminence.” 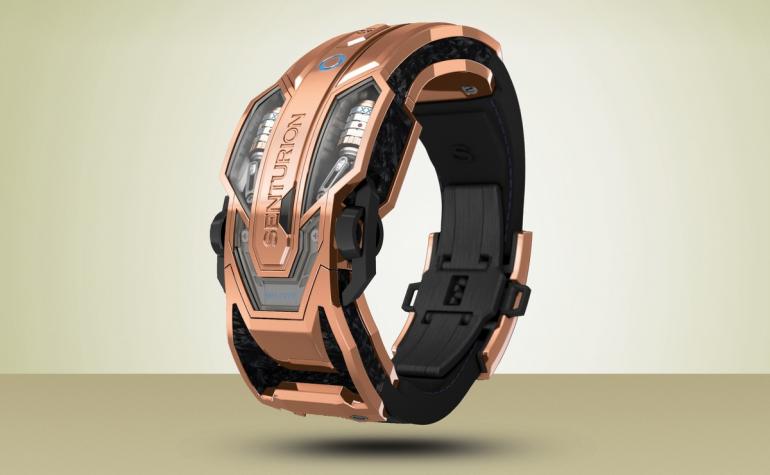 WHAT: S177 Senturion Key
HOW MUCH: US$270,000
FROM THE ARTICLE: “Senturion is the inventor of luxury bracelets that synchronise with supercars as keys. The accessory is popular among soccer players such as Liverpool’s England striker Daniel Sturridge and Chelsea’s Brazilian defender David Luiz. The new S 177 Senturion Key, limited to 177 pieces, has been upgraded to a collectors’ item.” 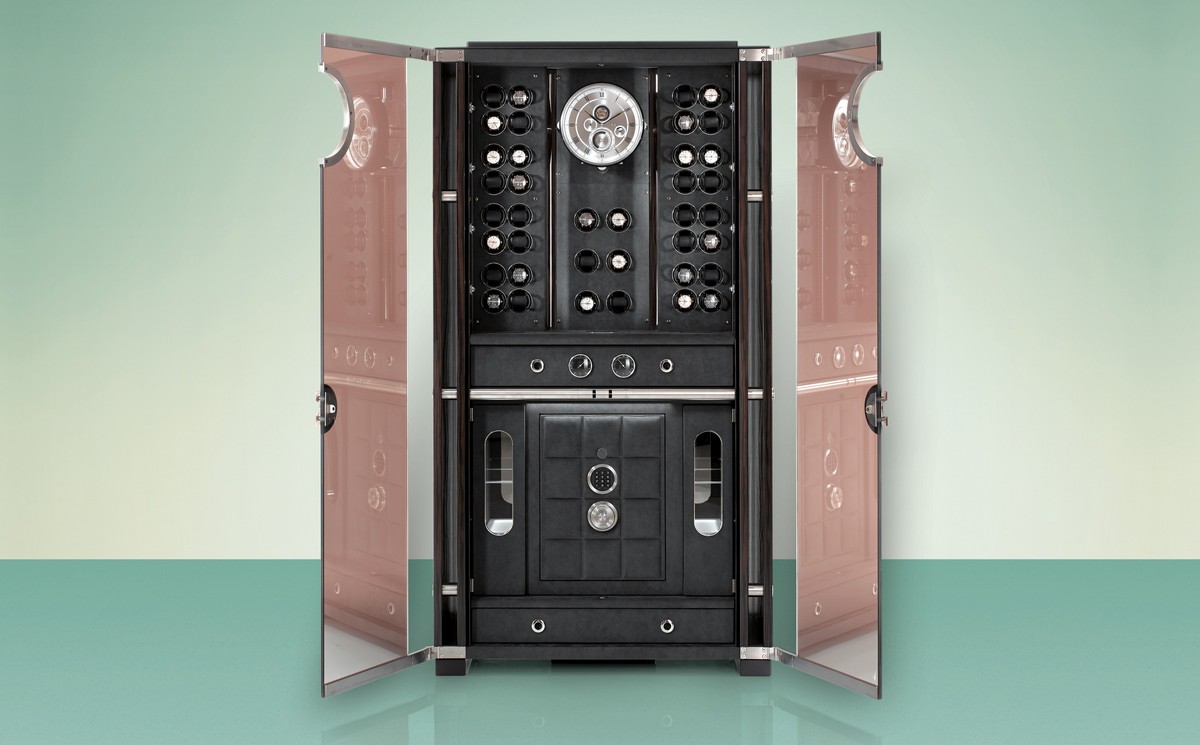 WHAT: Solitaire Vision Orbit Tourbillon
HOW MUCH:US$295,250
FROM THE ARTICLE: “Designed and crafted by German brand Buben&Zörweg, the Solitaire Vision Orbit Tourbillon is a luxury safe with watch winders and a display cabinet for serious watch collectors. This model, which features a clock with a flying tourbillon at the top of the main display area, is limited to 25 pieces.” 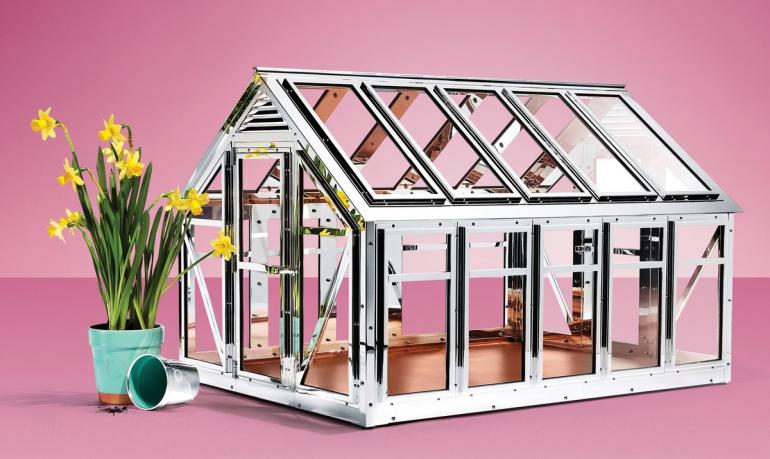 WHAT: Tiffany & Co. Sterling Silver Greenhouse
HOW MUCH: US$308,000
FROM THE ARTICLE: “The greenhouse is 20 inches (50.8cm) wide, 26.75 inches long and 17.75 inches high, making it the perfect centrepiece – and conversation starter. Despite its tiny size, creating it was time consuming. Made of sterling silver, copper and glass, it took four skilled craftsmen nine months to create in Tiffany’s Hollowware shop.” 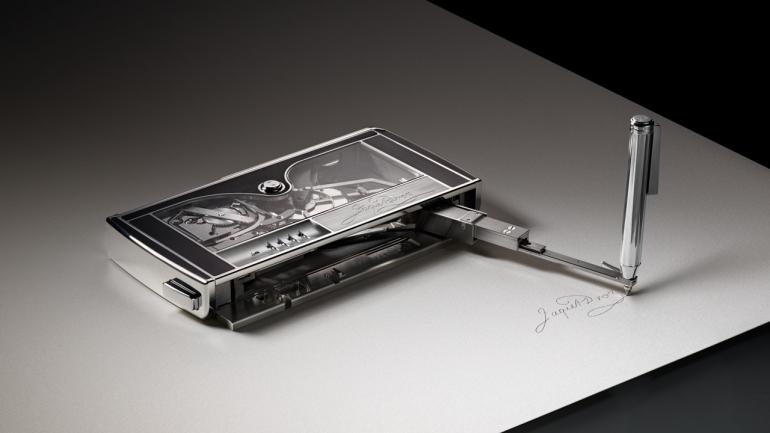 WHAT: Jaquet Droz Signing Machine
HOW MUCH: US$490,000
FROM THE ARTICLE: “Tired of signing the huge stack of documents on your desk when you have other more important things to do? Jaquet Droz’s Signing Machine is your best solution. The Signing Machine, launched in 2014, was unveiled at Baselworld this year. The automaton’s movement has been reworked for fluidity to help with perfect and more consistent signatures.” 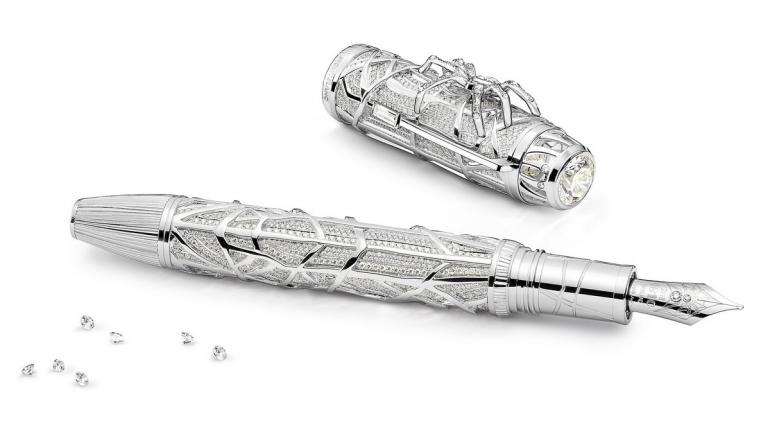 WHAT: Montblanc’s high artistry heritage Spider Metamorphosis limited edition 1 white gold
HOW MUCH: US$1.85 million
FROM THE ARTICLE: “In the late 18th and early 20th centuries, acclaimed authors and poets such as Paul Valéry and Francis Ponge frequently featured spiders in their writing. To celebrate the art of writing, German luxury brand Montblanc launched its first spider-inspired pen in the 1920s. The brand’s new limited-edition fountain pen, set in solid white gold, revisits the classic design almost a century later.” 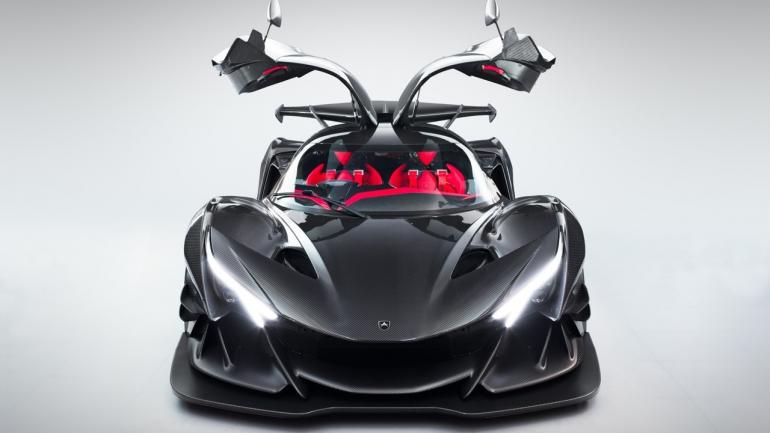 WHAT: Apollo Intensa Emozione Hypercar
HOW MUCH: US$2.7 million
FROM THE ARTICLE: “The Intensa Emozione (‘intense emotion’ in Italian) is the latest flagship hypercar from manufacturer Apollo Automobil. Only 10 cars will be produced.” 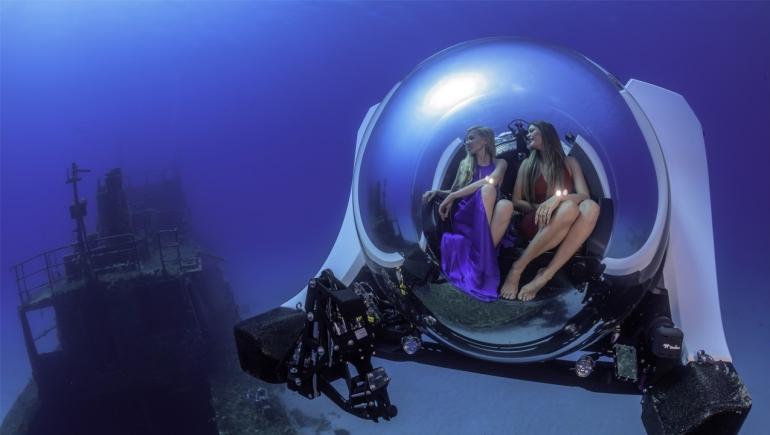 WHAT: U-Boat Worx Super Yacht Sub 3
HOW MUCH: US$2.67 million
FROM THE ARTICLE: “The luxury private submarine, from Dutch submersible manufacturer U-Boat Worx, can venture as deep as 300 metres underwater, and is so compact (3.2 metres long) and lightweight (3.8 tonnes) that it can fit on the deck of most superyachts. Manufactured in the Netherlands, the yacht can accommodate three people (a pilot and two passengers).” 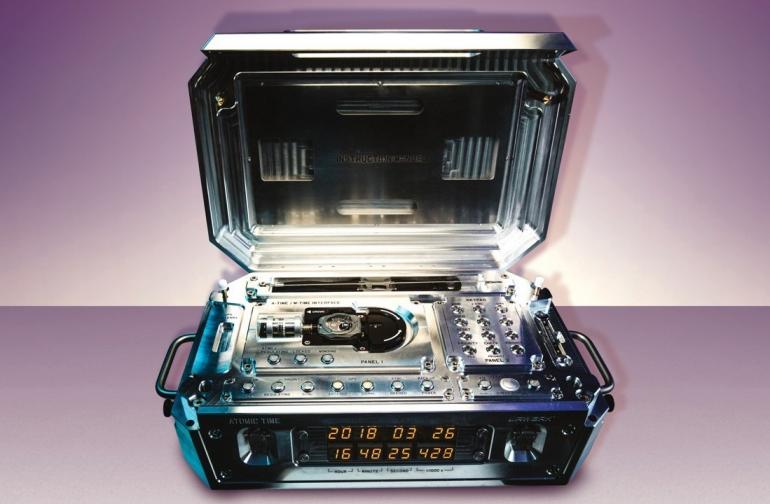 WHAT: Urwerk AMC
HOW MUCH: US$3 million
FROM THE ARTICLE: “The latest timekeeping creation from Urwerk looks like it was plucked out of a Science fiction film. The AMC, short for “Atomic Master Clock”, to be released later this year, is a master clock and slave wristwatch combo that will keep your watch in tip-top timekeeping condition – without you having to lift a finger.”

Tags from the story
SCMP, Top-10