British high-end audio company Wilson Benesch has launched its new flagship speakers that cost a whopping £140,000 (about $184K). Befittingly called ‘Eminence’, it is built upon three decade’s worth of R & D and takes the company’s Geometry speaker series to a whole new level. The Eminence introduces a long list of new technologies and developments that include: Tactic 3.0 mid-range and bass driver, the scintillating Fibonacci Silk-Carbon Hybrid Tweeter with a new decoupled motor design and the new A.C.T. 3ZERO Monocoque. Fibonacci is the latest version of Wilson Benesch tweeter technology and is an evolution of the semi-sphere that the brand introduced in 2012. Its faceplate is made from a carbon fiber composite structure and, along with the motor, is decoupled from the rest of the tweeter chassis – which according to Wilson Benesch achieves a flat frequency response, wide dispersion and low distortion levels. 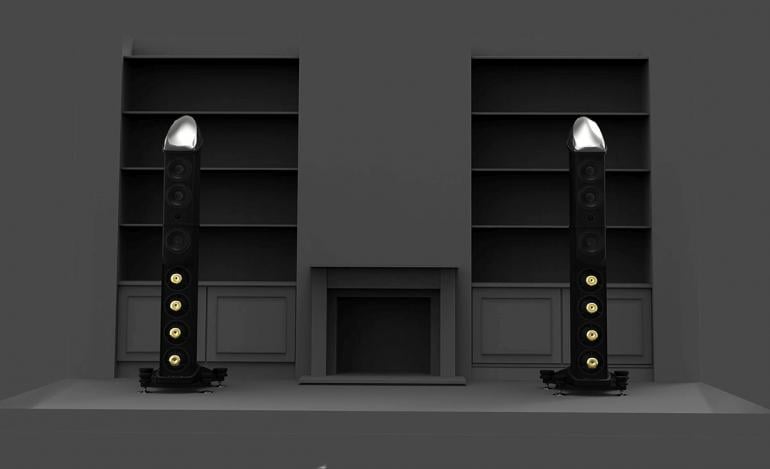 Wilson Benesch optimized the Fibonacci to work with the new 17cm Tactic 3.0 mid/bass drivers, which feature cones made of polypropylene for its stiffening and damping qualities. The midrange driver remains crossover-free, just like all the Wilson Benesch’s range-topping models. The A.C.T. 3ZERO Monocoque enclosure is made from a new proprietary core material that increases the stiffness-to-damping ratio of the cabinet by 30% – it is the most advanced Wilson Benesch enclosure ever built. Each loudspeaker weighs 145kg (320 lbs) and stands 199cms tall, by 28cms wide and 68cms deep.

Tags from the story
Audio-Equipment, Speakers