It goes to show if you are a a die hard fan of Harry Potter anything is possible. If you thought playing Quidditch in real life is impossible, think again. A group of skydivers achieved this almost impossible feat by playing a very realistic game of Quidditch 14000 feet up in the air. I’m talking real Quidditch here complete with goal posts, Nimbus 2000’s and Quaffle. With their skydiving suits and a parachute strapped on, these daredevils played one mean game of Quidditch high up in the sky. Oh well, the only thing missing was the Golden Snitch but that’s okay with us. If you’re able to prove Quidditch can be played in reality, you have our nod of approval.

…and it’s not just them sitting on a broomstick and defying all laws of gravity that got our attention. One of the players also manages to throw a Quaffle straight through the hoop with incredible accuracy…and like the actual game, this was one rough game with players swinging it out to score a goal. So all you Harry Potter fans, here’s the good news — Quidditch is real! 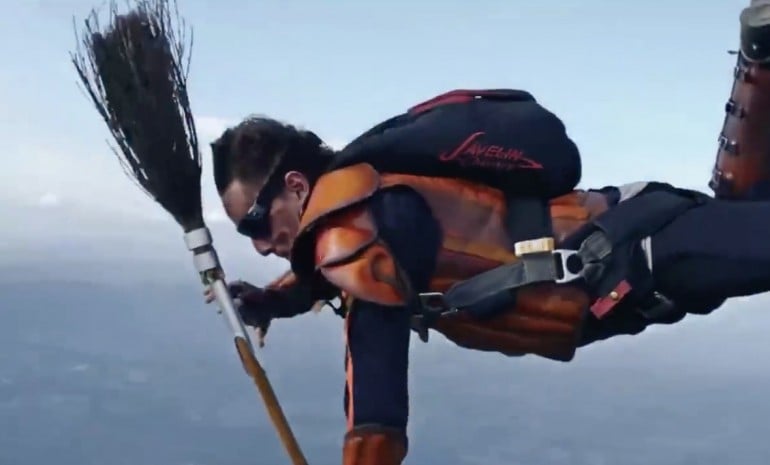 I’m just wondering…..is there anyone else out there other than me rooting to make this an actual sport?

Tags from the story
game, Harry-Potter