Long before Pokemon invaded the mobile screens, the world’s favorite anime character had found a place in people’s pockets. Pokemon trading cards made their way in 1996 and like with everything Pokemon they were an instant hit. To commemorate the 20th anniversary of the playing cards, Tanaka Jewelry which is Japan’s own Tiffany has released a special pure gold card based on the design of Pokemon’s first expansion pack which was released in 1996. The retro illustration of Pikachu with ‘blitz’ as the special skill set is sure to make fans nostalgic. 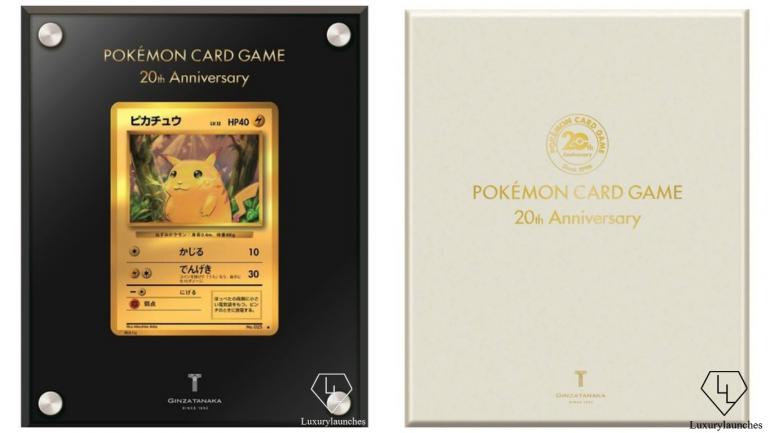