Our beloved tech giant, Apple is all set to re-open its store at London’s uber-chic locale – The Regent Street. Post its four-year overhaul, the central London store will yet again open doors for apple enthusiasts all over the city. It is renovated in close association with Foster + Partners and presents a crisp, fresh vibe that is bound to catch every customer’s fancy. 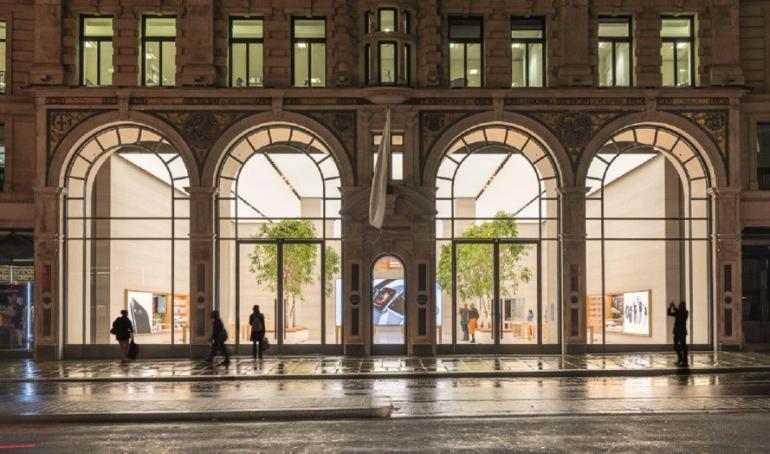 Located in a nineteenth-century building with a restored Grade II – listed façade, the new décor perfectly complements the architectural heritage and traditional craftsmanship of the locality with a renewed emphasis on transparency and accessibility. 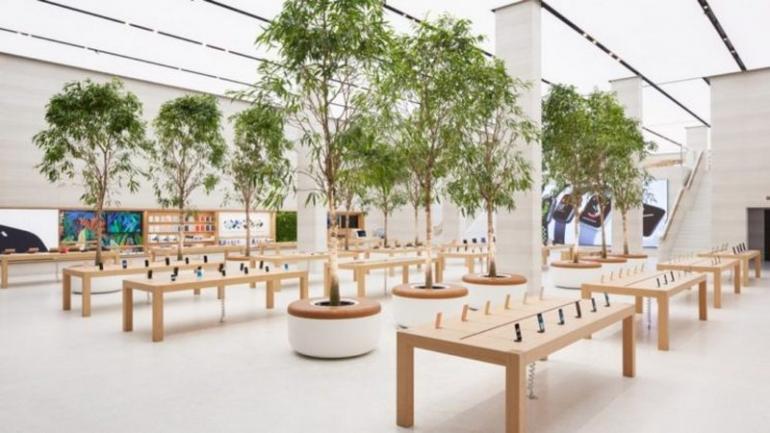 Inside, you are greeted to a tree-filled, double-heightened town square that invites you to engage, mingle, and lose yourself in a grand world of apple products. Submerged in natural light with fresh green plantings, the store aims at improving visual connections for visitors in an invigorating and fresh organic setting. 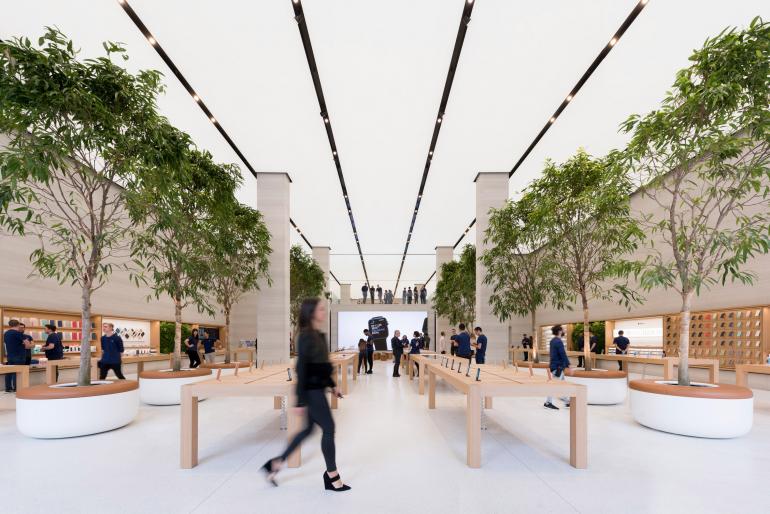 The wall facades are built in classic Portland stone, while luminescent panels – the longest in the world according to apple, cover the entire ceiling. Further, twin staircases of sandblasted and honed Castagna stone walls bring visitors to a re-modeled mezzanine that is built with the best Carrara marble and hand-cut Venetian smalti glass tile. 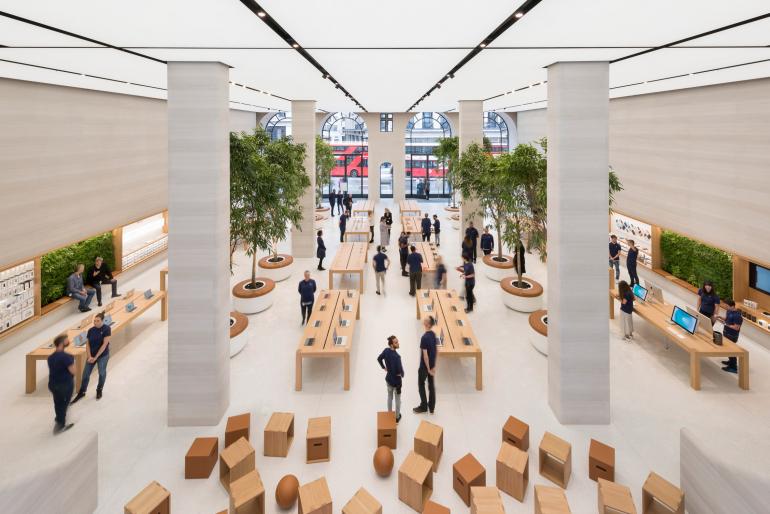 The store is categorically split into three parts – the Avenue, Boardroom, and Forum. While the Avenue houses an interactive wall display, the forum is a central space where customers can learn from experts and enjoy different entertainment content. Similarly, the boardroom nestles within it a meeting space for Apple experts, entrepreneurs, and developers. 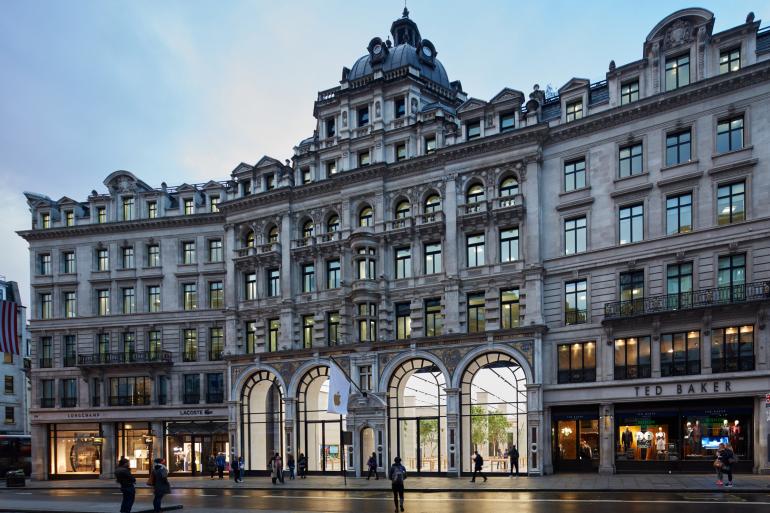 The tech giant recently bagged a coveted preservation award for sensitively repurposing historic buildings. The Regent Street store on similar lines is a spectacle of its own and a very unique amalgamation of traditional antiques and modernity. Refurbished into beauty, this new store is certain to appeal to all Londoners alike!