For anyone who has been to Japan knows the country’s love for Manga. Irrespective of age the comics have a following of their own and it’s huge. While manga related merchandise is nothing new, a Tokyo based company has decided to up the ante by making a solid gold statue of ‘Mazinger Z’ a massive super robot. The opulent statue commemorates the 45th anniversary of the comic and the 50th anniversary of the author ‘Go Nagai’ as a writer. A result of months of hard work the highly detailed statue has Mazinger Z in his signature beastfire pose. 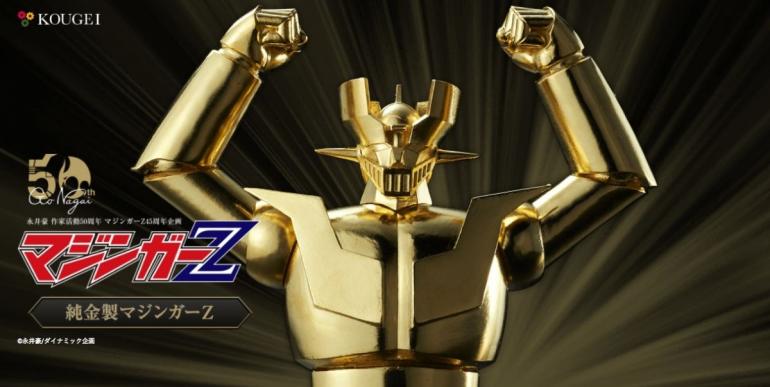 Two statues are available the bigger one is 130mm in height and limited to 5 pieces where as the smaller one is 70mm tall. The statues come in handmade boxes and cost 18 million Yen ($ 161,700) and 3.3 million Yen ($ 30,000) respectively. Before you call your banker in Zurich let me tell you that all the statues are already sold.

Tags from the story
Gold-Plated, Japan