When I first saw the trailer for Emily in Paris, I immediately set an alert on Netflix so I’d know exactly when it dropped. So you can imagine just how much I was enchanted by the premise and looking forward to being charmed by the city of romance and the talented Lily Collins (famous singer Phil Collins’s daughter).

Let me tell you straight up that I wasn’t disappointed. There’s been a lot of discussion about the 10-part first season and how it’s built on a foundation of rickety clichés. Well, true, but do you remember what American writer Mark Twain once wrote? ‘There is no such thing as a new idea. It is impossible. We simply take a lot of old ideas and put them into a sort of mental kaleidoscope. We give them a turn and they make new and curious combinations.’ So, it’s essentially what one does with the clichés that set you apart. 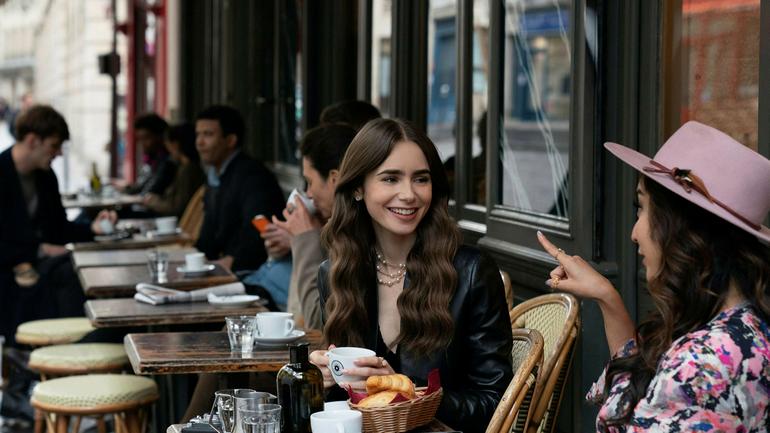 So yes, here you do have a typical American young woman, who is smart, outlet-mall clothed, brought up to think she knows everything about everything but is still raw enough to have starry-eyed expectations of Paris and love. She’s suddenly deployed by her company to provide the American perspective in a French luxury marketing agency, and arrives in the city, unprepared and not speaking any French. She’s pitted against polished Parisians, who also think they have all the answers and are really good at keeping her in her place — outside the inner circle.

Predictably, the first few episodes are spilling over with stereotypes on both sides of the divide — loud American, long European lunches, gauche Chicago chica turning to Instagram for company and validation, complex French relationships, etc, etc. But what’s wonderful is how the script (by creator/executive producer Darren Star, of Sex and the City fame) cleverly takes these very clichéd characters and circumstances and makes them absolutely refreshing and entertaining! The jibes seem real, the jokes never fall flat, the magic of the city works like a charm, the mojo is always rising. 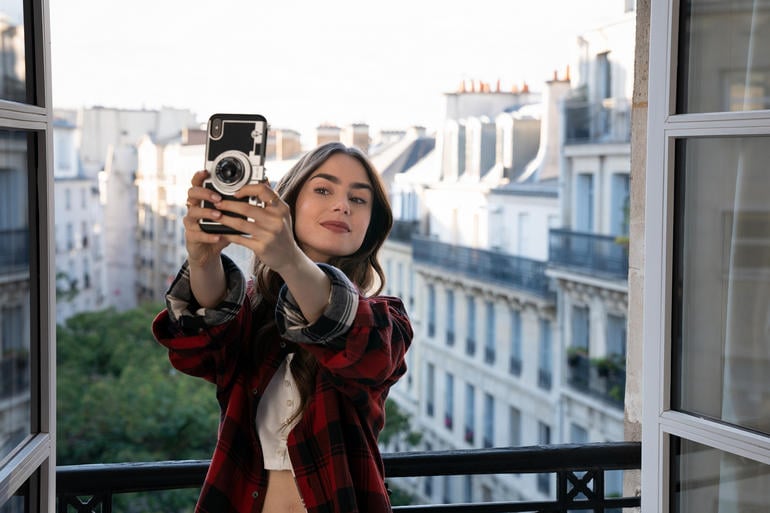 Emily, like most rom-com heroines, meets an inordinately high number of hot men, all inexplicably very interested in her. Be it Chef Gabriel (played by the classically handsome Lucas Bravo) or the suave player Antoine (William Abadie), they bring a serious amount of sizzle to the plate.

And then there are the friends she makes in double-quick time. The zesty, naughty Mindy (played brilliantly by Ashley Park) and the wholesome, happy Camille, both bringing substantial Joi de Vivre to the screen.

Besides these, what makes the series especially fun to watch (and a little bit of an education too!) are all her innovative marketing ideas for various luxury labels. Many on-trend dilemmas are delicately handled, such as influencer marketing v/s old-fashioned campaigns and what’s sexy v/s sexist. Emily’s character is also quite creative in the way she uses cross-promotions between her diverse clients.

So between brilliance at work, romantic escapades, and the parallel stories featuring her friends, Emily in Paris provides quite a lot of bang for your buck. Or, shall we say, Class A content for your click. It’s a rom-com at heart but has substance and sass in spades, with a narrative that surprises you in many little ways, even if the big-picture plot is predictable

I believe it’s for this reason, that it breaks demographic barriers. I’ve found several men being intrigued and impressed by it, including my own husband, who would never normally watch girl-meets-boy type of fare.

And then, of course, there’s Emily’s co-star. That dazzling, darling beauty who makes your heart beat faster each time you see her shining in yet another scene. The one that has inspired poetry and passion for centuries. The city of Paris — she’s as bewitching as ever. And perhaps even more so now, with travel being limited, this is the ideal way to be excited by her arrondissements, feast your eyes on her picture-perfect parks, be seduced by the scenes on the Seine.

All those French people protesting that the series doesn’t do them justice should stop and think. In these beleaguered times, where every country is looking for ways to boost its economy and revive its appeal to tourists, Emily in Paris is the ultimate travel brochure, reminding the world why the city (and the surrounding wine regions) are so enticing. Emily’s Parisian backdrop may be very right-bank-centered (all those postcard shots of the Eiffel Tower, mentions of Le Marais, a night at Palais Garnier and a bed promo in Montmartre!), with only limited dips into the cultural cauldron of La Rive Gauche, but the PR fantasy certainly works. I already have three different groups of friends dreaming of taking trips there next year! Luckily, there’s enough time for everyone to learn a little Français before landing at Paris-CDG!

Tags from the story
Netflix, Paris