The Geneva Motor Show being the most important automobile event on the motoring calendar, the biggest names from the auto industry gather in the Swiss city to show their latest and greatest products. With the events 88th iteration just one day away, here’s our list of 11 cars to be unveiled at the show that we are really excited about. 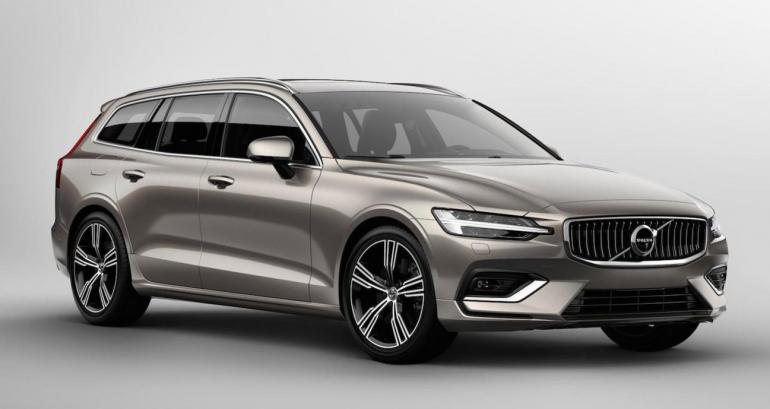 11. Volvo V60
Why – Making its public debut at the Geneva Motor Show is the new Volvo V60 wagon – the second model to be updated in the carmaker’s 60-series line-up. Sharing its underpinnings with three top-of-the-line 90-series cars, the 2019 Volvo 60 looks like a slightly shrunken down version of its elder sibling, the Volvo 90. The new model will also arrive with more semi-autonomous driving aids and will be available through Care by Volvo subscription plan that debuted with the recently launched XC40. 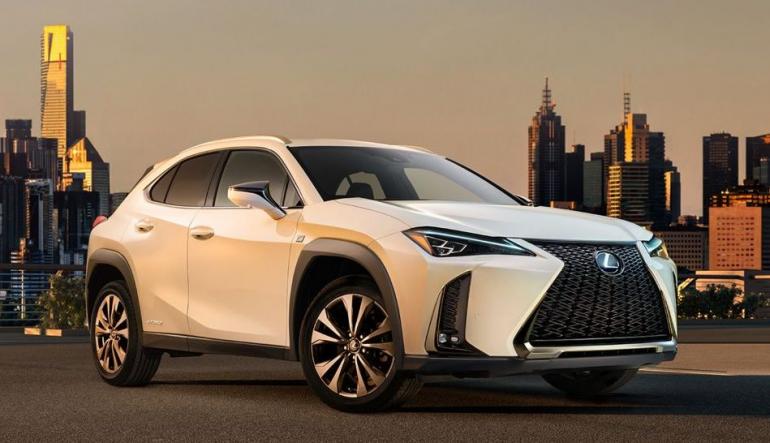 10. 2019 Lexus UX
Why – For the last couple of years in the automobile industry, the SUV market is the hottest segment witnessing all the most action. Lexus is coming to the Geneva with a new compact SUV called the UX. With a bold design language and aggressive styling, the Lexus UX is quite a looker – especially, the silhouette of the car. What’s even more interesting is that the production variant looks quite similar to the 2016 concept car with the same name and has retained most of its crazy design elements – something we rarely get to see. 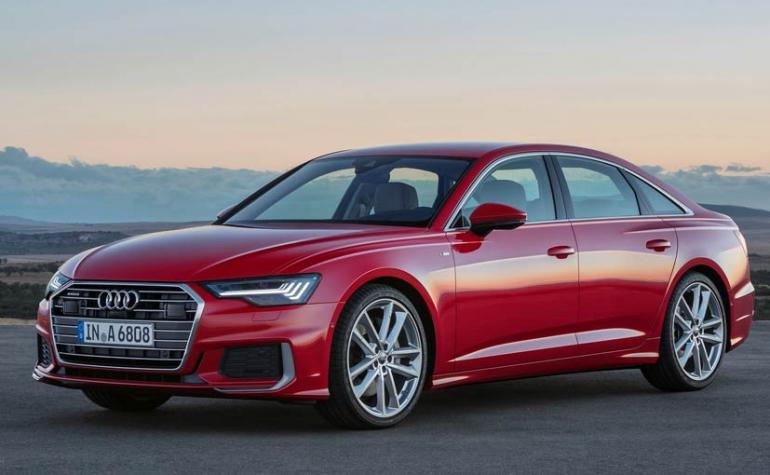 9. 2019 Audi A6
Why – After unveiling the next-generation A8 last year, the German automaker will debut the all-new Audi A6 at the 2018 Geneva Motor Show. The eighth generation model arrives with oodles of updates along with new mild-hybrid engines and a long list of latest tech features. The design has also been updated inside out to give the midsize executive sedan a more sophisticated, appealing look. It carries a lot of design elements inspired by the updated A7 and A8. 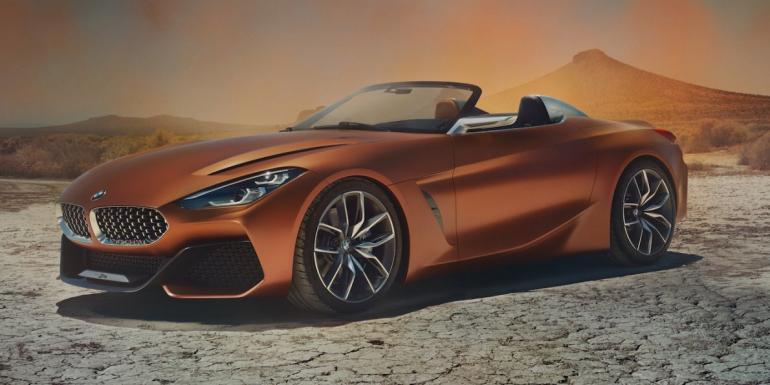 8. BMW Z4
Why – After seven years in production, BMW is going to replace the second generation Z4 sports car with a new model that will be unveiled at the Geneva Motor Show. The next-gen model of the two door roadster is a joint engineering project with Toyota and shares the underpinnings with the highly anticipated Toyota Supra. Although there is very little information available currently, but it is rumored to be powered by a 2.0-litre four-cylinder turbocharged petrol engine coupled with a six-speed manual transmission.

7. 2019 Jaguar I-Pace
Why – The I-Pace is Jaguar’s first ever all-electric car and is going to be one of the most important offering in the British automaker’s product line-up. Aimed squarely at competing with the Tesla Model X, Jaguar hasn’t been subtle in suggesting that it wants to beat the American electric carmaker in its own game. The styling is unmistakably Jaguar and the claimed performance figures and charging time and range hints towards a worthy battle between the two electric SUVs. 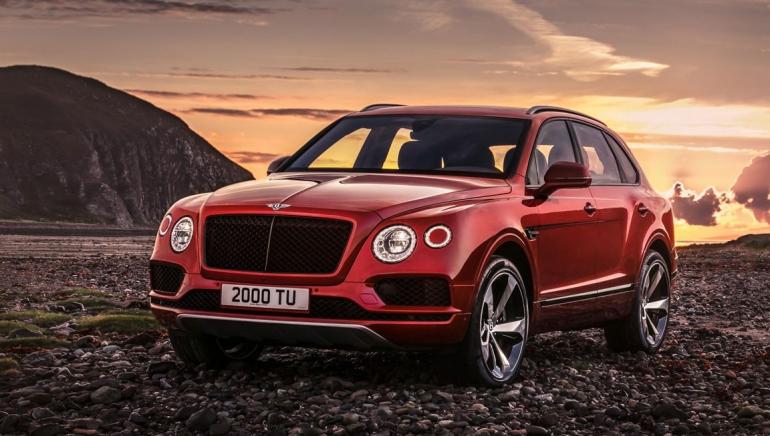 6. Bentley Bentayga
Why – It did not take the company’s first ever SUV, the Bentayga, to become Bentley’s highest selling model in their product line-up. And now, the British automaker is adding not one but supposedly two new variants to the Bentayga range. Thanks to ever-tightening emission norms and down-sizing, Bentley will now offer the 2018 Bentayga with a 4.0-litre twin-turbo V8 petrol engine and a speculated hybrid version with yet to be announced specs. 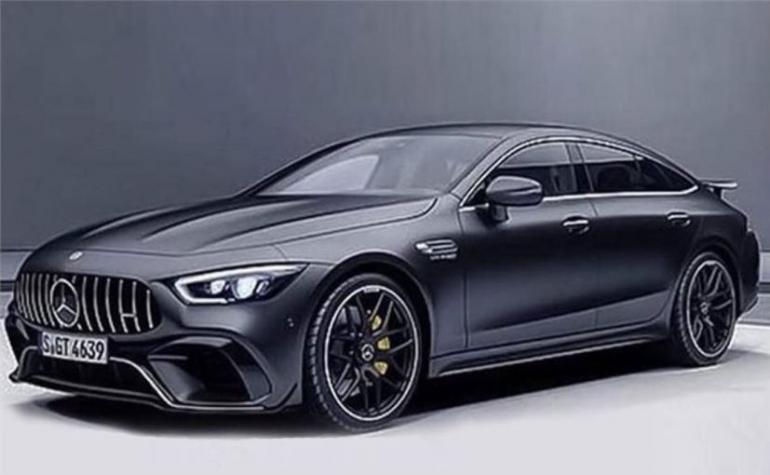 5. 2019 Mercedes-AMG GT
Why – Not to be confused with the Mercedes-Benz AMG GT supercar, the German automaker will unveil a four-door sports coupe at the Geneva car show which will come with a 4.0-liter turbocharged V-8 engine producing 604 horsepower. According to rumors, it can also arrive with hybrid engine option with a tarmac-ripping 800 horsepower on tap. This being the first dedicated AMG model with four doors and seats, it signals a new direction for the performance brand. 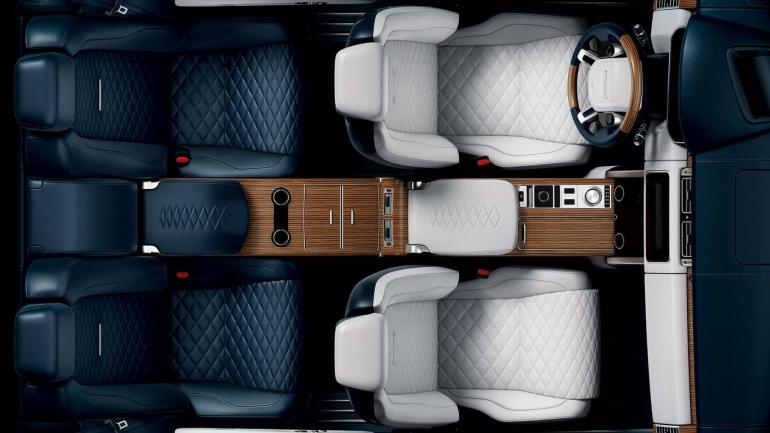 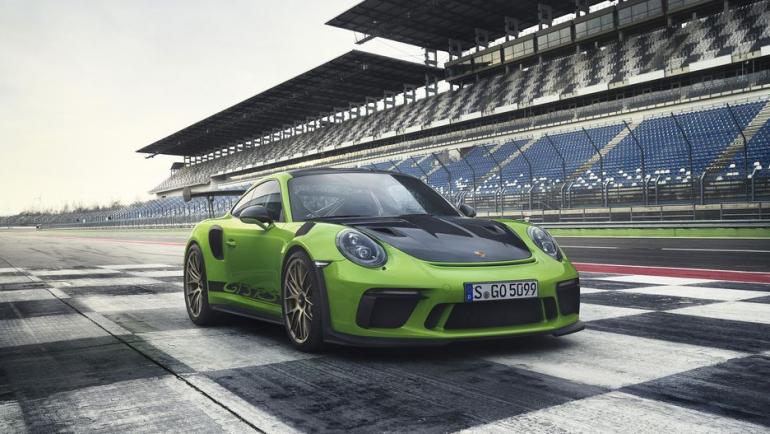 3. Porsche 911 GT3 RS
Why – To give a fitting send of the current generation of the Porsche 911, the German automaker will debut the new 911 GT3 RS at the 2018 Geneva Motor Show. The updated GT3 RS’s 4.0-liter six-cylinder engine has been tuned to produce 520 hp making it the most powerful naturally aspirated road-going Porsche money can buy. The bump in power has helped the track-focused sports car boast better performance figures than the previous model. It can go from zero to 60mph in just 3.2 seconds and hit a top speed of 194mph. 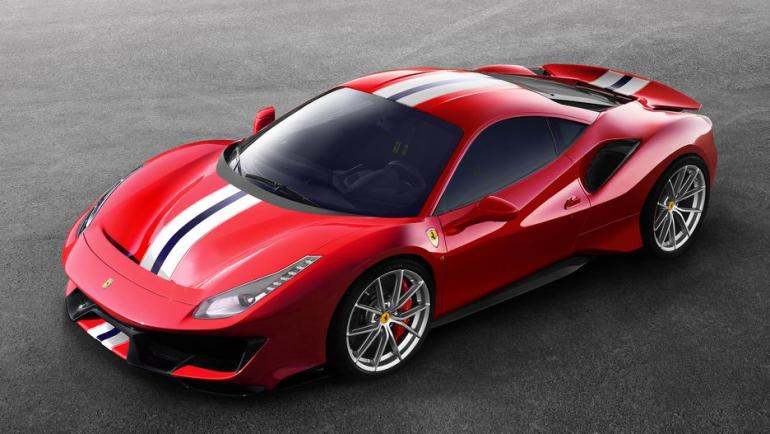 2. Ferrari 488 Pista
Why – Ferrari will unveil its latest track-day special at the Geneva Motor Show, the new 488 Pista. Ferrari has retuned the regular 488’s 3.9-litre twin-turbo V8 to increase the power from 661 to 711 horsepower, while shaving off almost 200lbs of body weight. Thanks to this, Ferrari says 0-62mph in 2.85sec, 0-124mph in 7.6sec and a top speed of ‘more than’ 211mph. There are also rumors that the 488 Pista can lap Ferrari’s Fiorano test track faster than the LaFerrari. 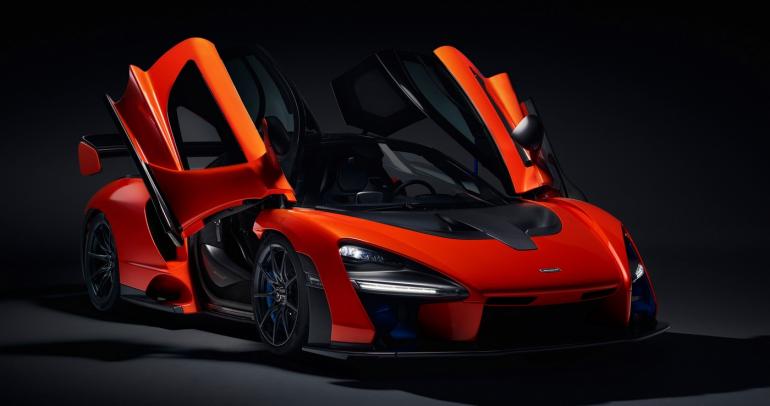 1. McLaren Senna
Why – This brings us to the most exciting car to be unveiled at the Geneva Motor Show – the million dollar McLaren Senna. Named after the legendary Brazilian race car driver Ayrton Senna, the sensation supercar represents the pinnacle of McLaren performance. Extremely lightweight carbon fiber body combined with some of the most extreme and advanced aerodynamics makes the track-focused Senna an uncompromising super-performer. The twin-turbo 4.0-liter V8 from the 720S has been retuned for the car to produce 789 horsepower and 590 lb-ft of torque. It is believed that the McLaren Senna is faster than the automaker’s P1 hypercar on the racetrack.