When it comes to building sturdy convertible automobiles, Porsche sure seems to have the know-how and has proved this yet again with the release of the new 911 Carrera convertibles. The car was released in two models, the 911 Carrera Cabriolet and 911 Carrera S Cabriolet, both scheduled to hit the asphalt by spring 2012. This also marks the seventh-generation of 911 Carrera cars with the new model using aluminum-steel construction and a new convertible design. The new Carreras come are chiseled out of magnesium and advanced high strength steel, helping cut down weight, increase speeds, and keep the fuel economy in check. 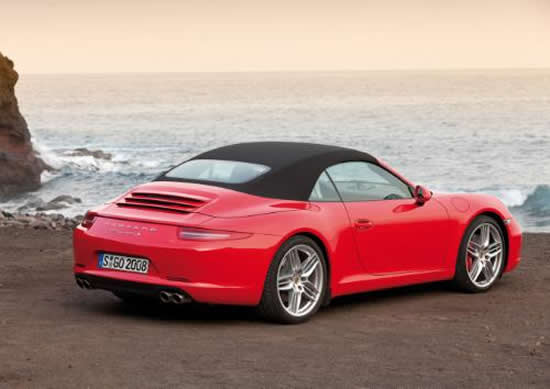 While the 911 Carrera Cabriolet hits 60mph in 4.4 seconds with a top speed of 177mph, the 911 Carrera S Cabriolet does the same in less than 4.1 seconds with the speed needle going all the way to 187mph. Priced at $97,300 and $108,000, these Carreras will bring back Porsche’s glory days in the world of luxury-sport automobiles.
Porsche