Gone are the days when pick-up trucks were nothing but functional tools without much in the name of creature comforts and amenities. Pickups are more of lifestyle vehicles these days; although most of them are still very capable, their buyers demand the latest and the best features – something that’s aptly demonstrated by the success of the top-of-line models that can easily cost upwards of $70,000. Right at the top is the F-150 Limited that has a starting price of more than $75,000. In an attempt to take a chunk out of its market share, Toyota has introduced a new halo trim for its third-generation Tundra pickup. The 2022 Toyota Tundra Capstone is positioned above the Platinum and 1794 models in the line-up and packs all the bells and whistles you’ll expect from a range-topper. 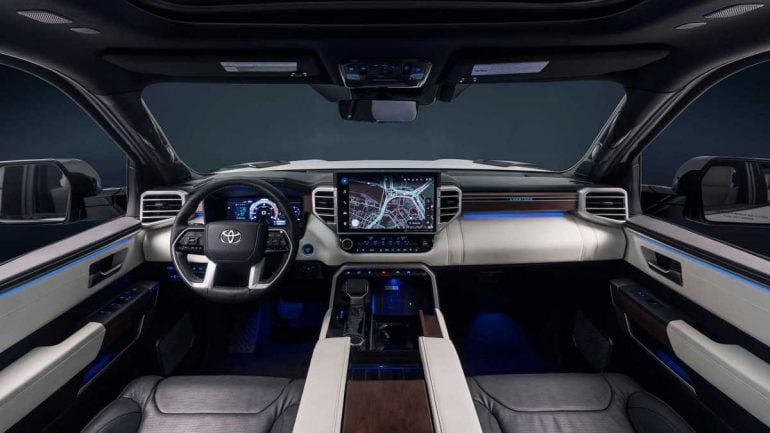 Powering the Tundra Capstone is the top-level I-Force Max turbo-V6 hybrid powertrain that produces 437 horsepower and 583 pound-feet of torque, giving it a towing capacity of 10,340 pounds. The combustion engine is mated to a 10-speed automatic transmission. The Capstone is exclusively available in CrewMax configuration with a 5.5-foot bed. Standard features on the flagship trim include a shiny set of 22-inch chrome wheels which happen to be the largest ever fitted from the factory, power running boards, a 10-inch color head-up display, and Toyota’s trailer towing package. The truck can be had in the Wind Chill Pearl paint as seen in the pictures here or any one of the following colors: Supersonic Red, Midnight Black Metallic, Celestial Silver Metallic, Blueprint, and Magnetic Gray Metallic. 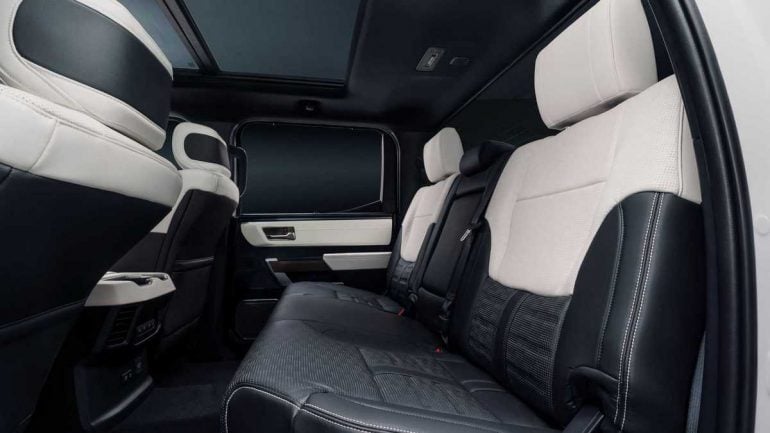 On the inside, the range-topping Tundra is upholstered in black and white perforated leather. The cabin also gets real wood inserts on the dashboard. The panoramic moonroof also comes as standard equipment, while an illuminated Capstone logo on the passenger-side dashboard sets it apart from the rest of the range. however, you’ll have to shell out extra to get rear self-leveling air suspension. The Tundra Capstone will arrive at the dealerships in Spring and the pricing will be announced will also be announced closer to the day it goes on sale, but we expect it to have a starting price close to $65,000 to undercut the F150. 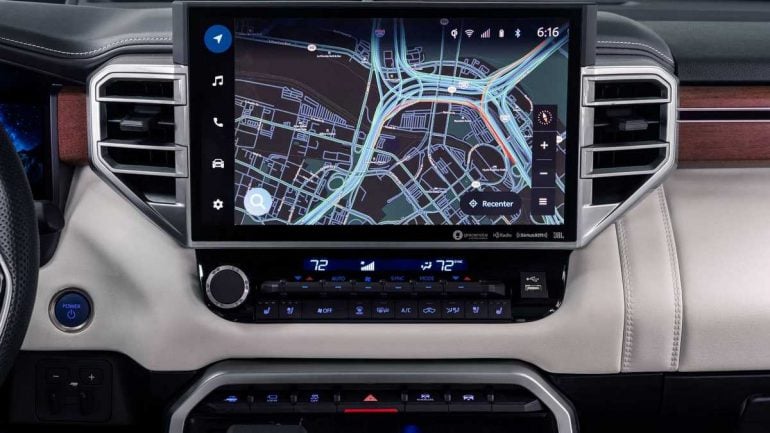 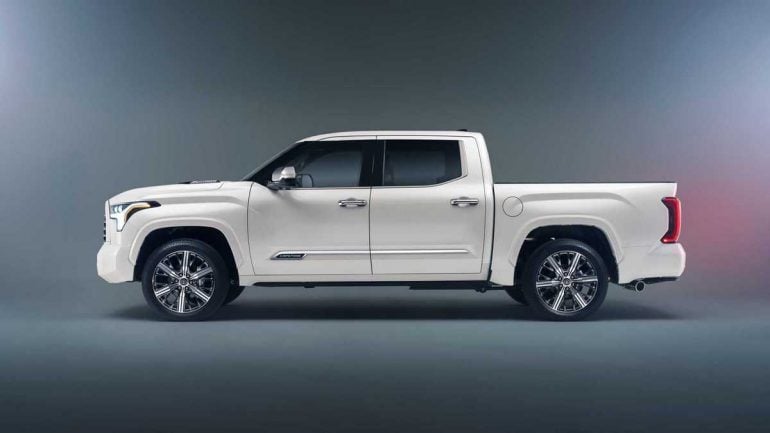 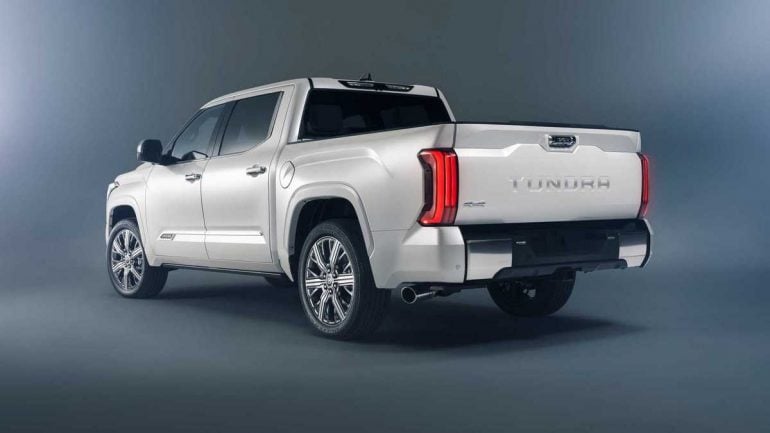 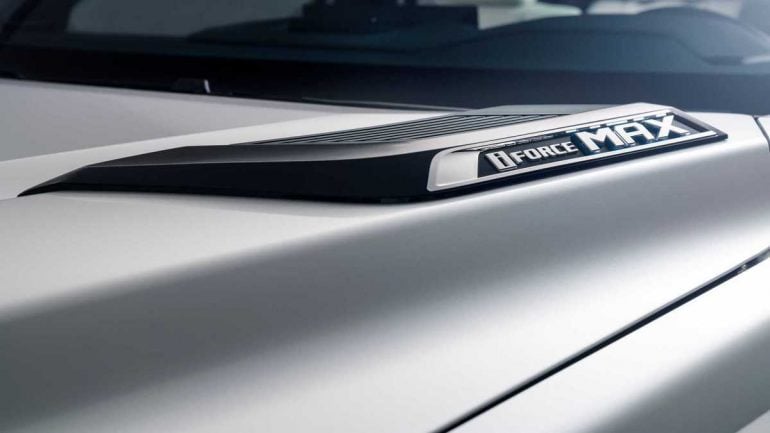 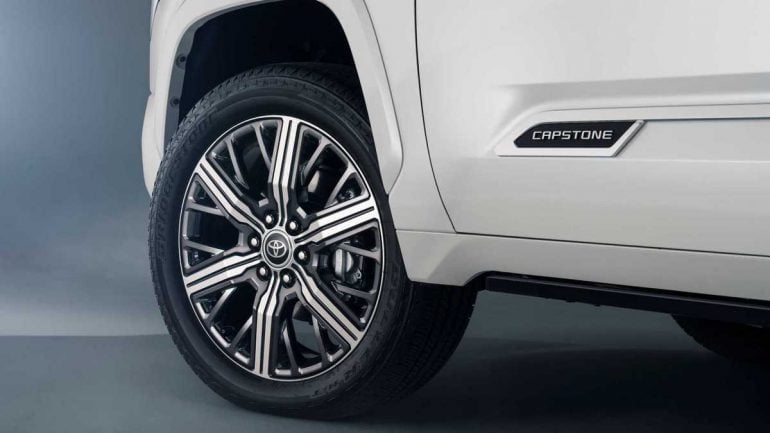 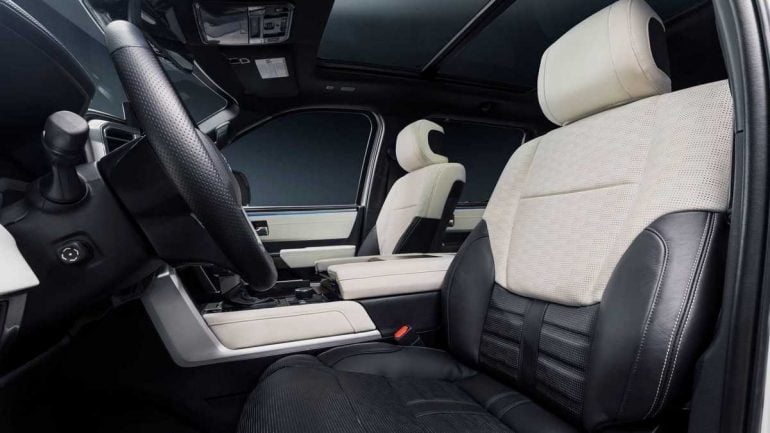 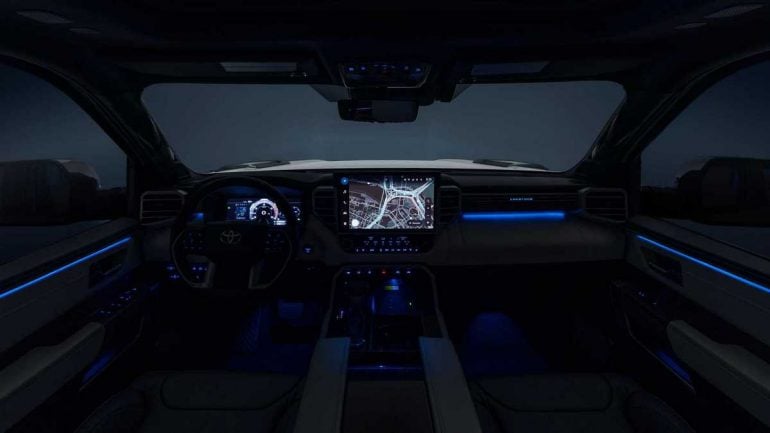 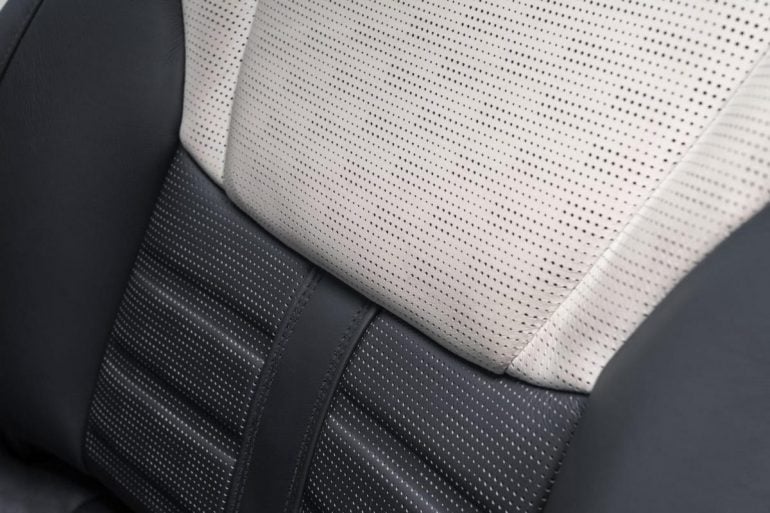 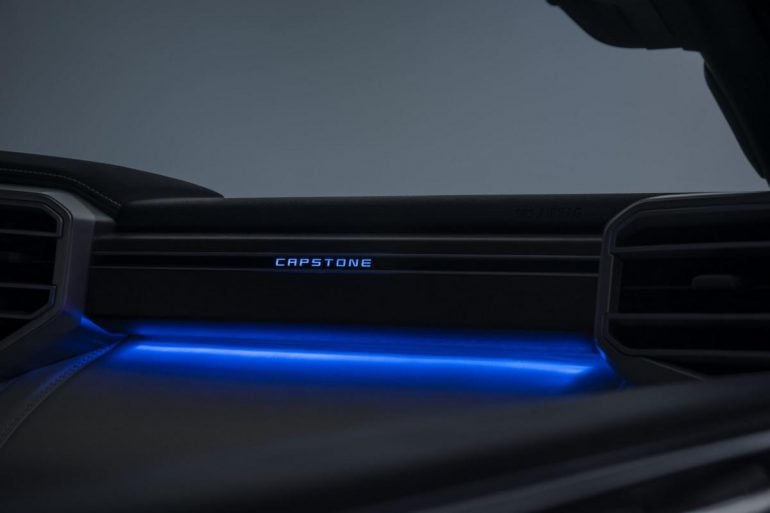 Tags from the story
Leather, Toyota