After weeks of previews and teasers, Audi has finally revealed the all-new 2018 A8. Unveiled at the Audi Summit in Barcelona on Tuesday, the German automaker’s flagship model was due for a major upgrade for a long, long time. And although, the exterior might not look a lot different from the outgoing model, but the new A8 packs a ton on new clever technology under the hood along with a completely revamped interior. Here’s a list of 7 interesting things worth knowing about Audi’s updated flagship luxury limo.

7. It comes with new laser headlamps
The old HD Matrix headlamps have been updated too. The new laser headlight assembly not looks better than before but also adds more functionality. The laser system effectively doubles the range of high beams at speeds above 43 miles per hour, which is when the system activates. 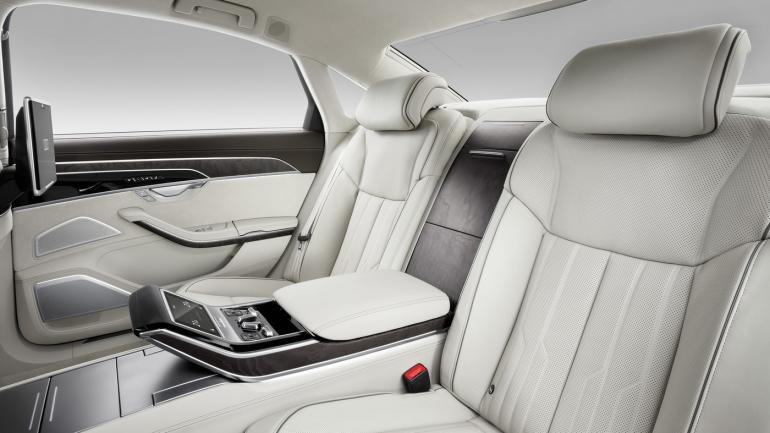 6. Plug-in hybrid model will debut later
More engine variants including the 4.0-liter V8 and the bigger W12 engine will be added to the range later. Audi has also said that there’ll be a very clever hybrid drivetrain available in the A8 long wheelbase version sometime in the future, which will come with a 3.0-liter V6 petrol engine paired to an electric motor to make 449hp and 516lb ft. Named the A8 L e-tron Quattro, the PHEV will come with 31.1 miles of electric range and a cool inductive wireless charging system. 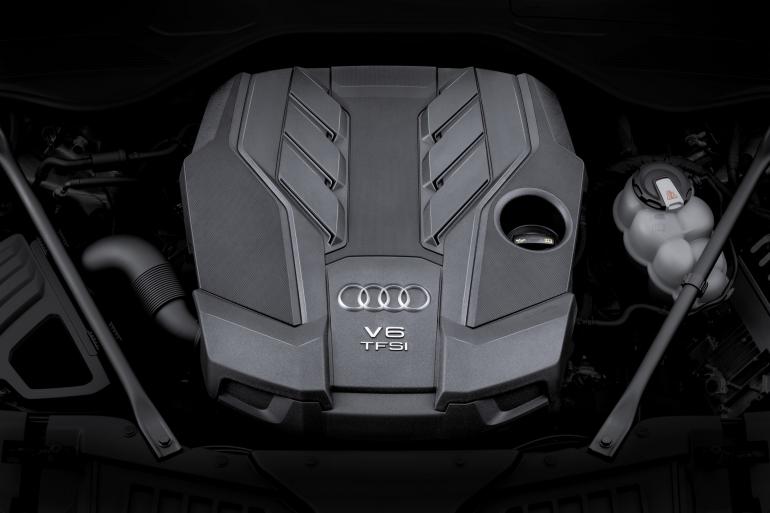 5. The new A8 is equipped with mild-hybrid system
The car will launch with a pair of turbocharged V6 engines – a 3.0-liter TFSI petrol mill good for 340 horsepower, and a 3.0-liter TDI diesel with 286 horsepower. But both the variants will come coupled with a mild-hybrid system as standard, which was announced by Audi sometime back. The system augmented by the 48V battery-pack will not give a performance boost to the engine but rather help it become more fuel efficient. With the help of the system, the A8 can coast for up to 40 seconds without the engine engaged, at speeds from 34 to 99 mph. The system also allows for slow-speed operation as well as start-stop functionality. 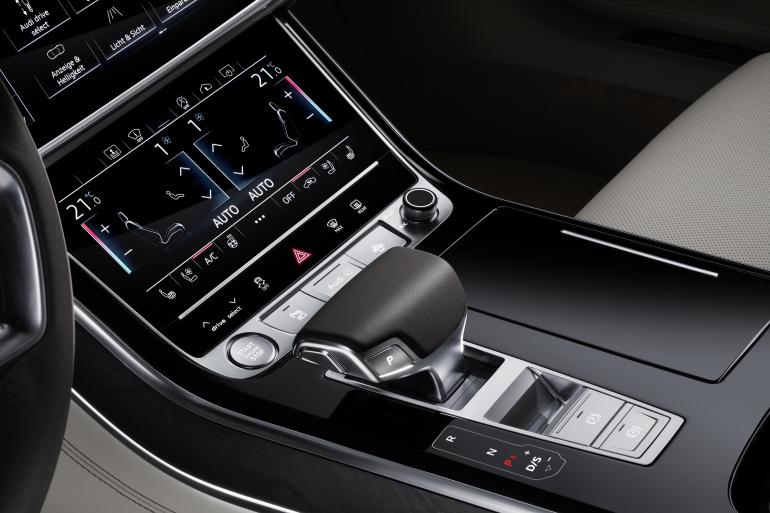 4. The old MMI system has been ditched for a pair of touchscreens
The interior of the Audi A8 has been completely revamped to make it one of the most modern cabins of a high-end luxury sedan on sale today. The old MMI system has been swapped for a pair of two big touchscreens stacked together on the center console. The bigger 10.1-inch touchscreen will be the main interface for the driver, while the second LCD screen replaces most of the switchgear. 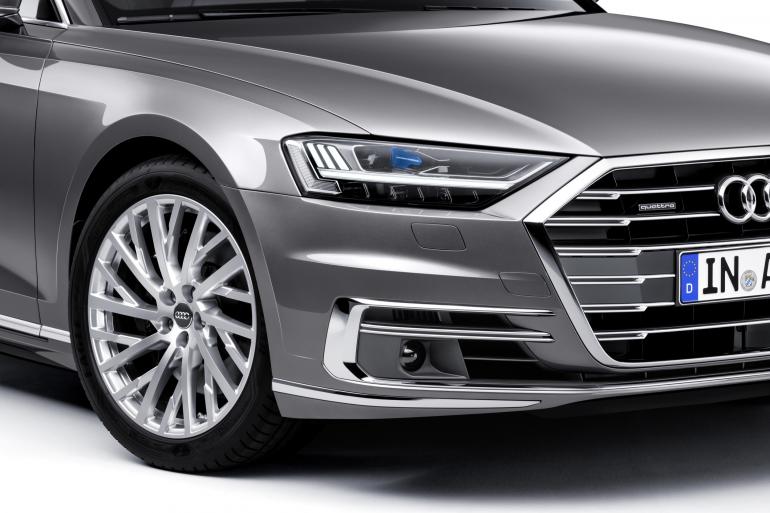 3. 2018 A8’s active suspension comes with AI technology
Another crucial upgrade to the 2018 Audi A8 can be found in the luxury car’s active suspension, which uses electric actuators to raise and lower each wheel independent of the rest. Augmented by AI technology and front facing camera, the new A8 can read bumps, potholes and road undulations to preemptively counteract by actuating the suspensions. Audi says the system also contributes to safety by vaulting the car’s body up in the event of an incipient lateral impact. 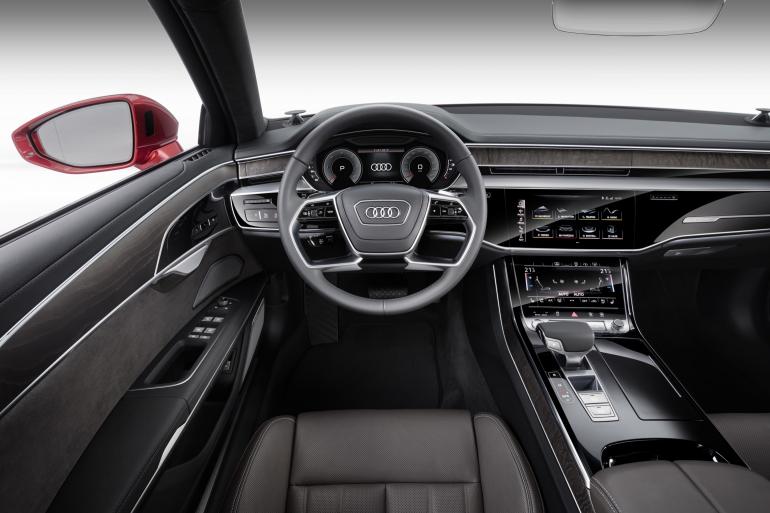 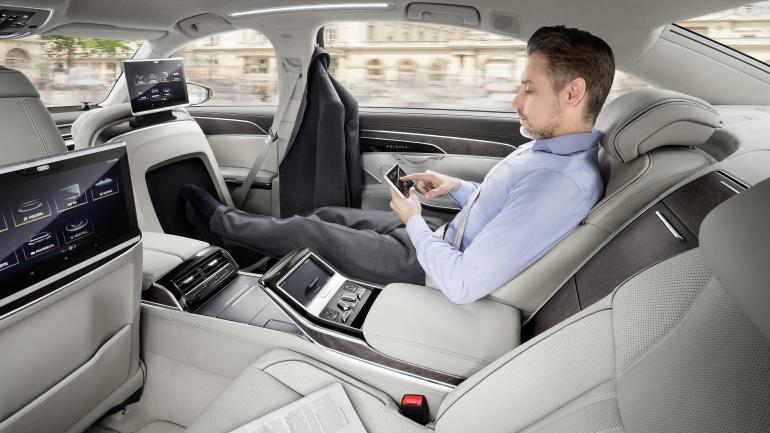