The Aston Martin DB9 has around for more than a decade now and the British marquee has been working on an all-new model that will replace it soon. To maintain customer interest before the production ends, the DB9 has just received the last round of updates that includes the addition of a new GT trim level. Dubbed the Aston Martin DB9 GT, it is being billed as the most powerful version of the DB9 yet and comes with a host of upgrades inside out. The DB9 GT features the same 5.9-liter V12 engine that’s being offered in all the Aston Martin models for quite a few years now. In the GT trim, the V12’s output is increased by 30 horsepower to 540, while torque remains unchanged at 457 pound-feet. 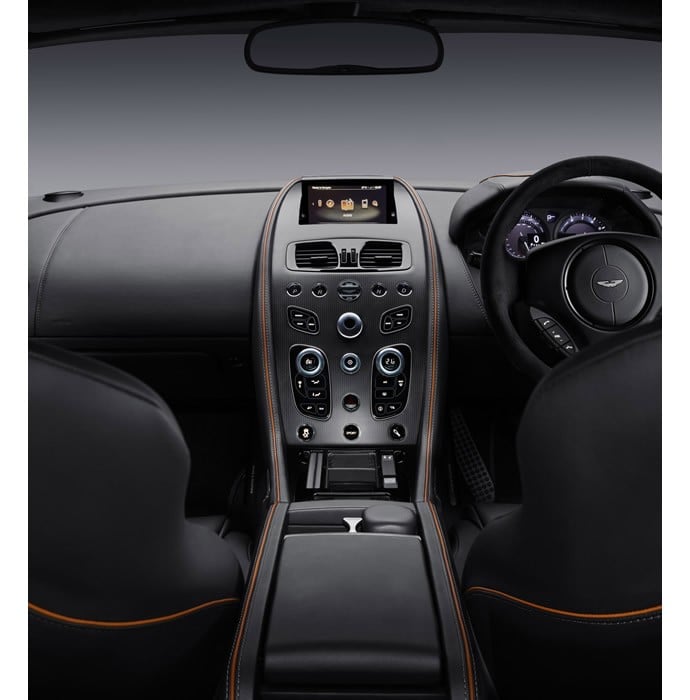 The all-alloy engine is coupled to a six-speed automatic transmission and rockets the DB9 GT from 0-62 mph in 4.5 seconds and on to a top speed of 183mph. In addition to the extra horses the GT packs under the hood, it comes with a number of updates inside the cabin along with a broader selection of colors and interior trim options. The DB9 GT comes with Aston’s AMi II touchscreen infotainment system pulled from Vanquish and an updated steering wheel that features a design inspired by the one in the One-77 supercar. Aston claims to have improved features including hands-free text messaging, vehicle status information, and customizable screen background themes. Bluetooth streaming audio is also a part of the package.

The changes to the exterior include model-specific 10-spoke alloy wheels, black anodized brake calipers, a black front splitter and rear diffuser, and revised headlights and taillights. Aston Martin will show the DB9 GT for the first time at the 2015 Goodwood Festival of Speed. The DB9 GT is available to order now, starting at $199,950. 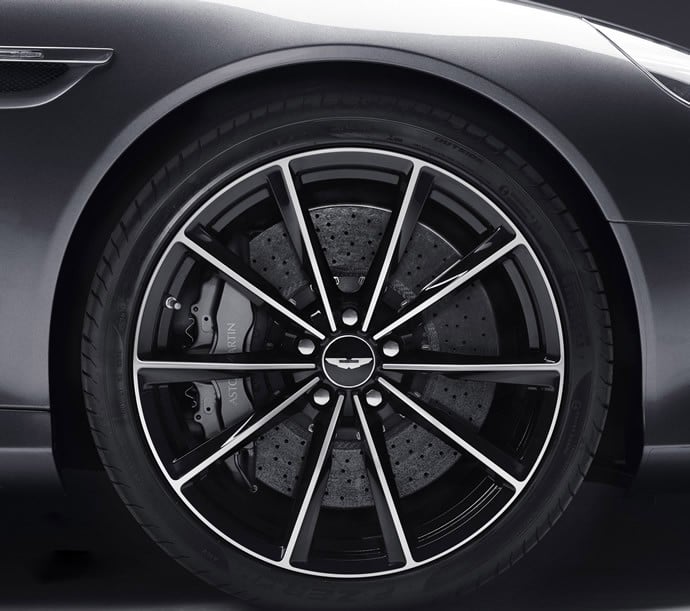