Last week, Audi released the first teaser video of its purported ‘A9 Concept’ which just showed the contours of a large luxury coupe or GT car. The wraps are finally off. Behold the new face of Audi as envisioned by the brand’s head of design, Marc Lichte, who is the man responsible for the new Prologue Concept that will debut at the LA Auto Show. The slick-looking Audi Prologue Concept hints at a luxurious two-door rival for the S-Class Coupe and future design direction for A6, A7 and A8. Described as a “signature car for Audi”, the prologue show car could also eventually manifest itself as the new Audi A9, but there is no official confirmation on that. 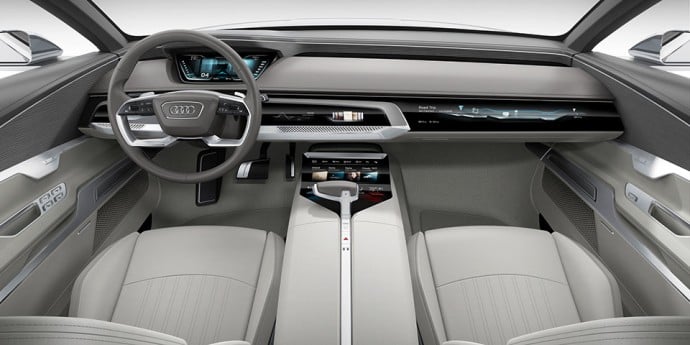 “When he moved to Audi, Marc Lichte launched a design offensive,” said Audi boss Ulrich Hackenberg. “His clear philosophy and precise understanding of Audi DNA let him develop a design strategy that is opening up entirely new perspectives for us. It is progressive and highly emotional; it expresses the technological competence and quality claim of the brand perfectly. The Audi prologue is its first proponent – it is a ‘signature car’ for Audi.” The two-door coupe features a 4.0-litre TFSI turbocharged petrol engine, tuned to produce 597bhp and 750Nm of torque. Audi claims, the coupe can race from 0-62mph in just 3.7 seconds, which makes it faster than many from the current breed of sports cars. The concept is large in size measuring 5,100mm (16.7 ft) long, 1,950mm (6.4 ft) wide and 1,390mm (4.6 ft) tall, while riding on a 2,940mm (9.6 ft) wheelbase. Audi also tells us that it has unladen weight of 1,980kg (4,365.2 lb) and returns a combined fuel consumption of 8.6 l/100km (27.4 US mpg), which equates to CO2 emissions of 199g/km (320.3 g/mile). As for the styling, aluminum and high-strength steel have been used extensively in the construction of the Audi prologue show car, coated in a pearl effect paint, which Audi says gives it a “warm and elegant appearance.” Chiseled headlights and massive 22-inch wheels are the dominant styling features of the exterior. On the inside, the futuristic theme is carried over combining the minimalist design and virtual cockpit from the new TT with cutting-edge technology and first-rate materials. 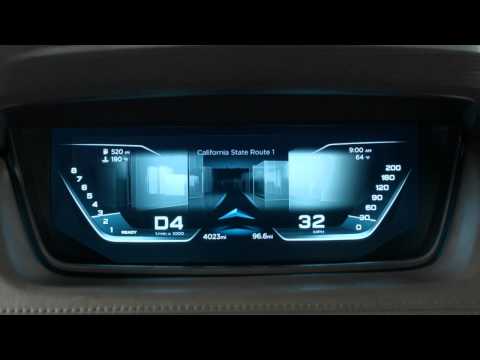