What you are looking at here is the world’s blackest Porsche 911, which feels weirdly disorienting and unnatural. This custom-painted Porsche sports car comes from the Land of the Rising Sun. To create the unusual black hole effect, Pit One Customs in Japan decided to paint the exterior of the Porsche 911 with a special paint called Musou Black. Created by a Japanese company called KoPro, it is claimed to be the world’s blackest water-based acrylic paint which is capable of absorbing up to 99.6% of the light that falls on it. There’s a whole YouTube video on how the Japanese custom car shop created the blackest Porsche 911, which starts off as a regular gloss-black Porsche and is transformed into a sportscar that nearly appears featureless and shapeless.

Interestingly, this custom-painted Porsche 911 is not the blackest vehicle in the world. That title goes to a custom BMW X6 that was showcased at the 2019 Frankfurt Motor Show. The sporty SUV was coated with the darkest black called the Vantablack. 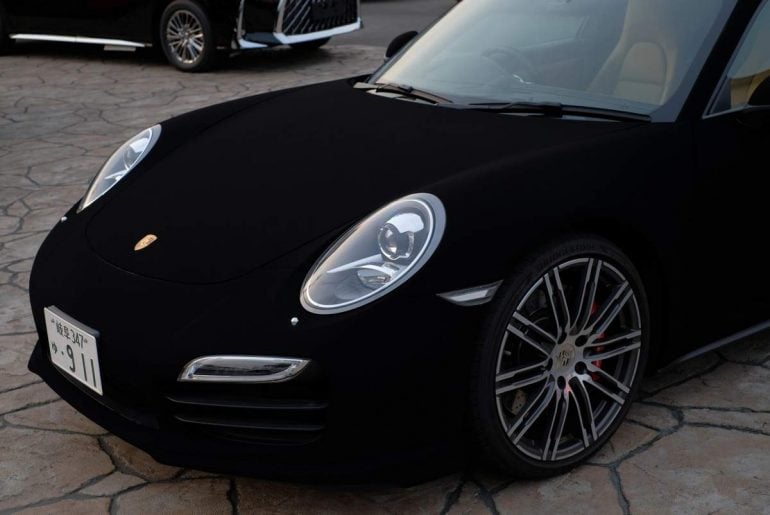 The special paint is capable of absorbing as much as 99.96% of visible light, effectively making it the blackest black paint in the world. The concept BMW X6 was created by creative agency Levitation 29 with the help of Vantablack’s maker Surrey NanoSystems. The idea behind it was to conceal the 2020 BMW X6 ahead of its debut in Frankfurt. Last year, a YouTuber spotted Ferrari using the same technique to hide an SF90 Stradale prototype instead of using camouflage wraps. 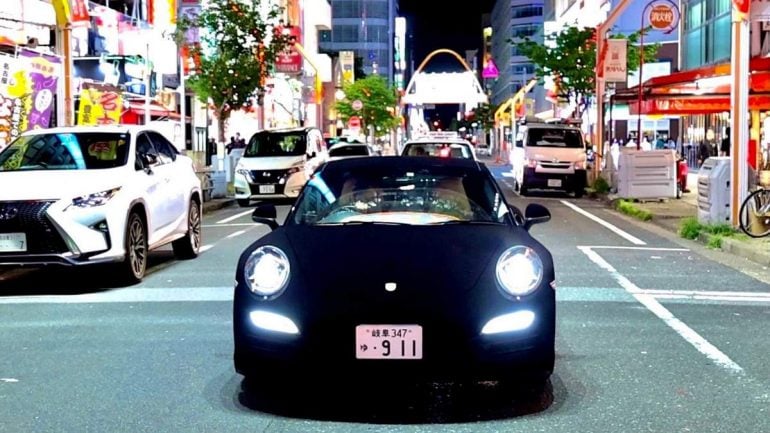 Tags from the story
Japan, Porsche-911