The Dolby Atmos surround sound technology that provides a cinematic, 3D sound experience has been around for a long time. The impressive technology premiered in 2012 the June 2012 premiere of the Disney/Pixar animated film Brave. And since then, it has transitioned from Dolby Theaters to a variety of home products including home theater sound systems, soundbars, televisions, PCs, and mobile devices. However, the technology is yet to reach in-car audio systems. But that’s about to change as Lucid Air EV is all set to become the first vehicle to offer Dolby Atmos audio inside. The American automaker announced that its “Surreal Sound” audio system will feature the immersive sound technology, which will be on offer as a standard feature inside the Air Grand Touring and Air Dream Edition models and an optional extra on the Air Touring and Air Pure trims. 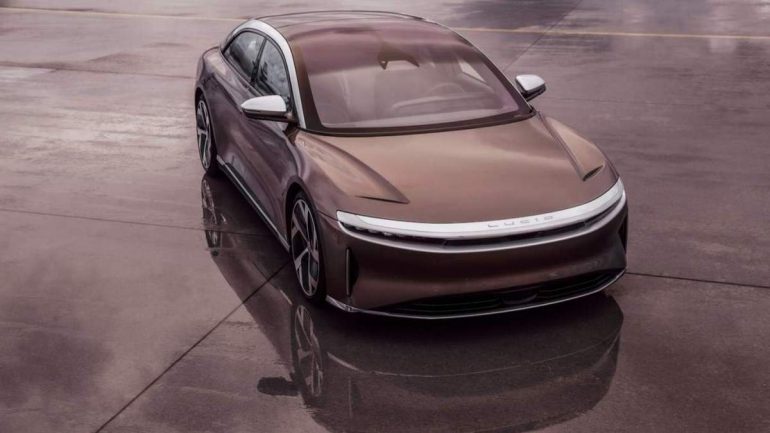 Lucid’s Surreal Sound system has an impressive 21-speaker setup that’s capable of handling the directional immersive sound of Dolby Atmos. To create a truly surreal experience, the audio system is equipped with front, rear, side, and height speakers that will feel the movement of the sound created by it. Lucid worked with Dolby to tune the Air’s system to attempt to mimic the auditory presence of Capitol Records’ Studio C recording space. “The big difference is the overhead speaker placement,” Lucid Motors Senior Vice President of Design Derek Jenkins said. “Along the inner pillars of the vehicle, we very carefully place the overhead speakers to optimize the full upper surround area. The alignment with those upper speakers and the lower speakers is critical for creating that dimensional experience.” 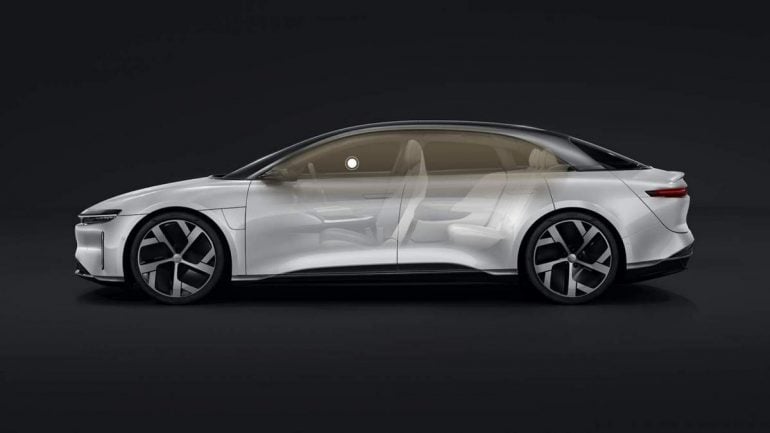 To experience the immersive sound offered by the system, you’ll need to have a subscription to high-res music that offers access to Dolby Atmos Music. Dolby Atmos Music is available on platforms such as Amazon Music, Deezer, and Tidal since 2019, and Lucid Motors plans on offering six months of streaming for free with both the Grand Touring and Dream Edition. But the audio system has more to offer. The EV maker claims that the Dolby Atmos technology will also improve the vehicle’s safety with the help of directional audio for notifications, warnings, and alerts. The audio system will give alerts that’ll come from the direction of the potential issue. Lucid Motors is currently accepting reservations for the Air EV on its website and the first deliveries are expected to begin in the second half of 2021. 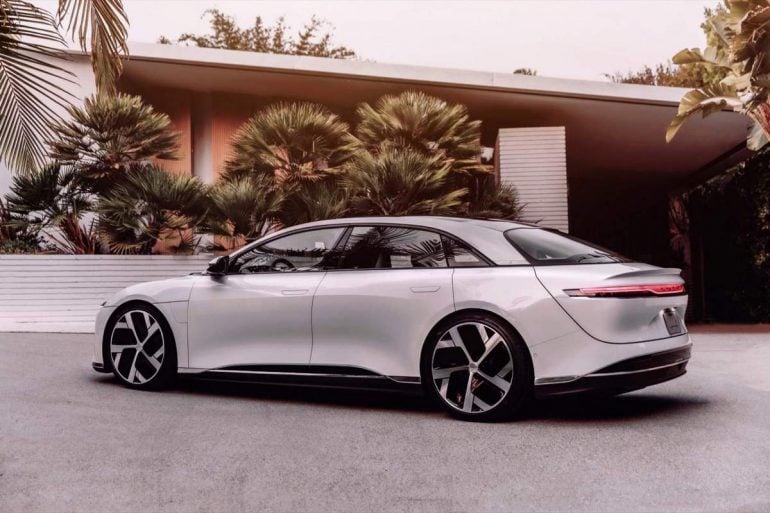 Tags from the story
Electric-Cars, Lucid