An angry woman protesting for her faulty X1 crossover barged into a BMW dealership in eastern China and sat on the hood of a brand new car, demanding compensation, which forced people at the dealership to call the police. It’s the latest in the string of similar events in China where miffed customers unhappy with the faulty products and bad after-sales service had to resort to extreme measures as a way to protest. The most famous of them happened way back in 2013 when a customer publically smashed his $420,000 Maserati Quattroporte with a sledgehammer in protest of bad service. In a similar incident in northeastern China, earlier this month forced a Mercedes-Benz dealer to give a woman a new car. 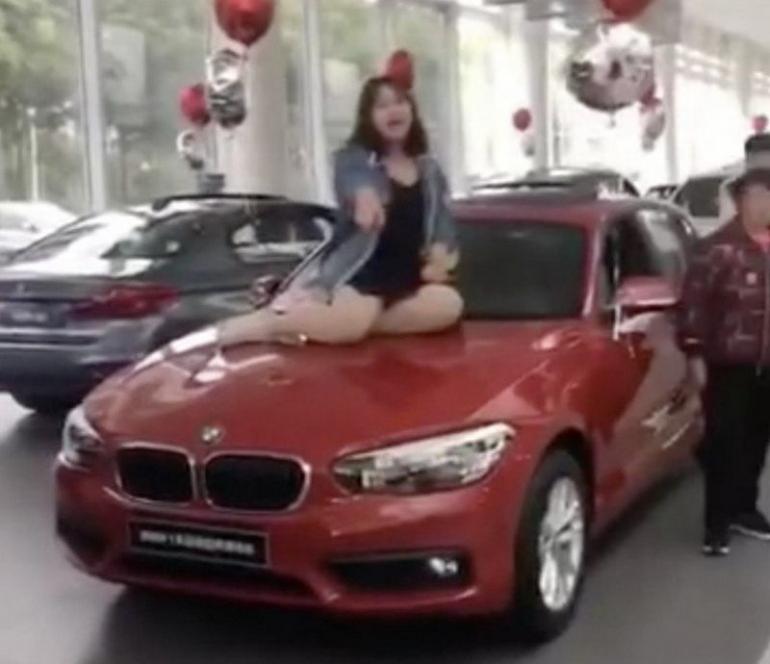 In this case, the unknown woman was demanding a compensation claiming that her BMW X1’s airbags failed to deploy during an accident which left the people inside the car with injuries. Before the cops were called to the scene, the staff at Baode Automotive Sales Service in Danyang, Jiangsu province, clicked pictures and videos of the women who managed to put a big dent on the hood of a new BMW. “What a BMW! There’s a problem but no one stands up to solve it,” the woman can be seen screaming in a video posted online. “She could have talked with us nicely. It’s not necessary for her to sit in our car. And the thing is that she destroyed our car,” a woman working at the dealership told news portal btime.com

Tags from the story
BMW, China