Baidu is China’s equivalent of Google, and both the companies are very similar in many ways. So you might expect the Chinese search giant to follow the footsteps of Google and invest heavily into smart technology and wearables; A Google Glass competitor from China to be more precise. Well, Baidu has introduced its first set of smart devices which includes a smart headset that recognizes voice and gesture commands and smart chopsticks. Yes, you read it right, smart chopsticks, and it all originally began as an April Fools’ joke! Over the years we have seen carbon fiber chopsticks, precious stones-studded chop sticks and even Louis Vuitton branded chop sticks; but this is something else all together.

You might wonder what purpose a smart chop stick would serve. In fact, the idea behind the Baidu smart sticks is pretty neat as it can be used not only to eat, but also to detect the quality of oil used in your food. The light indicator on the sticks glows red if it’s unsafe for consumption and blue if it’s safe. Since Chinese food typically requires huge amounts of oil, the chopsticks can make sure you’re ingesting fresh oil, not something that’s been used many times and is unsafe. Baidu CEO Robin Li didn’t reveal the price or release date for either products, but he promised that the chopsticks will also be able to detect PH levels and, more importantly for the health conscious, calories in food in the future. 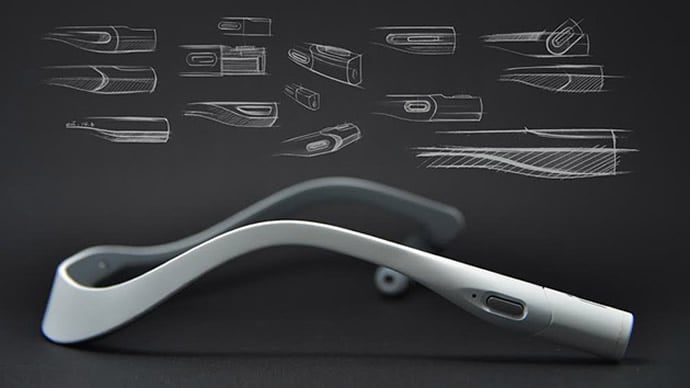