High-end cars usually boast heightened tech-quotient. And with the 2010 Paris Motor Show just around the corner, be prepared for loads of techno goodies to be on their way. Following the Bang & Olufsen High-End Surround System in the BMW Concept 6 Series Coupé, BMW is all set to launch a new and original set of accessories for gadgets like smartphones, laptops, and tablet PCs. Tucked inside the new BMW X3 is the BMW holder for the Apple iPad. This iPad cradle enables both horizontal and vertical mounting as per your convenience. Available for the rear-seat passengers, you can link it to a WiFi hotspot or a GPRS connection as well.

The alliance will also new BMW models with the new iPod Out function of new launched iOS 4 OS by Apple for the iPhone 4 and iPod. With this, you can connect and control music playback from an iPhone or iPod touch via the on-board monitor and vehicle control. 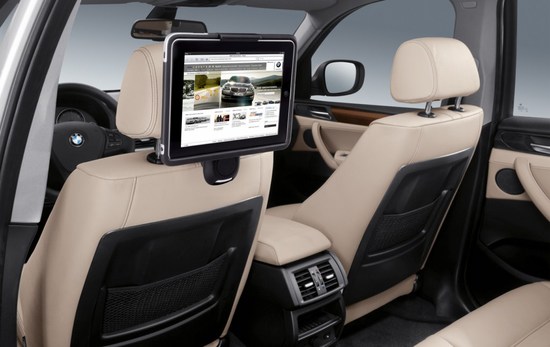 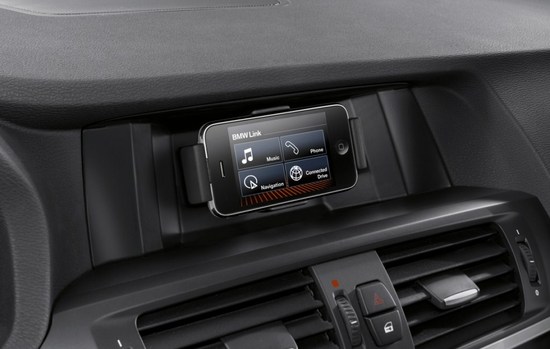