With the car industry witnessing the best period of sales for the last couple of years, the automotive world has become a very busy place with all the major marquees across the globe launching new models to cash in the booming sales. A lot of new and exciting cars are expected to roll out over the next few year and we have curated a comprehensive list of the ones that are worth waiting for. Here’s our list of the eight most compelling performance vehicles due to arrive over the next four years.

8. 2017 BMW M5
Why should you be excited – For decades, the M5 has been the considered as the undisputed champion in the four-door performance car segment. However, the last two generations have somehow lost the magic and charm of the original M5. Nevertheless, the seventh generation M5 is soon going to be launched and is expected to bring back the goodness of E39. As per what we know currently, the 2017 BMW 5-Series/M5 will share its platform with the soon-to-be-launched redesigned 7-Series, which use a mix of steel, aluminum, and even carbon fiber. But the biggest surprise comes in the form of an all-wheel-drive. A test mule was recently spotted with BMW’s xDrive. This move will not only expand M5’s appeal in countries with cold climates but also indicates BMW’s plans to make the already powerful sedan even more so. The next generation M5 will continue with the current 4.4-liter V-8, but with output boosted past 600 horsepower.

7. 2017 Maserati Alfieri
Why should you be excited – Thanks to the success of the new Quattroporte and the Ghibli, Maserati has more than doubled its global sales last year. The Italian marquee displayed a concept car named Alfieri at the last year’s Geneva Motor Show, and the booming sales helped the automaker confirm the production of the 2+2 coupe. Named after one of the three Maserati brothers who opened their workshop in 1914, the Alfieri will go head to head with the Jaguar F-type, the Mercedes-AMG GT, and the Porsche 911. The production version will receive three different V6 engine choices, producing 410bhp, 450bhp, and 520bhp respectively. Only the 410-hp engine is expected to drive the rear wheels; more-powerful models will come standard with four-wheel drive. All Alfieris will use ZF’s eight-speed automatic.

When and how much – The Alfieri was confirmed for production in 2016 by Maserati’s CEO last year and will go on sale with a starting price around $100,000. 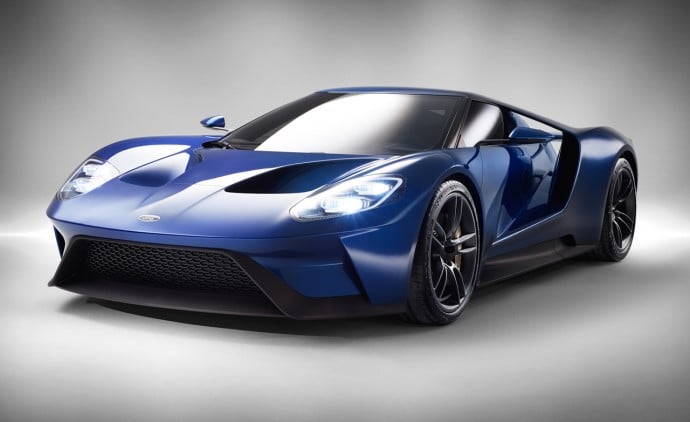 6. 2016 McLaren P14
Why should you be excited – The frantic pace at which McLaren is expanding its product line-up is simply astonishing. It’s hard to believe that just a couple of years back, the British automaker had just MP4-12C in its line-up. In the ever-expanding line-up, the car we are looking forward to is code named P14. A replacement for the 650S, the McLaren P14 in essence will be a junior-P1. The McLaren 650S, which was a reworked 12C, was a huge improvement from the car it replaced but the McLaren P14 will be much more than mere upgrades and improvements. The P14 will use a development of the MonoCell carbon-fiber tub and be powered by a retuned version of the proven 3.8-liter twin-turbocharged V8. To rival the Ferrari’s 661-hp 488GTB, it is rumored that the McLaren P14 will have more than 680 horses on tap.

5. 2017 Chevrolet Corvette Zora ZR1
Why should you be excited – GM’s head of global product development, Mark Reuss, recently confirmed that the company is working on the next Corvette. And believe it or not, the C8 will not be evolutionary but revolutionary as it’ll finally be the mid-engined Corvette that GM has teased us with for decades. By moving the engine from the front to the rear, the Corvette’s performance will significantly improve over the current generation. Small-block V8s will remain the engine of choice and, beginning with the Zora ZR1, GM will nestle the powertrain just in front of the rear axle.

When and how much – The 2017 model is expected to arrive in dealerships by the end of next year with a sticker starting at $150,000.

4. 2019 Lamborghini Asterion
Why should you be excited – While Ferrari, Porsche and McLaren jumped on the hybrid bandwagon a couple of years back for their flagship models, Lamborghini has still stuck to the old school formula of naturally aspirated engines. However, that soon is going to change as the Italian marquee is all set to join the holy trinity of LaFerrari, McLaren P1, and Porsche 918 Spyder by introducing a hybrid hypercar named Asterion. Christened with the name of the original Minotaur from Greek mythology, the Lambo Hybrid hypercar debuted in a concept form last year. It will be powered by a Huracán-spec 610-horsepower 5.2-liter V10 coupled to a seven-speed dual-clutch transmission with an integrated motor at the back end, while two electric motors power the front wheels. The combined power output will be 910 horsepower. The hybrid Lambo will be able to quietly go around town for 50km on pure electric propulsion.

When and how much – Lamborghini hasn’t confirmed the production of the Asterion and it won’t come anytime sooner than 2018. It’s expected to be priced close to half a million dollars.

3. 2017 Ford GT
Why should you be excited – When Ford came out with the first generation GT supercar in 2005, which was inspired by the iconic GT40 racing car, it became an instant hit with demand outpacing supply during the initial phase. However, countless problems and issues it suffered from severely damaged the desirability of what otherwise was considered to be one of the best-looking supercars. Nevertheless, we have a new one! Showcased at the Detroit Motor Show earlier this year, the 2017 Ford GT is wrapped in properly modern technology and looks like a serious contender to challenge the best of the supercars from across the pond. The design is still inspired by the original GT40, yet every bit of the design element is new and functional. The Ford GT’s central tub and bodywork are all carbon fiber, with the front and rear substructures and most of the suspension constructed of aluminum. As a result, the engineers are expecting the production variant to weigh less than 2800 pounds. In addition to it, unlike the first generation GT, the 2017 Ford GT won’t be a gas-guzzler as it will arrive with an efficient 3.5-liter twin-turbo V6 instead of a V8. Ford claims that the engine will make about 650 horsepower and the power will be channeled through a Getrag seven-speed dual-clutch transmission.

2. 2016 Ferrari 488GTB
Why should you be excited – Unveiled at the 2015 Geneva Motor Show, the Ferrari 488GTB is the replacement for the Ferrari 458 sharing several design elements and underpinnings. The Ferrari 458 might still be one the best looking supercars in the world but it was time Maranello gave it a facelift. However, the 488GTB is a lot more than a facelift. It features some crucial updates including an all-new powertrain under the hood. Gone is the naturally aspirated goodness of a V8, which has now been replaced by a smaller, more frugal, yet more powerful twin-turbocharged 3.9-liter V8. The new engine has 488cc-per-cylinder displacement, hence the name. With 661 horsepower, it’s substantially more powerful than the California T and the model it replaces, the Ferrari 458. In addition to the change of engine, the 488GTB has a refreshed exterior design, which is more aerodynamic than 458. However, Ferrari has chosen to stick with the chassis of the 458 by underpinning the 488GTB with a modified version of it.

When and how much – Production has already begun and Ferrari will start delivering by the end of this year. The pricing has not been confirmed yet but it is expected to cost same as the 458 with a minor bump. 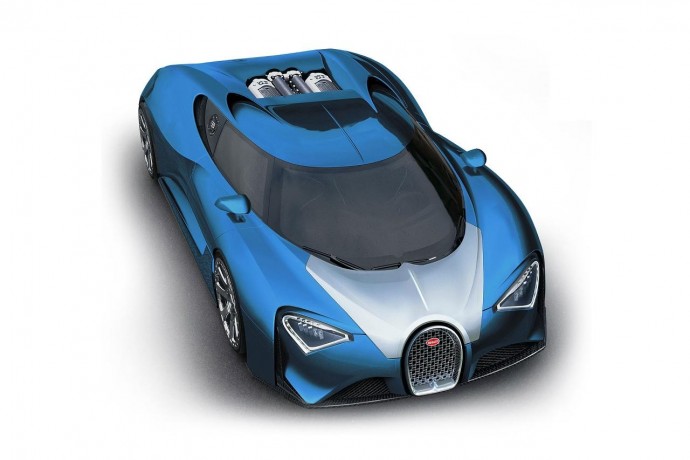 1. 2017 Bugatti Chiron
Why should you be excited – We end the list with the most highly anticipated car of this decade, the Bugatti Chiron. Named after Monaco-born racer Louis Chiron, it will replace the recently retired Bugatti Veyron, the 258-mph hypercar that still comfortably wears the crown of fastest production car. Bugatti has been keeping quiet about the Chiron and most of the information available as of now are either purported leaks or just rumors. However, a test mule was recently caught in a blurry armature spy video shot in Germany suggesting a completely new design. According to rumors, the Chiron will come with a modified version of the 8.0-liter W16 engine that powered the Veyron. The mill will use direct fuel injection and at least two electric turbochargers to develop over 1,500 horsepower and 1,106 foot-pounds of torque. This will help rocket the Chiron from zero to 62 mph in two seconds flat and reach a maximum speed of 288mph.

When and how much – Rumors claim Bugatti will introduce Chiron by 2016 with production beginning at the end of that year. As for the price, we can only guess. We expect it to cost in excess of $2.5 million.

Tags from the story
Best-Of, Cars