Singapore Airlines first class flyers will have reason to rejoice as the airline will reveal its all-new Airbus A380 first class suites mid 2017. We don’t know much as the details of the new Suites Class would be revealed only in the second quarter of 2017 but we do know that the A380 will have 6-8 Suites, rather than the current 12. The suites are going to be substantially bigger and cozier. Singapore Airlines may also be moving the Suites Class to the front of the upper deck, while it’s presently on the lower deck. Given that the airline has always been on the front when it comes to innovation we won’t be surprised if they come up with something really impressive for their newest A380s. 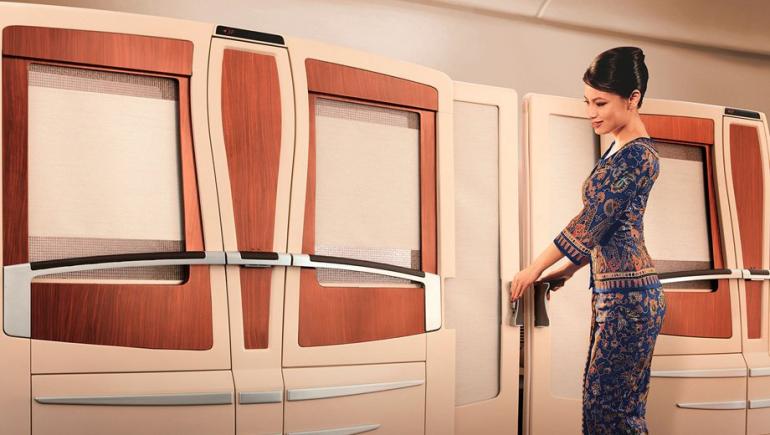 Incidentally, the airline will take delivery of a new A380 flown in from Airbus HQ at Toulouse to mark its 10th anniversary in October with four more new A380s following as they work to renew its fleet.

Tags from the story
Singapore-Airlines