Turkey has consistently featured in the top 10 tourist destinations in the world but in the last few years it has jumped a few places to become one of the most visited countries by foreign tourists in the world just behind France and Spain; more than 35 million foreign tourists visited Turkey in 2012. The Turkish Airlines has also been ramping up its operations in a bid to become the world’s most dominant airlines company which will make the Istanbul airport a crucial stopover in the East-West corridor. Turkey is planning to massively develop its tourism based infrastructure to meet the growing demand and as a part of that process, the Turkish authorities have unveiled their plans to build the world’s largest airport terminal in Istanbul that will be capable of accommodating up to 150 million passengers a year. 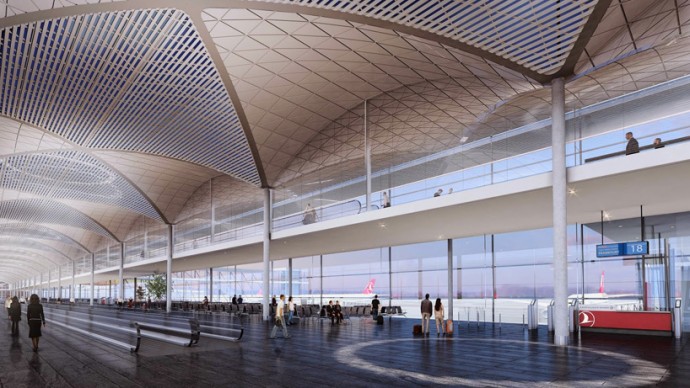 Currently, Dubai’s Grand Terminal 3 is considered to be the biggest in the world which opened its doors in 2008 and was built at a cost of $4.5 billion. But soon the title will be snatched by Turkey’s Istanbul Airport which will be fully functional by 2019. A trio of Grimshaw, Nordic Office of Architecture (Oslo) and Haptic Architects (London) will partner together to design the Istanbul New Airport Terminal One and claim that it will become the ‘world’s largest airport terminal under one roof”, covering a site of nearly 100 hectares.’ The airport will be located 20 miles outside the city on the Black Sea coast and will be built in four phases, with the first expected to open its doors in 2018 and serve up to 90 million passengers a year. To integrate with existing rail, metro and bus routes, the airport will have a large plaza and transport hub. The new airport would also help boost the country’s bid for the 2020 Olympics. 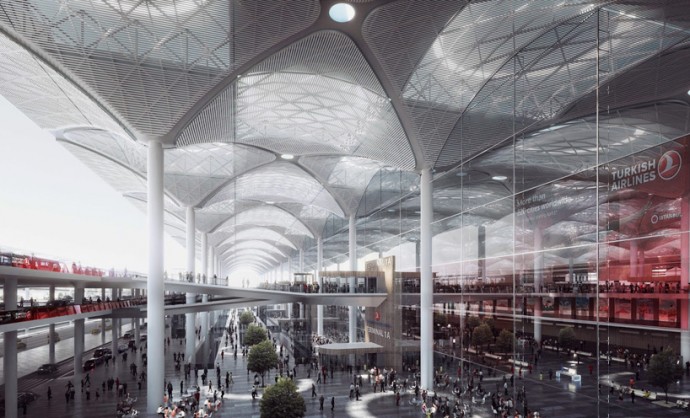 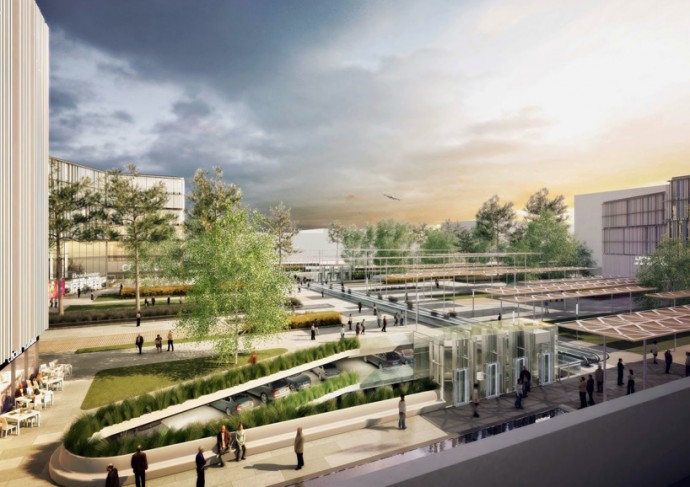 Tags from the story
Airport, Worlds-Largest