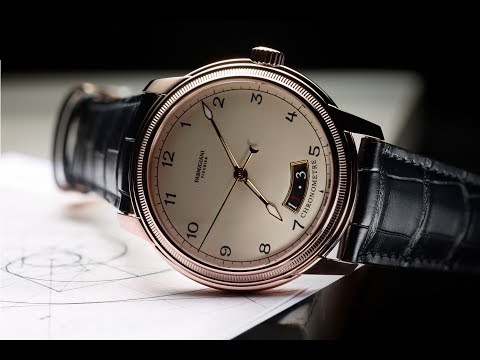 Taking its name from its founder, watchmaker and restorer Michel Parmigiani, the fine watchmaking brand was founded in 1996 in Fleurier, in the Swiss valley of Val-de-Travers. With its own independent watchmaking center, the brand has both full control over the production process and unique creative freedom. For twenty years, the Parmigiani Fleurier signature has resided within timepieces that command utmost respect. From the very beginning, the unique bezel which alternates gadroons and knurling, has been Toric’s distinctive characteristic. Mr. Parmigiani has a great passion for architecture. He based the bezel’s design on the structure of a Doric column, the purest symbol of ancient Greek architecture. The bezel’s knurling, the Toric’s signature, is created by the only craftsman in Val-de-Travers to possess this skill and he has been working with Michel Parmigiani since 1996. 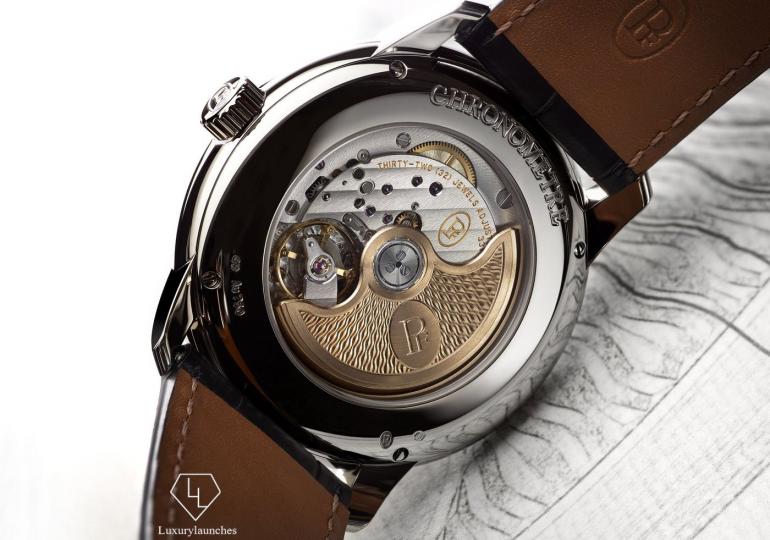 At 40.8mm wide and 9.5mm thick, the Parmigiani Fleurier’s Toric Chronomètre is a bit larger but the elegant case has been redesigned to sit more snugly on the wrist, making it more comfortable to wear. The curved contours not only add dynamism into the design but also made it more ergonomic. The crown has also been turned into a more imposing feature of the overall design. Parmigiani Fleurier offers the case in either 18k white or red gold and both the versions are available with either the black or white dial colors. The case encloses the COSC-certified PF331 proprietary caliber, whose components have all been painstakingly decorated. Comprised of 220 components, it features 32 jewels and a power reserve of 55 hours.

The dials are available in black opaline or a white grained version that bear an understated, textured finish created by brushing its surface with a mixture of salt and silver powder. The long luminous-coated Javelin hands make this model distinctive from other Parmigiani Fleurier watches and bring the dial to life without disturbing the understated aesthetics of the watch. The Arabic hour numerals are in an elegant, vintage-inspired font that is perfectly legible. The date appears in a curved aperture at 6 o’clock and the contrasting colors between the date disc and the dial adds character to the watch. The movement of the Toric Chronomètre is visible through the sapphire crystal exhibition caseback. The watch comes with black alligator strap made by Hermès and a matching gold ardillon buckle. The rose gold and white gold models both are priced at $18,500.

[Head to Parmigiani.com for more details]

I partnered with the brand to write this article but the opinions expressed herewith are mine.