Meet the $500,000 watch which was recently awarded the Guinness World Record for the most diamonds set on a watch. Called the Mudan, it’s the creation of Coronet – the signature brand of Hong Kong-based Aaron Shum Jewelry. Introduced at Baselworld last week, the Mudan is set with 15,858 diamonds totaling 50.01 carats. Mudan is Chinese for peony, a flower recognized as the King of the flowers in the Chinese culture. The watch is set in 18K gold and features jewelry designer Reena Ahluwalia’s unmatchable diamond painting on the dial. The hyper-realistic art of diamond painting takes hundreds of hours for a single creation and is highly coveted. Ahluwalia said her painting is representative of “the shining nobility that we carry within.” 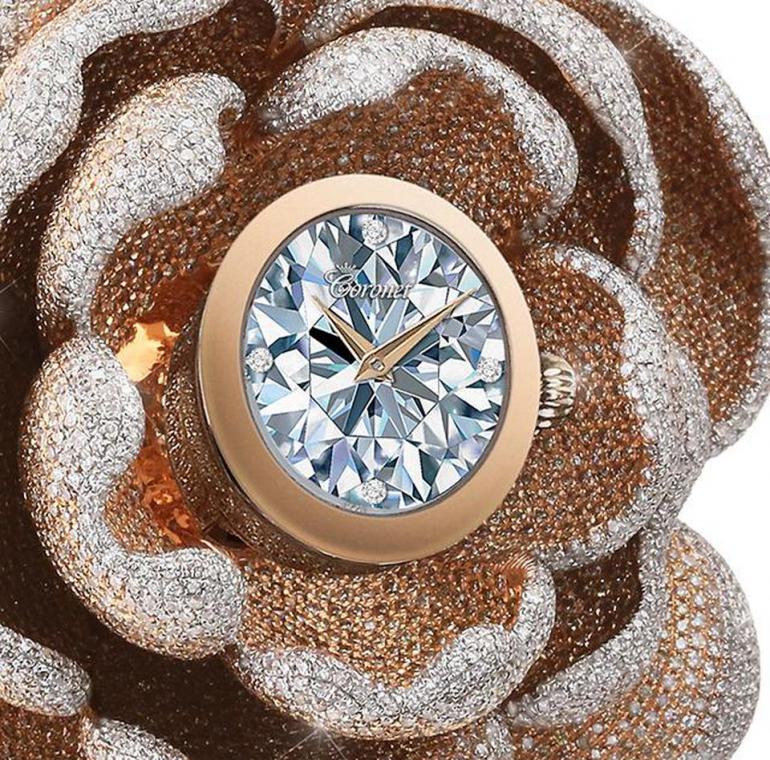 Coronet also introduced a watch collection alongside the Mudan at the Baselworld of similar designs, set with fewer diamonds. This is not the first world record for Coronet; in fact, the luxury brand now has nine Guinness World Record nods to its name, which includes the one it received for most valuable guitar in 2015 and a Coca-Cola inspired handbag which debuted at last year’s Baselworld show and received the award for the most diamonds on a handbag.

Tags from the story
Diamond-Studded, World-Records