Here is one timepiece that says interstellar like no other. The first watch in the world with interstellar diamonds Louis Moinet’s Stardance dances Haute Horlogerie with bejeweled elegance. So much so that the tectonic timepiece has elevated its spatial significance and become preselected in the top seven watches in the Ladies’ watch category by the Grand Prix d’Horlogerie de Genève jury. On Friday, November 15, the winner will be announced at the red carpet gala event in Geneva’s Grand Théâtre. 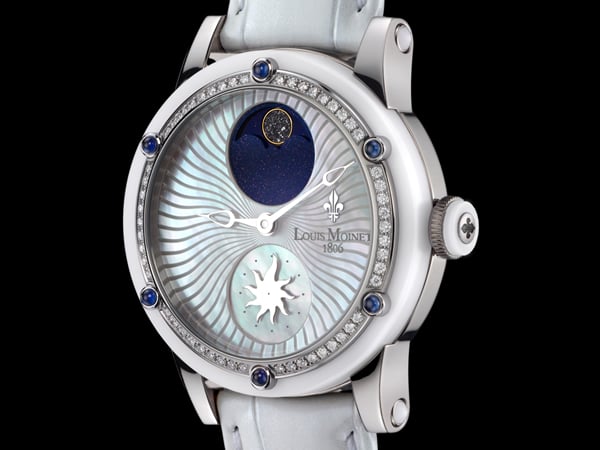 Such is the starry lure of the Stardance. Created from a finely-crafted fragment of the enstatite eH3 meteorite, the magnificent moon phase contains scintillating nano-diamonds. Surrounded by an aventurine night sky, the meteorite fragment represents the moon at 12 o’clock, while the silvered sun shape symbolizes daytime at 6 o’clock. Possibly originating from Mercury’s orbit, the said meteorite is believed to have been formed in cosmic collisions pre-dating the formation of our solar system. It was estimated to have been created over 4.5 billion years ago; it has traveled many millions of kilometers before finding its resting place in Louis Moinet’s dazzling invention. 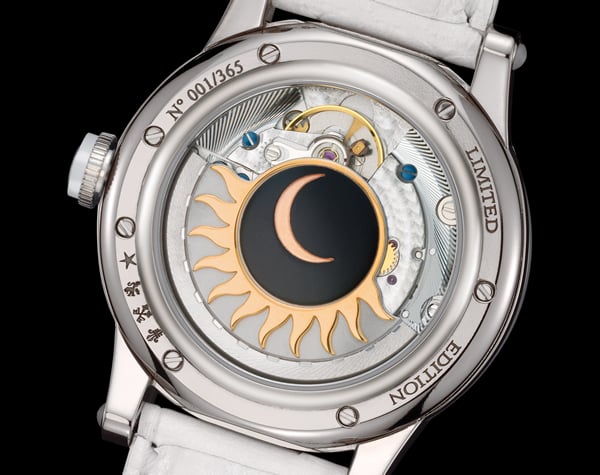 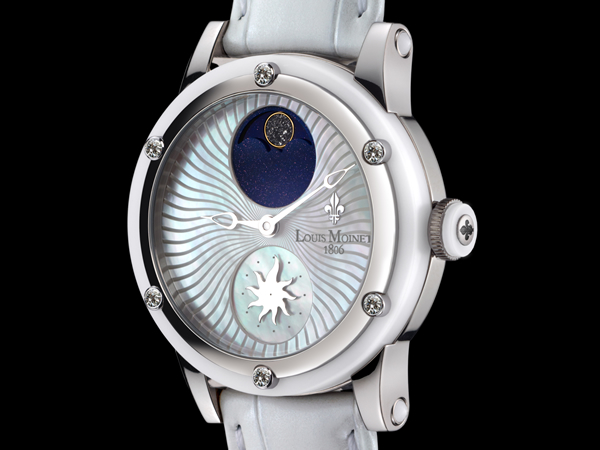 Turning over Stardance, its beautifully finished automatic movement is revealed through the display back. It provides a peek into the stylish continuation of the celestial theme as the central disc is seen decorated with a new moon, surrounded by the golden rays of the sun adorning the rotor. The white alligator leather strap is hand-sewn with a distinctive glazed finish thanks to a special white/ metal pigment treatment. The watchmaking marvel is available in a 365-piece limited edition.