Should a new iteration of an existing timepiece launched by a luxury watchmaker considered as a novelty? Ask this question to different experts and horology aficionados, you’ll different answers. But for me, if the new iteration offers something special from the preceding model, the novelty has to be acknowledged. Louis Moinet had released the original Mecanograph timepiece two year back at the 2012 Basel World Show and to be frank, it is a stunning creation. The Swiss luxury watch brand has come up with a new version of the Louis Moinet Mecanograph watch with a hand engraved cityscape of the Big Apple. Named the Louis Moinet Mecanograph New York and unveiled at this year’s Basel World, it is the first model from their Mecanograph City Limited Editions with Mecanograph Doha being the second. 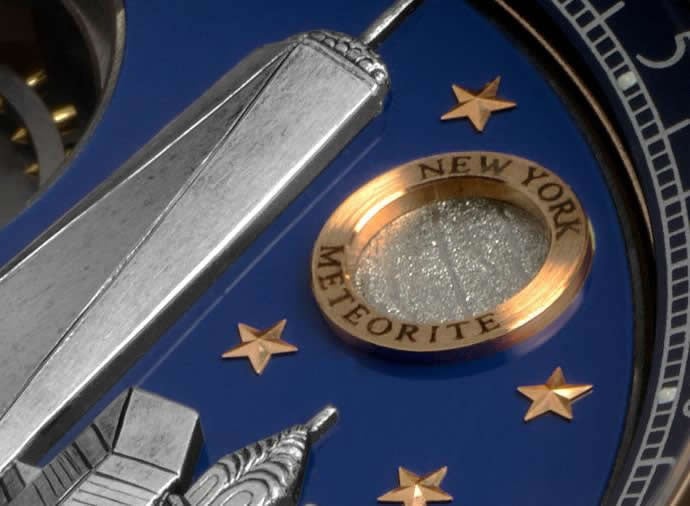 As the name suggests and mentioned before, the limited edition watch has a special dial with hand engraved cityscape of New York which includes the One World Trade Center, the country’s biggest skyscraper at 541 meters high, and is the central feature of the dial. According to Louis Moinet, dial is hand-engraved using a secret technique that produces clearly pronounced embossing and takes about 20 hours to complete. Other emblematic structures of New York embossed on the dial are the Chrysler Building, the Empire State Building, and the famous Brooklyn Bridge. 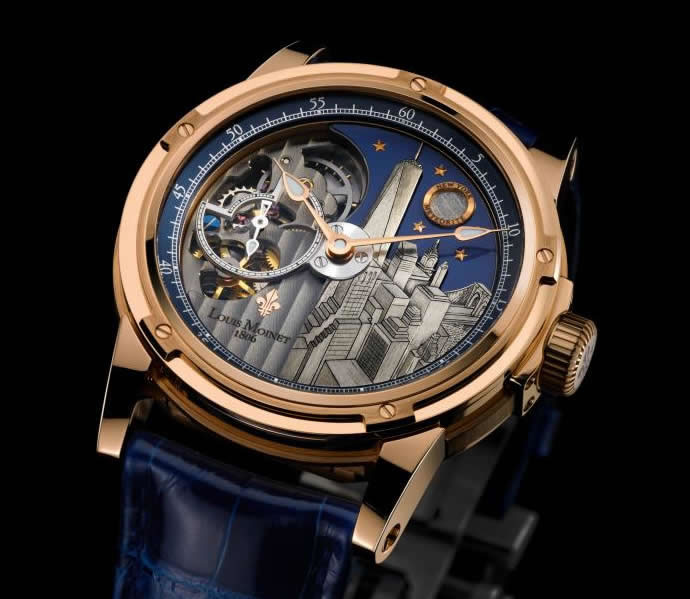 The left side of the dial shows the exposed movement which is a certified chronometer. At 1 o’clock of the dial is a small aperture where Louis Moinet has hidden a part of the only ‘New York’ meteorite in the world. It was bought in the 1965 from a fisherman and it’s certified by the Meteoritical Society. The watch is available with titanium or 18k rose gold case measuring 43.5mm x 15.6mm with 24mm lugs. It comes on a blue hand-sewn Louisiana alligator strap with alligator leather lining and a steel folding clasp. The Mecanograph New York timepiece is limited to only 60 pieces. 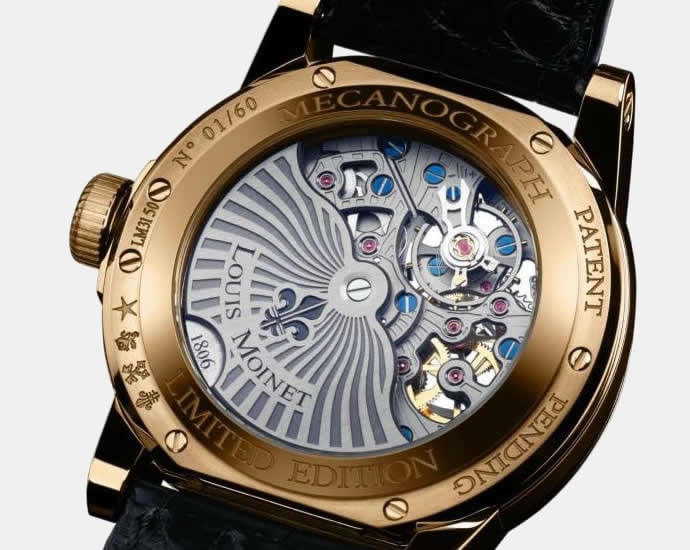