Would you pay the weight in gold for a black-strapped watch? Nothing to be too shocked about, considering this is the blackest black that man has found. The man, named Anish Kapoor, discovered the Vantablack in 2013; it is in the leagues of shimmering cousins like gold and platinum. The worth will be proven when a Swiss watch company will launch this stunning, magnificent, absolute rad watch this fall called the S-110 Evo Venta Black, at $95,000. 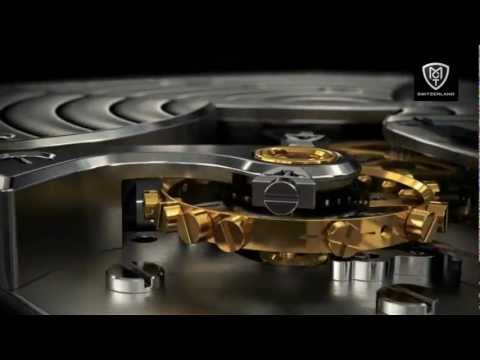 The watch’s promo is building the suspense, and any person with a love for dials and tick-tocks would love this black beauty. It comes with four dials with five prisms that flip digits, like an advertising banner. It comes studded with 471 components, 81 rubies, and a 40-hour power reserve. The Vantablack is used on the dial and some other parts on the watch too.

However, the star is not the dial but the use of Vantablack – so rich that if you stare at it too long, you might feel like you are being pulled into a void, a black hole of sorts. This “blackest shade of black” has been manufactured by Surrey Nanosystems, which initially developed this color for aerospace in collaboration with British National Physics Laboratory. The “tint” is made up of a “complex of carbon nanotubes that can absorb over 99.965 percent of light when assembled.” The color’s depth has been explained using multiple analogies, but I suppose we have to see it to believe it. Supporting the watch case made of titanium with black DLC coating is a black alligator strap with a sapphire crystal case back and face.

The watch is a super limited edition, and only 10 pieces will be made. This should explain the price tag.