The 2014 FIFA World Cup hosted by Brazil might have come to a close but the South American country will play host to another major sporting event in 2016. Rio will be organizing the 2016 summer Olympic Games and Omega has released a special edition of the Speedmaster Mark II to mark the event. Omega has a longstanding partnership with the Olympic Games dating back to 1932. The 1932 Games held in Los Angeles saw Omega supply 30 high precision chronographs that were chronometer-certified by the Neuchatel Observatory – the most accurate standard in those days. Since then, Omega has measured and recorded every event at the Games. The brand continuing its timekeeping and data-handling services as the Games’ official timekeeper has introduced the Speedmaster Mark II “Rio 2016” chronograph which is technically identical to the Speedmaster Mark II introduced at BaselWorld 2014, and inspired by the original Speedmaster Mark II from 1969.

In the special edition watch, the classic steel case and bracelet as well as that traditional black dial are accentuated by gold, silver, and bronze rings on the sub-registers. The three rings refer to the medals awarded to the top three athletes of each event. In addition, the ‘Rio 2016’ version comes only with a black dial with white hands and markings for high contrast, whilst the production model also has a reference with orange markings and chronograph hands. The caseback has a special Rio 2016 engraving. The Mark II “Rio 2016” is offered in a special presentation box with a certificate of authenticity, and is limited to 2016 pieces with a retail price of $6,500.

READ:  Topping at a stunning 251% - These 7 luxury watches have delivered staggering returns to their investors 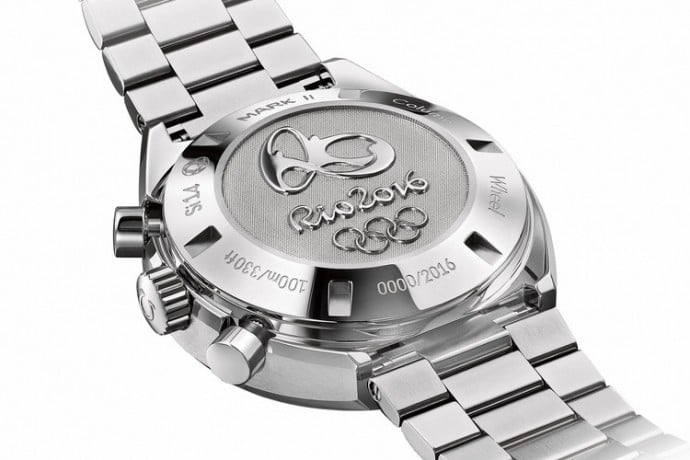