Abraham-Louis Breguet, the founder of Swiss watch brand Breguet, is considered as one of the leading watchmakers of the 18th and 19th-century thanks to his innovations that changed the world of Haute horology forever. Breguet is best known for inventing the tourbillon regulator, which was patented by him on 26 June 1801. Although the master horologist was born in Switzerland, he ended up spending a large portion of his life in Paris. He opened a workshop at number 39, Quai d’Horloge located at Ile de la Cité in Paris. The building that housed the workshop gets its name from the oldest public clock in the French capital. As a tribute to the workshop, Breguet has revealed a special edition version of the Classique Double Tourbillon. Originally introduced in 2006, the Classique Double Tourbillon is the pinnacle of the tourbillon watches at Breguet. 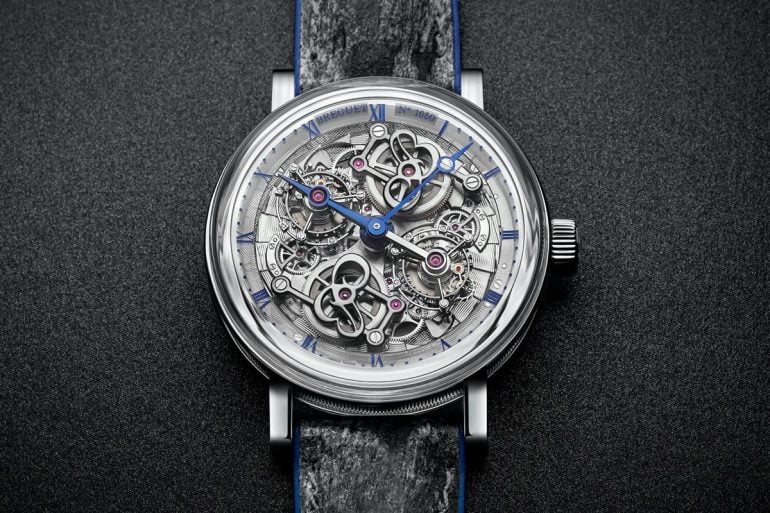 The Double Tourbillon by Breguet is a unique orbital tourbillon that features two cages mounted on the movement plate. The entire plate makes a full rotation once every 12 hours. The upper tourbillon bridge features a deep blue color along half its length and functions as the hour hand. The new edition of the watch is basically a visual update and is technically identical to its predecessors, including the case dimensions of 46mm diameter and 16.8mm height. The case is made of platinum. It is also the first open dial version of the Classique Double Tourbillon. The solid gold backplate is engraved with the depiction of the iconic building at 39 Quai d’Horloge during the 19th century, and it’s absolutely stunning to look at. The watch is paired with an unusual strap that has a base made of rubber and a flexible layer of genuine slate stone. The special edition is available now from selected boutiques and retailers and is priced at CHF 628,000 (roughly $680,000). 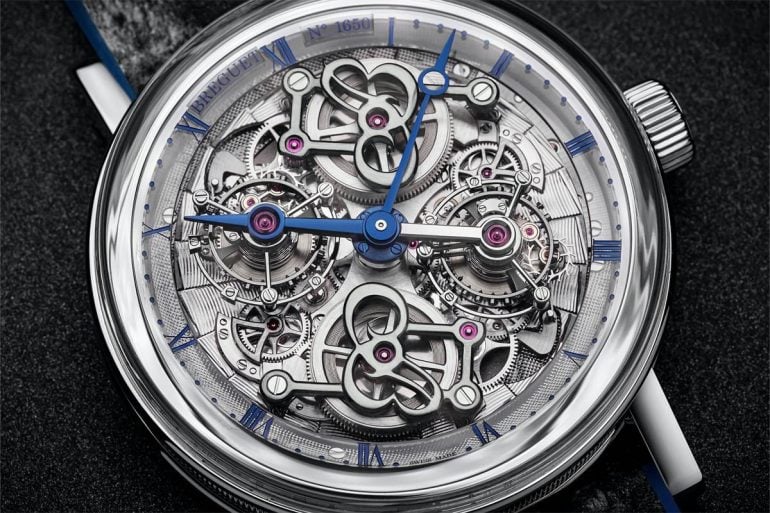 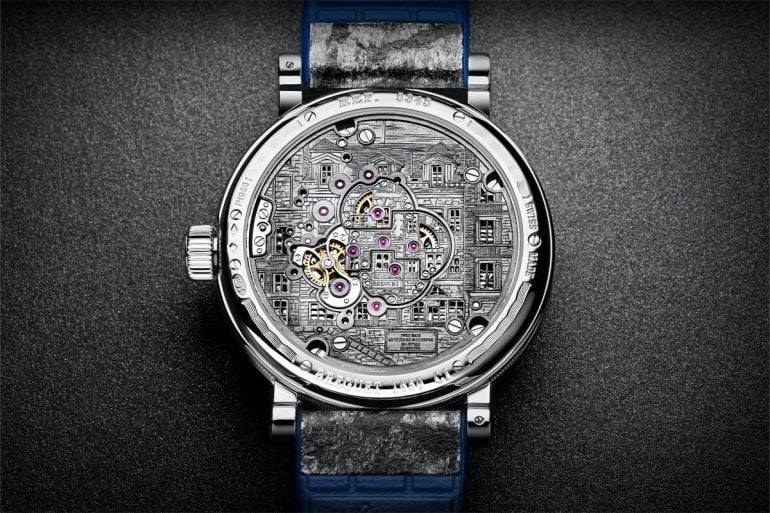 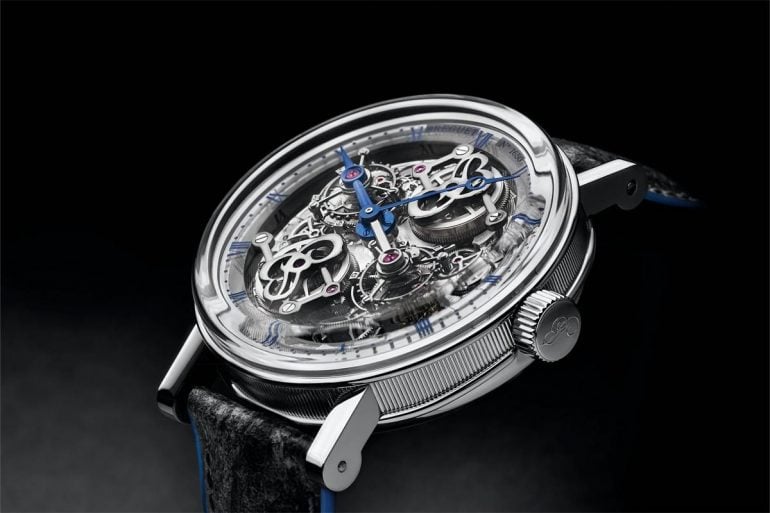 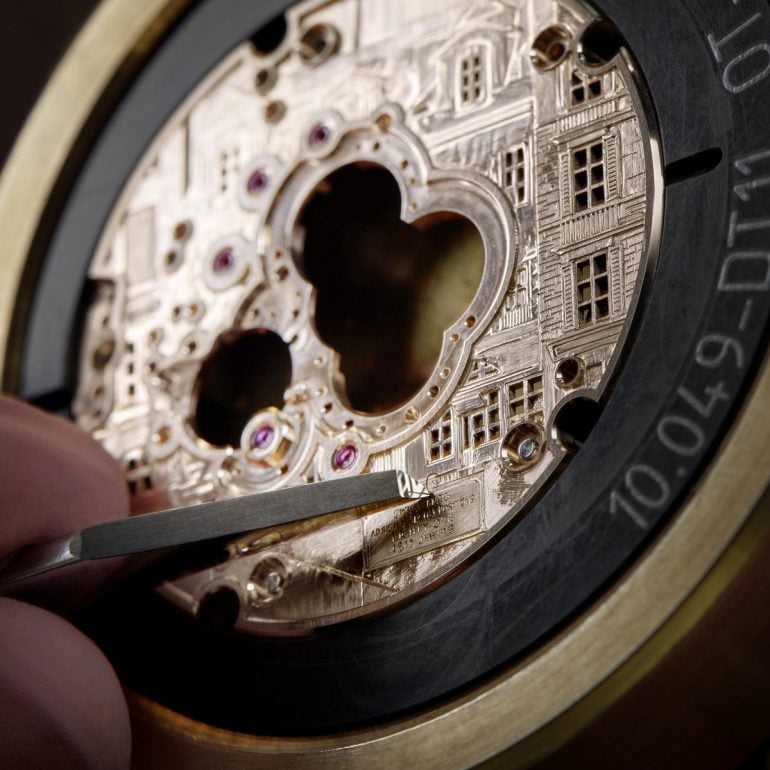 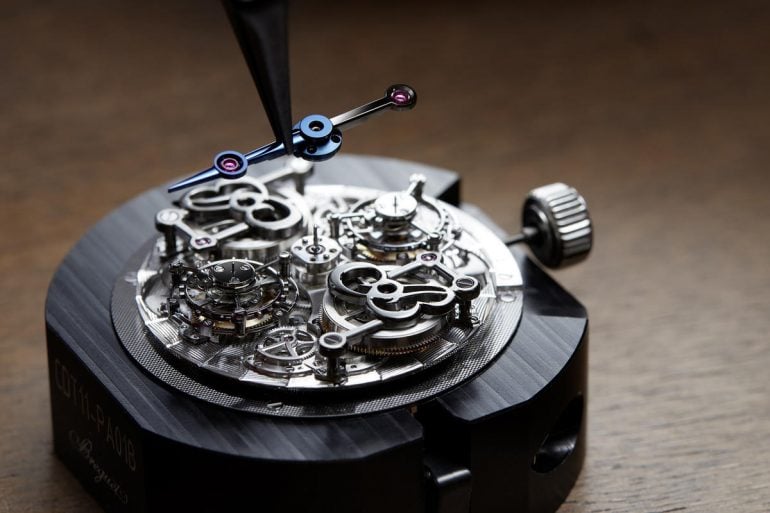 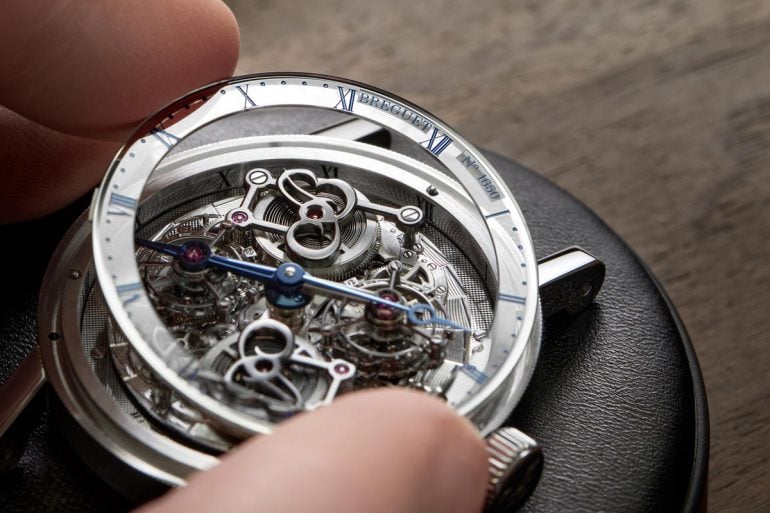 Tags from the story
Breguet, Tourbillon