If it’s antique, belonging to the sought-after Ming dynasty and if it costs millions, then Hong Kong spenders are certainly paying attention. We know their undying love for all things rare, belonging to the imperial eras, and the hype goes to through the roof if the antique is even remotely related to the Ming Dynasty. Everyone loves owning a piece of history, which is why this unique 17th-century folding chair was the highlight of Christie’s “Classical Chinese Furniture from Heveningham Hall” sale. 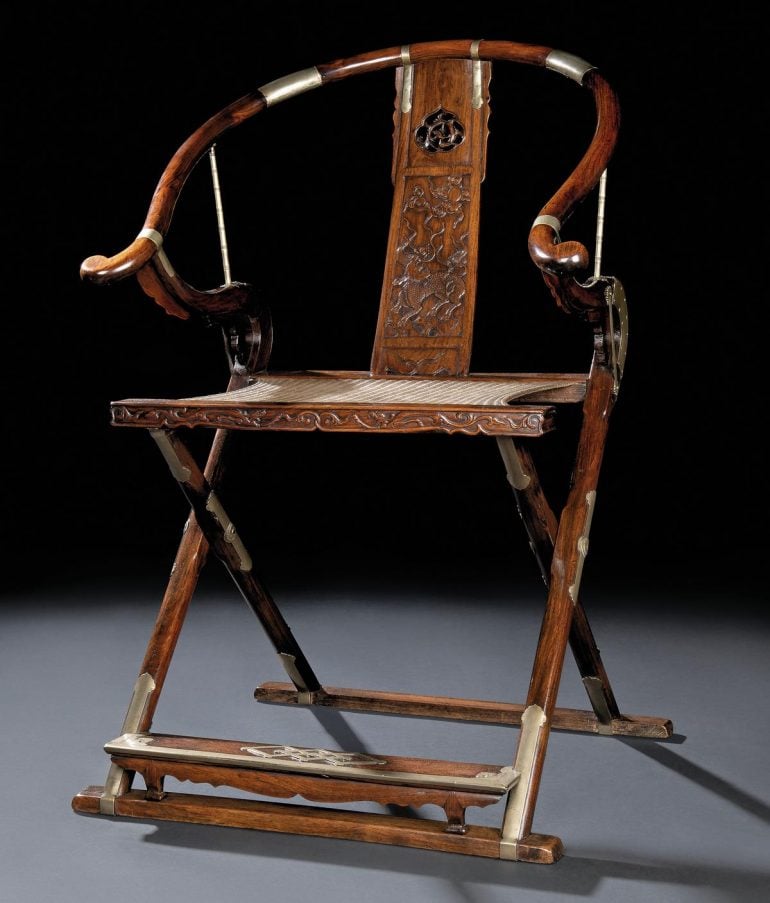 Last week in Hong Kong, the auction took place where “A Magnificent and Exceedingly Rare Huanghuali Folding Horseshoe-Back Armchair, Jiaoyi, Late Ming-Early Qing Dynasty, 17th Century” sold for more than 5.5 times the high estimate that had been made before the auction. These folding horseshoe-back Jiaoyi – or armchairs are important as they were used by the imperial family and individuals from the upper class; in short, a person of importance owned it way back in time. The Jiaoyi was always reserved for the most important person in the room to symbolize status and rank. 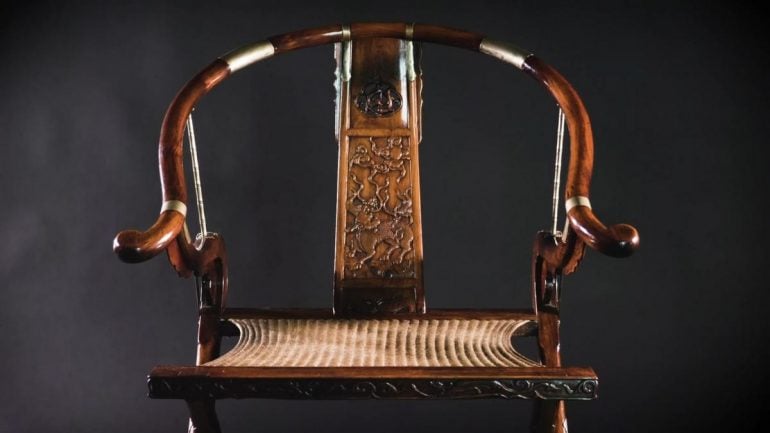 After selling for a whopping $8.5 million (HK$66 million), it will become the most important piece of furniture in the room of the Hong Kong bidder. Christie’s Hong Kong says the auction battle took place over 10 ‘intense’ minutes spent in a bidding war over the phone. The battle took place between Chi Fan Tsang (Head of Chinese Ceramics and Works of Art Department) and Julia Hu (General Manager China). Finally, the lot was sold to Tsang’s client, who paid nearly seven times the presale estimate. 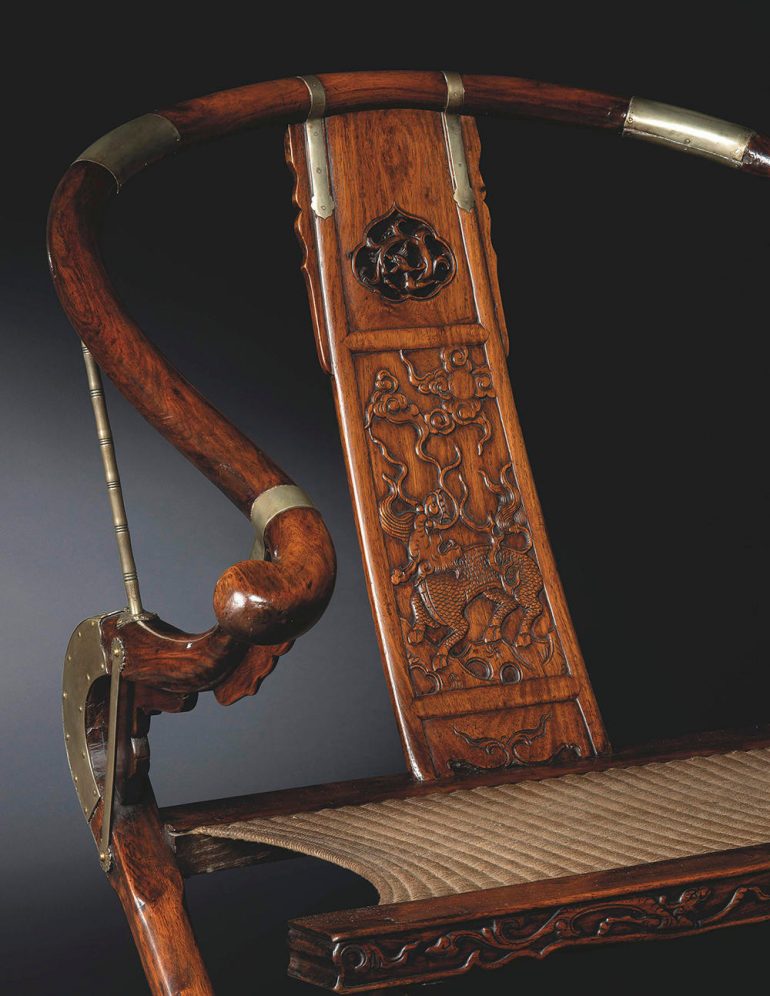 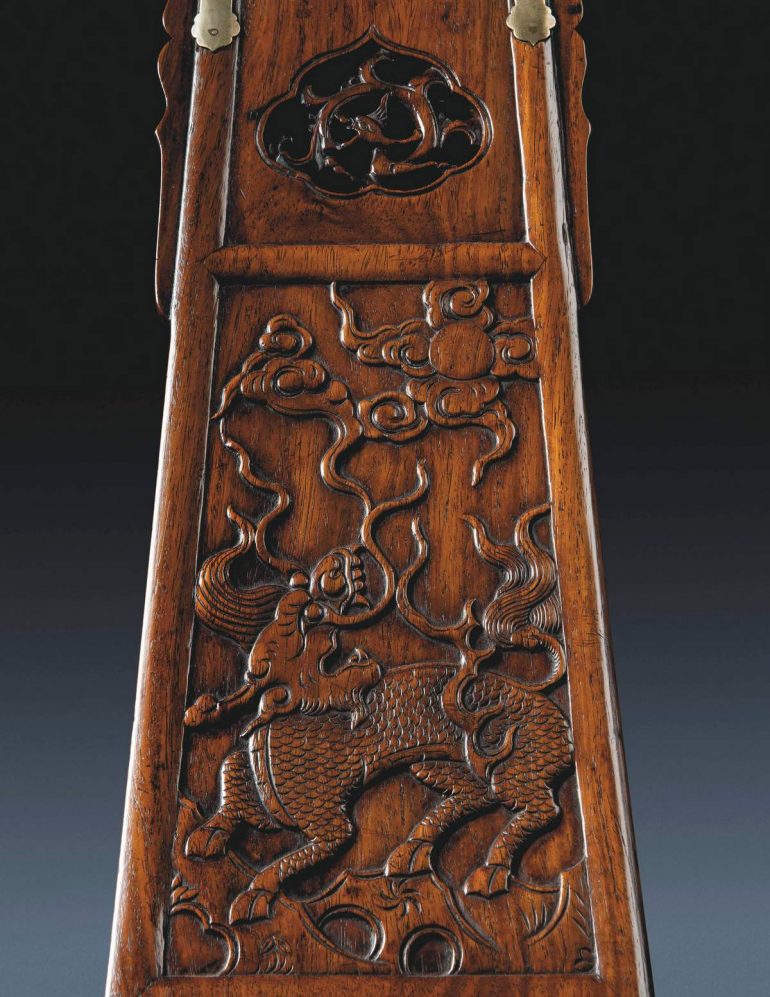 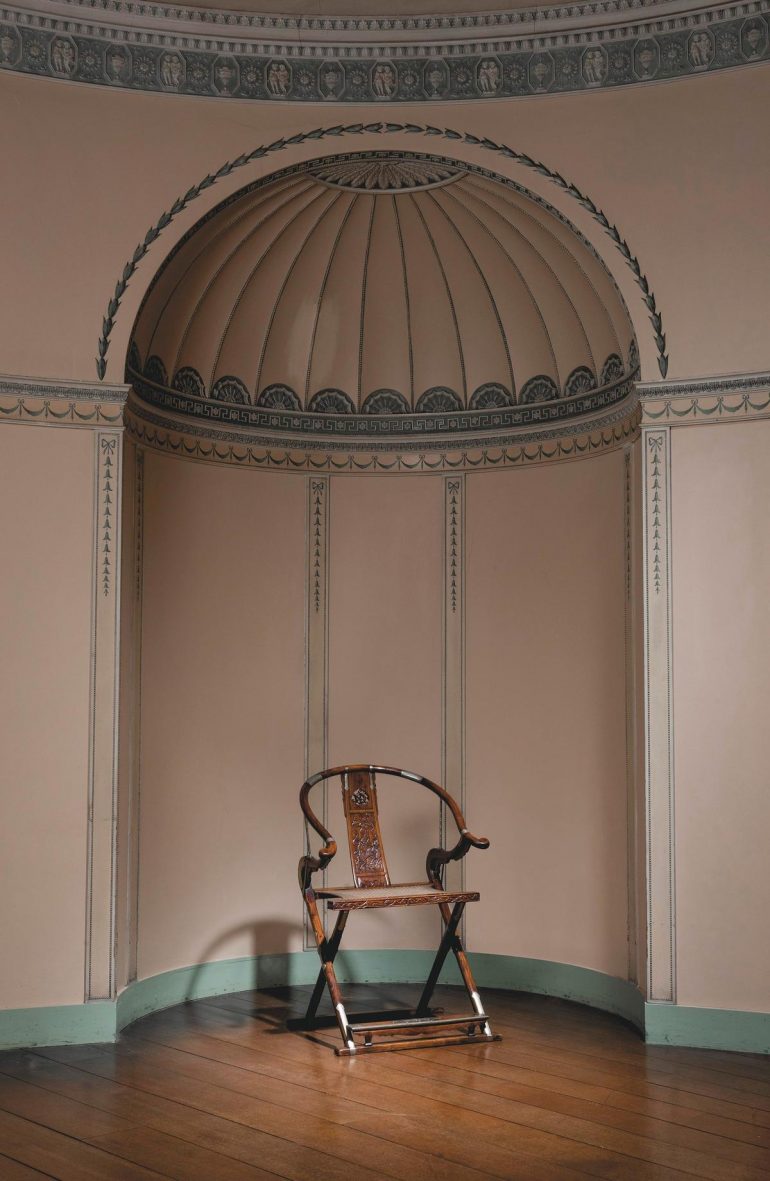 Tags from the story
Chairs, Chinese