It was in back in 1976 when Apple co-founders Steve Wozniak and Steve Jobs released the first personal computer called the Apple I. The duo built around 200 units and sold around 175 of them, which makes all the existing Apple I computers extremely rare and highly collectible. They have sold for as much as $904,000 in recent years, while a working example of the Apple I was auctioned by Christie’s a few months back for a respectable $471,000. however, it’s not just the hardware but all the peripherals that came along with Apple’s first personal computer that’s a huge hit amongst collectors. An extremely rare Apple I operation manual has been listed for auction on the Boston-based RR Auctions’ website and is estimated to fetch over $10,000, with the current top bid standing at $9,422. 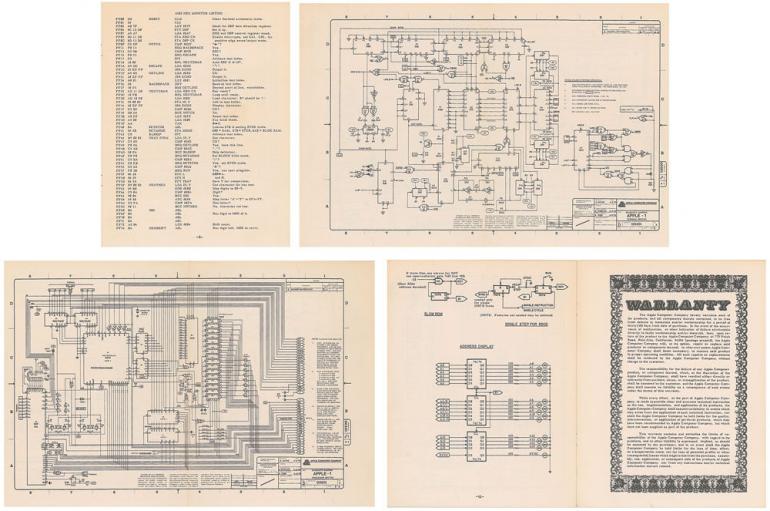 The listing includes a message from the seller that reads: “I truly hate to sell it as The Manual is one of God’s, I mean one of Woz’s greatest gifts to nerdkind. Now I am not a greedy man and have enjoyed The Manual for nearly two decades, surviving two longer-than-they-should-have-lasted marriages and about 5 or 6 moves all over California. Alas, my time with this beautiful artifact has reached its end and I am now passing the torch to you.”

The auctioneer believes this vintage manual is one of about 65 that still exist in the world. The current owner got the manual along with $500 as a payment for the code he wrote for a Craigslist clone website in 1998-1999. He has preserved the manual for the last 20 years and it is believed to be in good condition except for some light damage. The 12-page booklet features Apple’s original logo of an image of Isaac Newton sitting under an apple tree which was designed by Apple co-founder Ron Wayne.