Dinosaur relics are in great demand. So much so that back in 2018, two of such skeletons were sold for approximately $160 million. And in continuing the trend, we now have the biggest skeleton of a Triceratops that is all set to be auctioned for an estimated $1.7 million. Yes, that’s right! 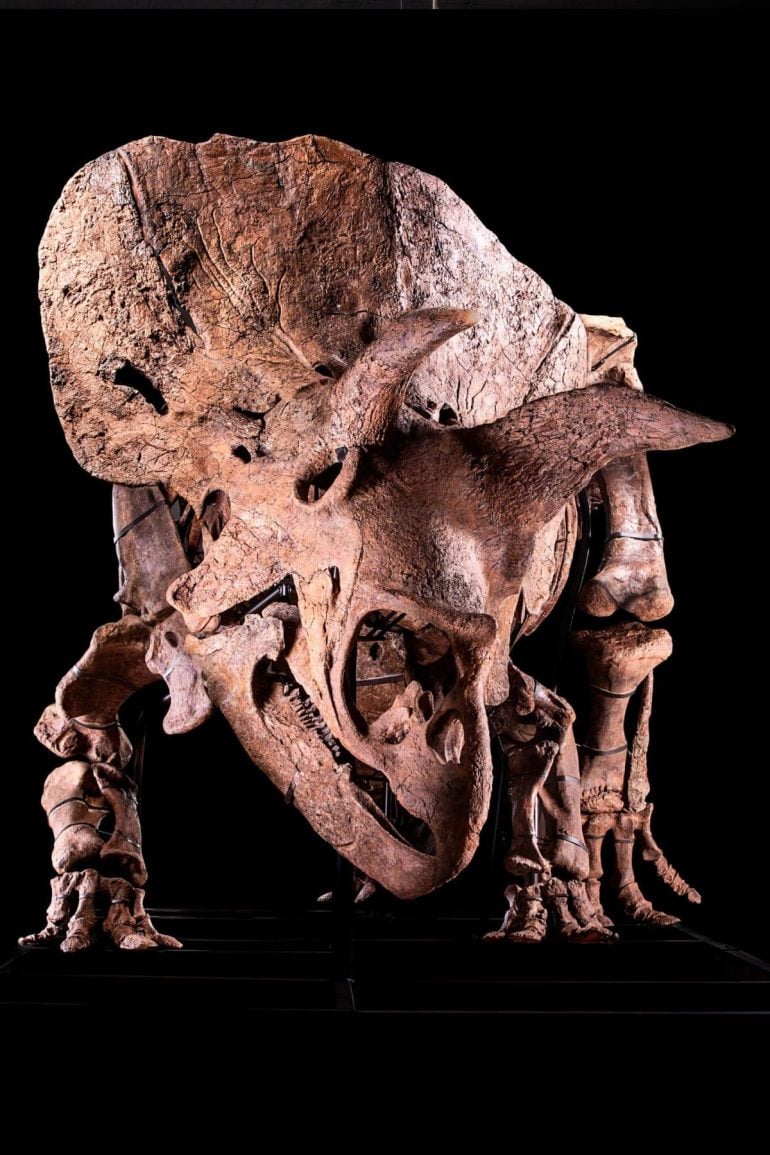 Named ‘Big John,’ the 66-million-year-old triceratops fossil will go under the hammer at Binoche et Giquello in France this fall. It stretches a whopping 26 feet from tip to tail and is truly one-of-its-kind. Its skull alone measures 8 feet 7 inches long and 6 feet 7 inches wide and is almost a third of the body, weighing in at 1,500+ pounds. 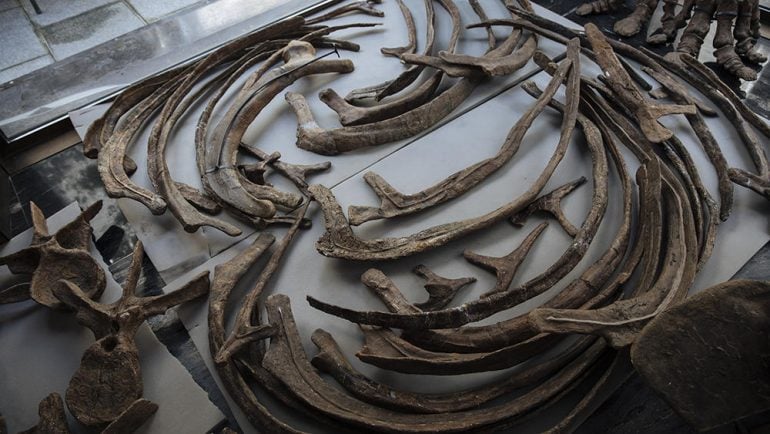 The herbivore’s horns span 3 feet 7 inches long and have a diameter of 11.8 inches at the base and are believed to give the giant a rather daunting appeal. He is believed to have lived in Laramidia, an island continent back in the day. 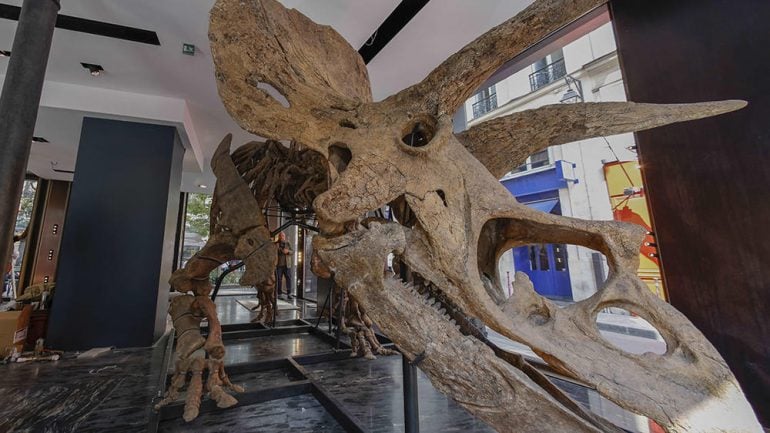 Big John was discovered by geologist Walter W. Stein in May 2014, and his bones were excavated the next year. They were then taken to Italy, where they were examined and restored. Despite being ancient, the dinosaur remains are said to be in good shape with a 75 percent complete skull and a 60 percent complete body. 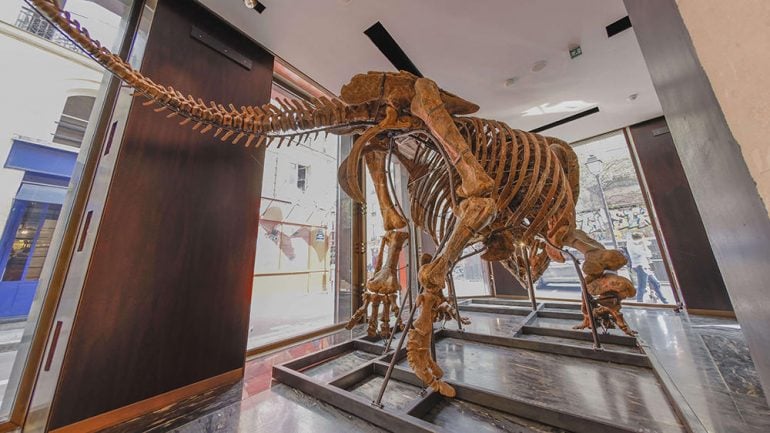 Commenting on it, Iacopo Briano, a paleontologist who oversaw the reconstitution of Big John, in a statement to FranceInter radio, said, “It’s a masterpiece. There are quite a few triceratops skulls around in the world, but very few of them almost complete.” 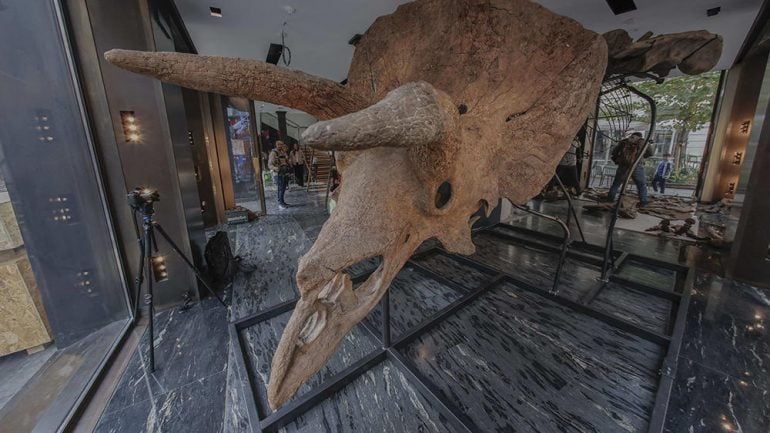 He further added, “Each auction, we see new profiles arrive. We have seen owners of unusual places who want to invest to attract customers. There are also people who are passionate about science and paleontology. They are often quite young, coming from new technologies; they are in fact, the Jurassic Park generation: they have seen the movies and have been immersed in this Hollywood mythology.”

Big John will go on sale on October 21 in Paris and is expected to garner anywhere between $1.4 million to $1.7 million.