The Rock ‘n’ Roll god who has dazzled many a stage is still doing it for fans after years of his heavenly departure. Recently, the star’s Omega Constellation timepieces fetched a reasonable price at an auction, and even before we knew it, we have yet another of his memorabilia going under the hammer. A pair of Elvis Presley’s “Tiger Man” sunglasses were worn on stage by the legend during three shows in 1974, including his performances at the Hilton Hotel in Las Vegas, Indianapolis and Dayton, Ohio. 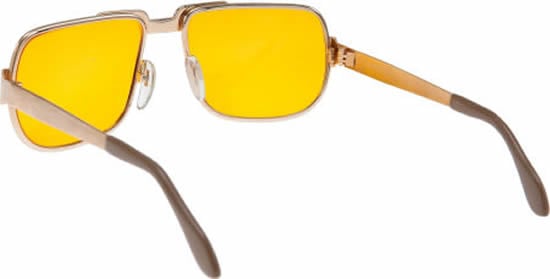 Tags from the story
Elvis-Presley, sunglasses