Founded in Paris in 1827 by Jean-Pierre Duvelleroy, the House of Duvelleroy was born out of a man’s ultimate dream: to bring fans back into women’s hands. Official supplier to the Queens, starting with Queen Victoria, Duvelleroy created the fans given to statesmen’s wives on their official visits to France. Duvelleroy Couture is the more elaborate line: realized in the French tradition, a fan master puts together each model after various artists (sculptors, engravers, embroiderers, tuckers – depending on the fan type) have elaborated each part. Having seen the revival of the House of Duvelleroy in 2010, a wide range of fans have been reintroduced in today’s times – The Peacock fan, priced at €2765 ($3,400), in which each peacock feather is reconstituted one by one on the sticks covered in silk, and the leaf is made of 14 peacock feathers.

The Moulin Rouge fan tagged at €1515 ($1,800) that is shaped like a half-moon. The leaf is made of Ostrich feathers from the Moulin Rouge’s workshop. 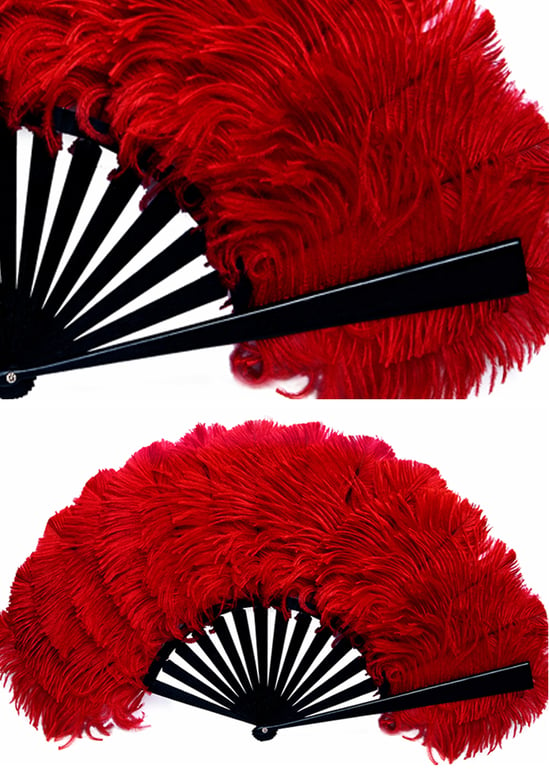 Another fan, shaped like the half moon and priced at €1965 ($2,400) is the Apache fan – a tribal fan with a sharp-edged silhouette and the leaf made of natural pheasant feathers 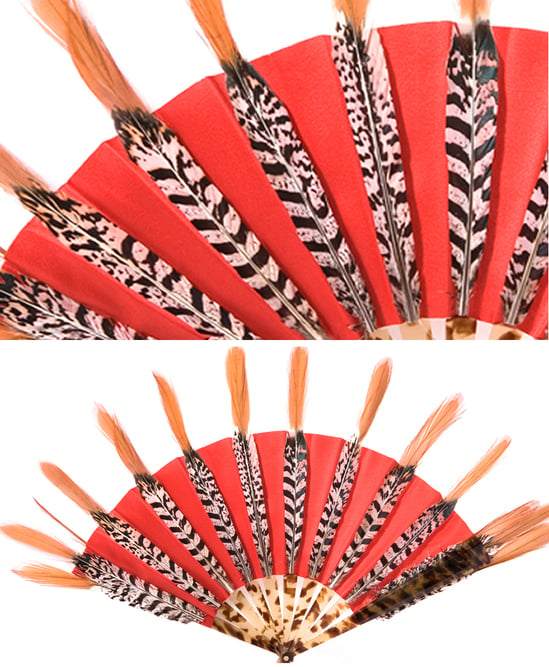 Tags from the story
Duvelleroy