For all those girls out there who wished they could be Cinderella with the glass slipper, fret not; Alberto Moretti has better for you! And he has something for the prince-charmings too. Except, you’d actually have to have a royal bank account for this one. The Tuscany designer has created 24-carat gold velvet shoes that, of course, have a 24- carat price tag too, as prices start at a sizeable $2,500. Moretti’s bespoke designs have earlier featured gold trimmings. But what takes the well-heeled cake is the 24- carat gold pump for women and loafer for men. Made in collaboration with HORO, the designer has kept the style simple to let the gold shine for itself. 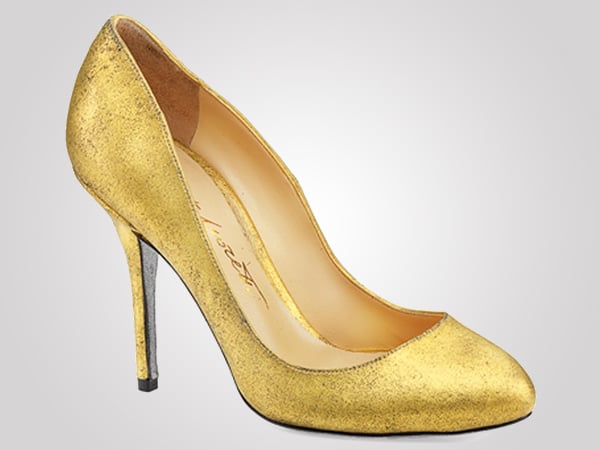 With its latest offering Alberto Moretti seems to be fast leaving the Choos and the Louboutins behind. The luxury shoe- label finds its loyalists in many celebrities including Ryan Gosling, Cameron Diaz and even Lady Gaga. 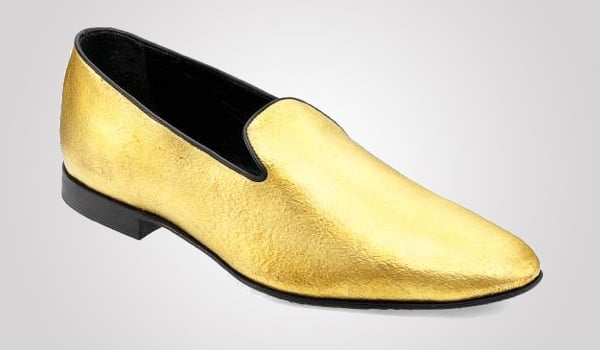 The dazzling shoes for him and her were first unveiled at the Monte Carlo Grand Prix in late May. 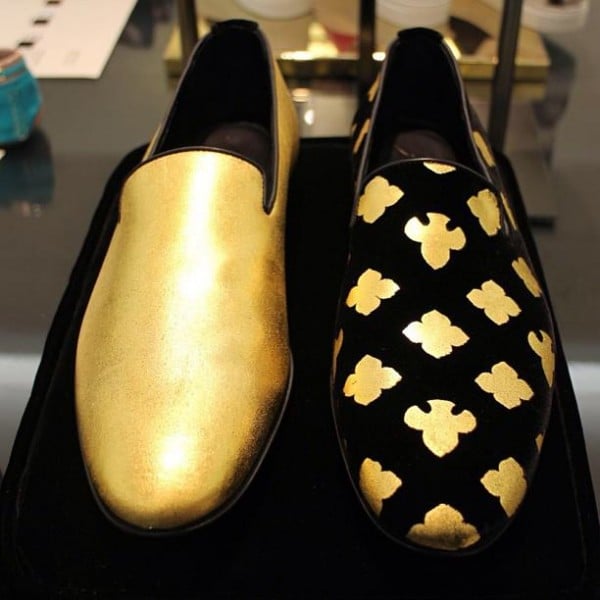 Stocked in only five stores worldwide, the shoes are reported to retail for $5,000 at Harrods in London, Barneys in NYC, Fred Segal in L.A., The Swank in Hong Kong, and Level Shoe District in Dubai.