Earlier this year, Cristiano Ronaldo won the FIFA Ballon d’Or for the second time after a stellar year and is being touted as one of the favorites to bag the Golden Boot award at the upcoming FIFA World Cup, but the footballer’s official sponsor Nike has already come up with a gilded boot to commemorate his remarkable season. This season, Cristiano became the quickest Real Madrid player to reach 200 goals for the club and scored at a ratio of one goal per match and to honor this remarkable feat, Nike launched the special edition Mercurial Vapor IX CR7 on the 8th of April which has a white top with a black Nike swoosh on it and a shinny golden sole. 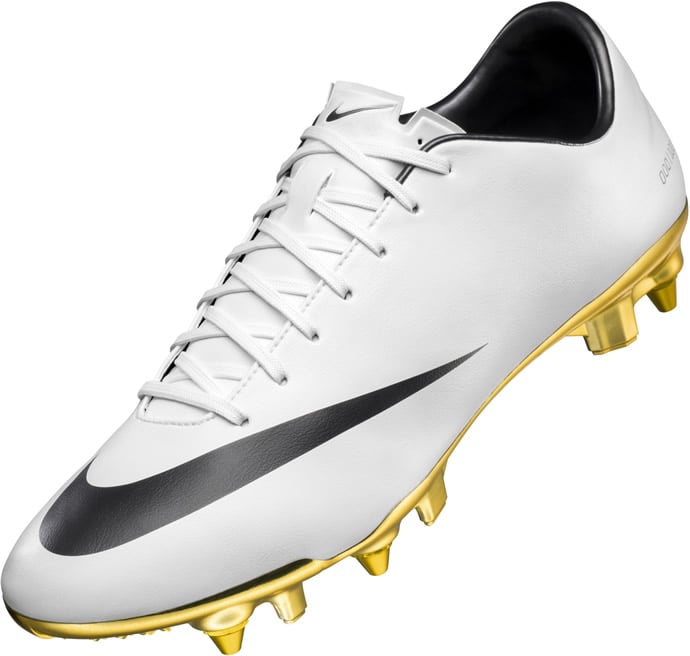 The Nike Mercurial Vapor IX CR7 is limited to only 100 pairs and each of the boots has the specific serial number imprinted near the sole. It went on sale on the same day on Nike’s official website and was sold out within a few minutes. Though Cristiano is suffering from a knee injury but it’s believed that he will wear the new Mercurial Vapor IX CR7 Special Edition on April 16.