It is the season of happiness, love, care, giving, celebrating, and rapper-fragrance launches! Drake has launched a line of scented candles that smell just like him and Travis collaborated with Swedish luxury fragrance house Byredo to bring to the world “Travx Space Rage”. The perfume that basically brings you ‘sprayable space’ is designed to encapsulate the feeling and atmosphere of space. Sounds bizarre, but Travis Scott is not only one of the most successful hip-hop artists of the 21st century but also the most impactful collaborator of this generation. So when he releases a perfume that smells like space (who knows what that is?) with notes such as cosmic dust, dark nebulae, and the scent of supernova, the world goes bonkers and buys a 100ml bottle for roughly $285 without batting an eyelid! The collection is called ‘Space Rage‘, in reference to Scott’s certified triple-platinum third studio album ASTROWORLD and includes a Travx Candle thrown in the mix with the same scent too. Keeping up with the intergalactic theme is the stunning gradient container that beautifully transitions from purple to blue and is common to the perfume and candle which are adorned with co-branded lettering printed out in a handwritten font. 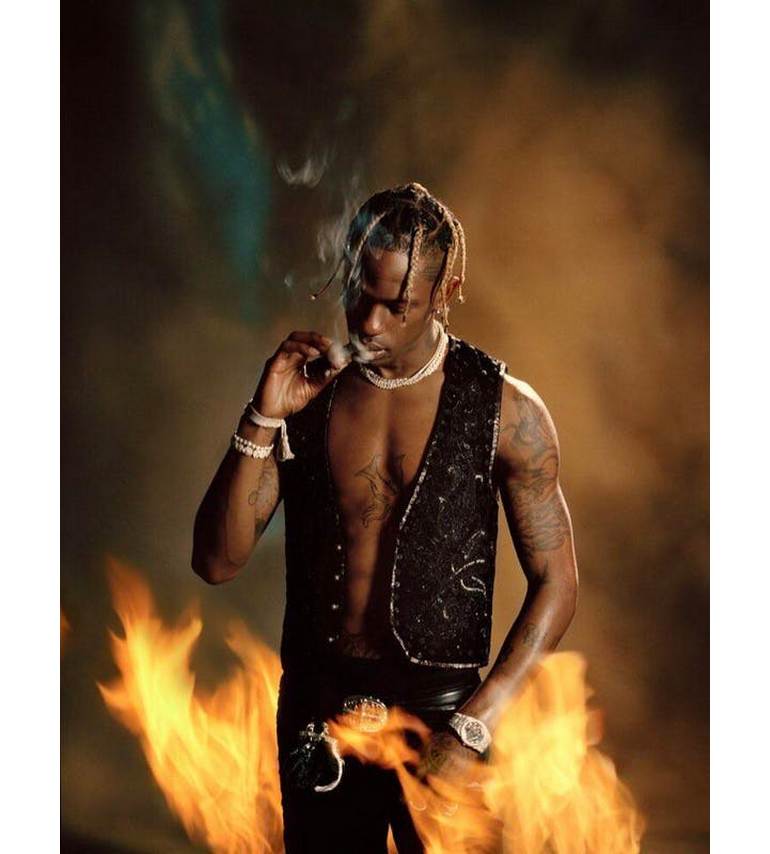 This collaboration marks Travis Scott’s entry into the world of beauty. Perhaps a collab with Kylie cosmetics would be on the cards next? The 100-ml perfume bottle of Travx Space Rage will run you $285 while the candle is listed at $95. They are now available for purchase (if not sold out) via Byredo and the Travis Scott web store. 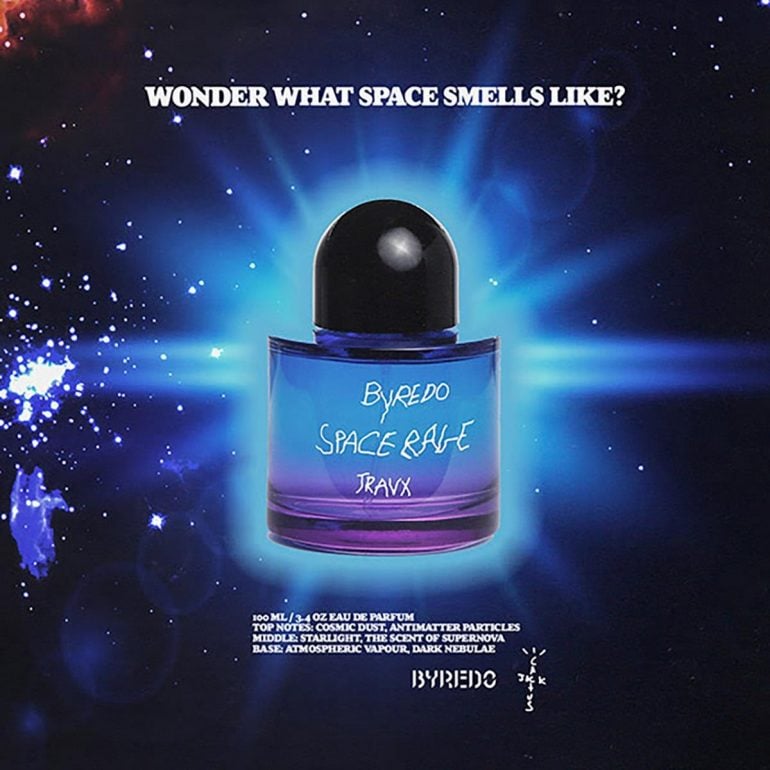 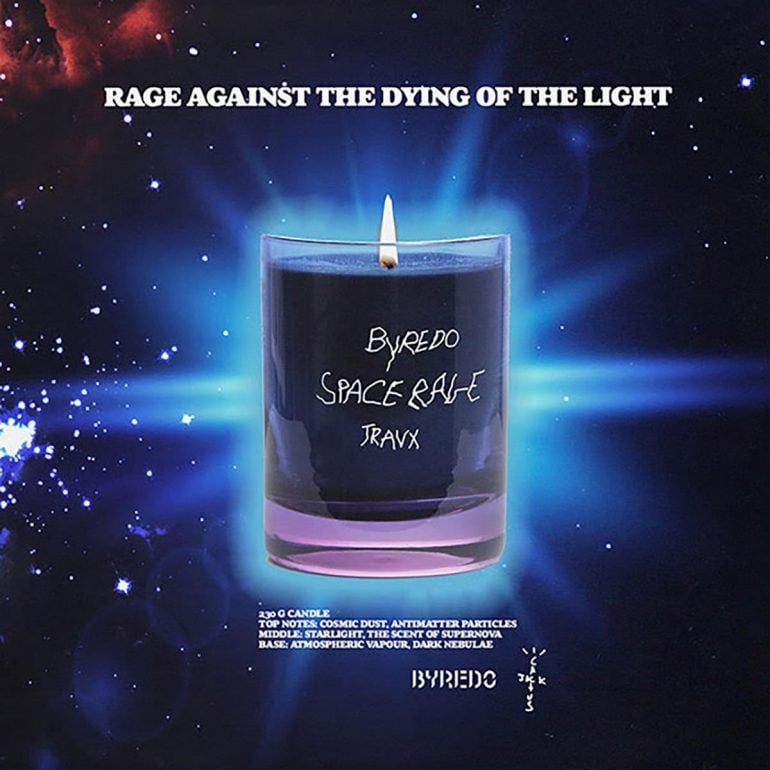 Tags from the story
Candle, Limited-Edition