This smartphone by Turing might be the most striking concept we have seen in the recent times; it looks like something from the future. Turing’s checkered past might force us to question if this wicked-looking will ever see the light of day, but the concept is really interesting and definitely deserves a closer look. By the way, Turing Robotics Industry has a new name after it filed for bankruptcy earlier this year. The California-based company is now called the Turing Space Industry. But what does a space company have to do with smartphones, you may ask. Well, the clue lies in the name of their concept smartphone’s name; it’s called the HubblePhone.

The Turing HubblePhone has a clamshell/flip phone design with a nearly all-screen body. The clamshell-style body has a “main deck” with an 11.81-inch 4K continuous display that extends from front to back curving over hinge that houses a mammoth 60-megapixel, 15x optical zoom camera. The “upper deck” has two individual full HD screens on front and back, each measuring over five inches, and features three 12-megapixel cameras. The phone will be powered by yet-to-be-announced Snapdragon 855 with 8 GB of RAM and up to 256 GB of storage “per deck”; it’s basically two ultra-powerful smartphones connected by a swivel hinge. The two decks will have their own separate batteries as well, 2,800 mAh and 3,300 mAh, for upper and main, respectively. The outrageous smartphone has an equally outrageous price tag of $2,749, but it won’t go on sale before June 2020. 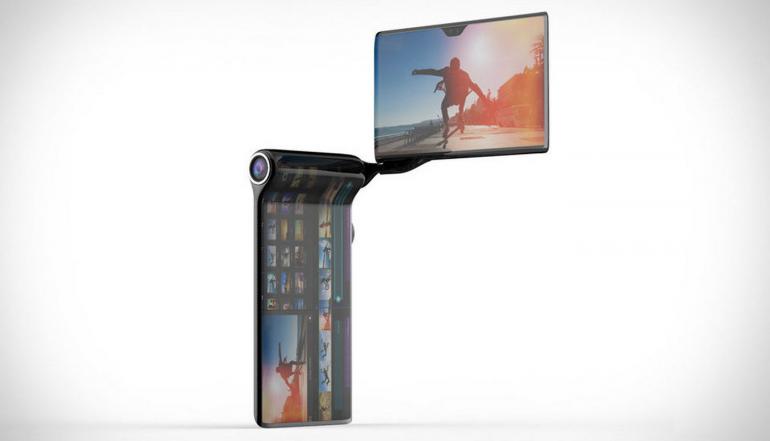 Tags from the story
Smartphone