Since Salvador Dali is one of the most celebrated artists of the twentieth century, expecting a remake of his paintings or sculptures would not seem unexpected. However, Taschen- Germany’s renowned art publisher is all set to present to the world afresh and unexpected print of Dali’s rare cookbook from the year 1973. The book goes beyond being an ordinary recipe collation and features bizarre illustrations and art forms that you simply wouldn’t want to overlook. 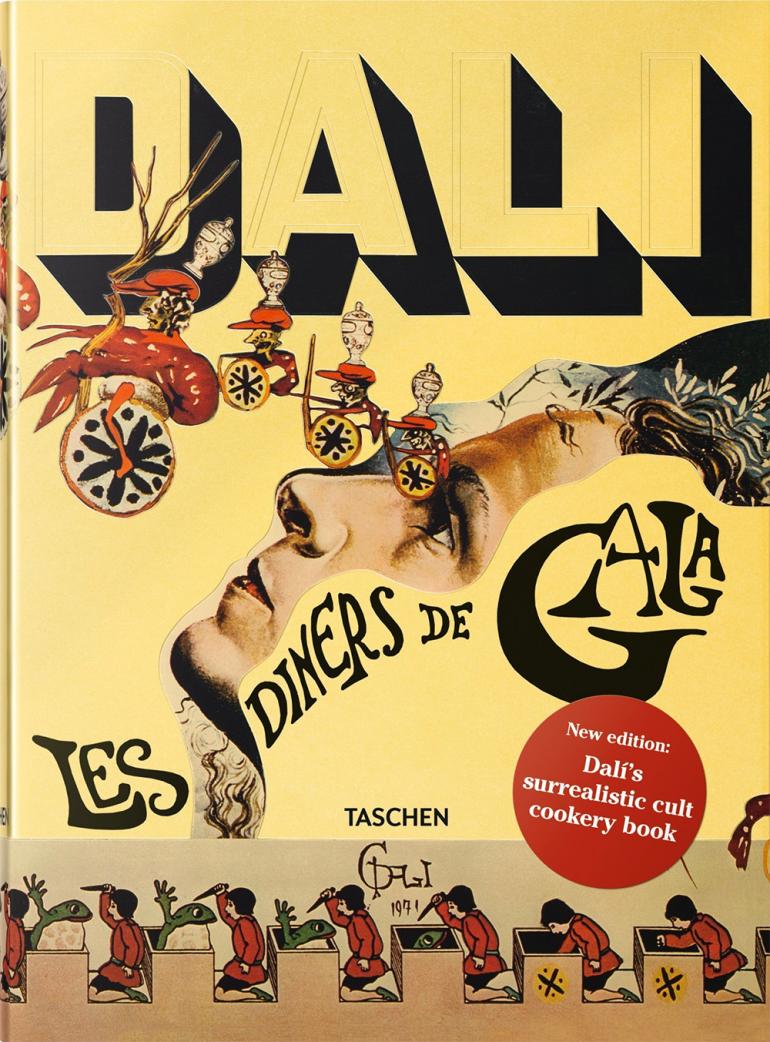 The book titled- Les Diners De Gala, incorporates 136 recipes over a series of 12 chapters, all of which truly represent Dali’s over the top, dramatic yet engaging persona. Inside the pages, one can see peculiar artworks such as towering mountains of crayfish with unsettling overtones of cannibalism, an unusual meeting of a swan and a toothbrush in a pastry case, and portraits of Dali himself mingling with chefs against decadent place settings. Outlandish to the very tee, even the featured recipes carry weird (yet catchy) titles like – “Thousand Year Old Eggs”, “Veal Cutlets Stuffed with Snails”, “Frog Pasties”, and “Toffee with Pine Cones”. 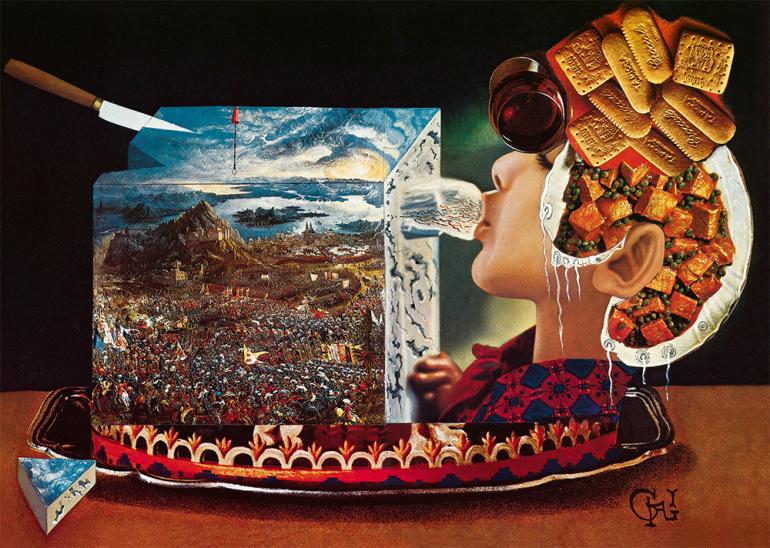 Though the compilation could be too strange to fathom for many, many recipes from the book have been adopted at popular Parisian restaurants of the time such as – Lasserre, La Tour d’Argent, Maxim’s, and Le Train Bleu. Furthermore, the manuscript comes with an outright disclaimer referring to the book as assimilation of gastronomic delights as against methodical calorie counting. While the book’s original 1973 edition of 400 copies in known to retail in hundreds of dollars, Taschen offers it’s re-printed version (first of its kind in 43 years) for much less. If you relate to (and wish to own) Salvador Dali’s opulent flamboyance, you can pre-order this authentic cookery book via Taschen’s e-commerce site. 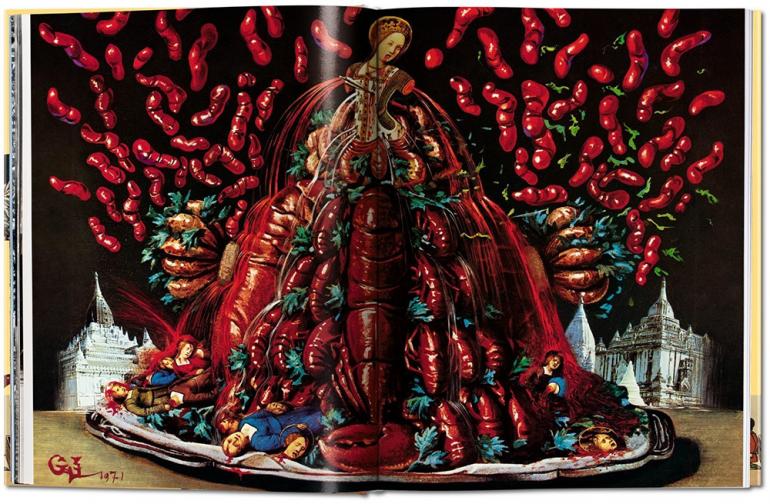 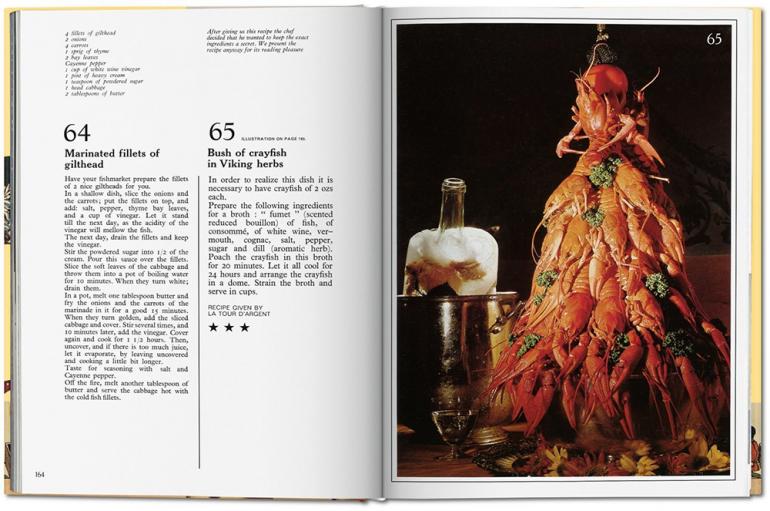 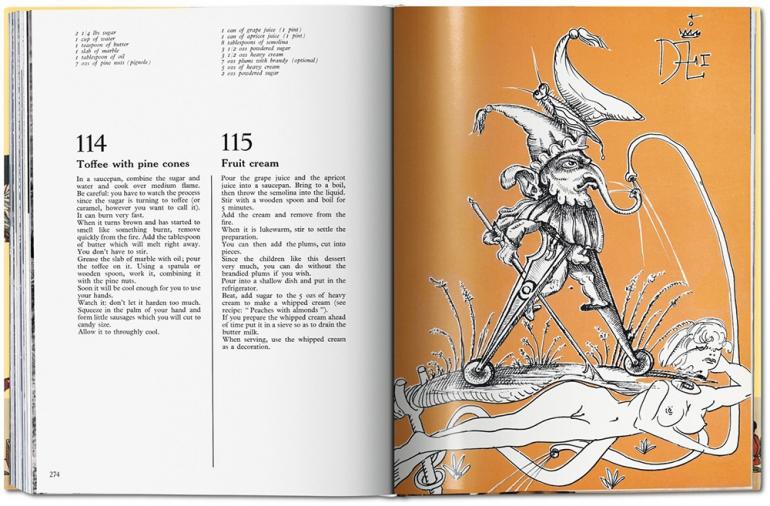 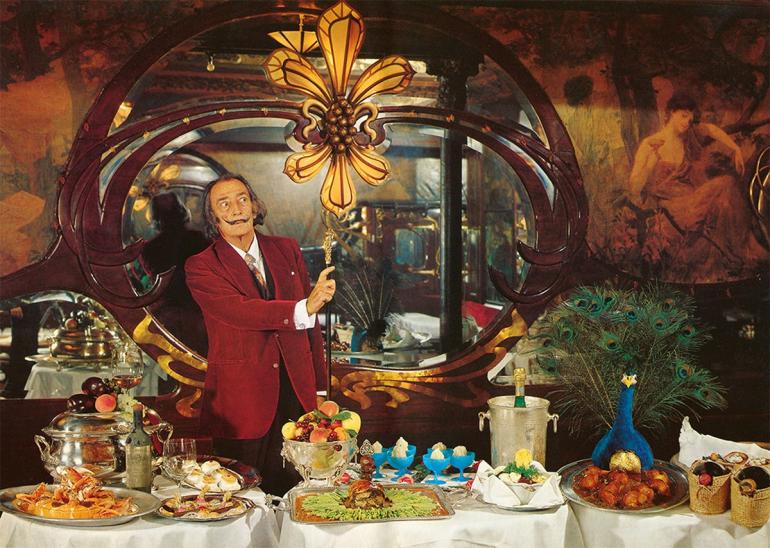 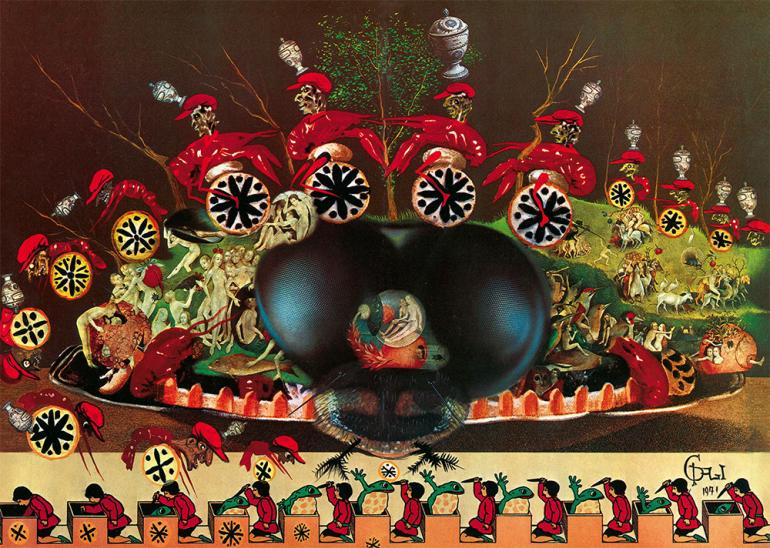 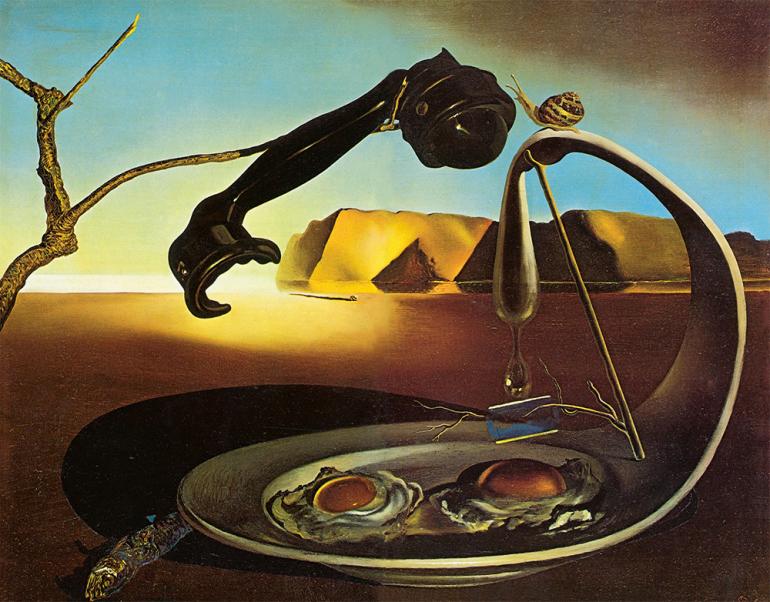 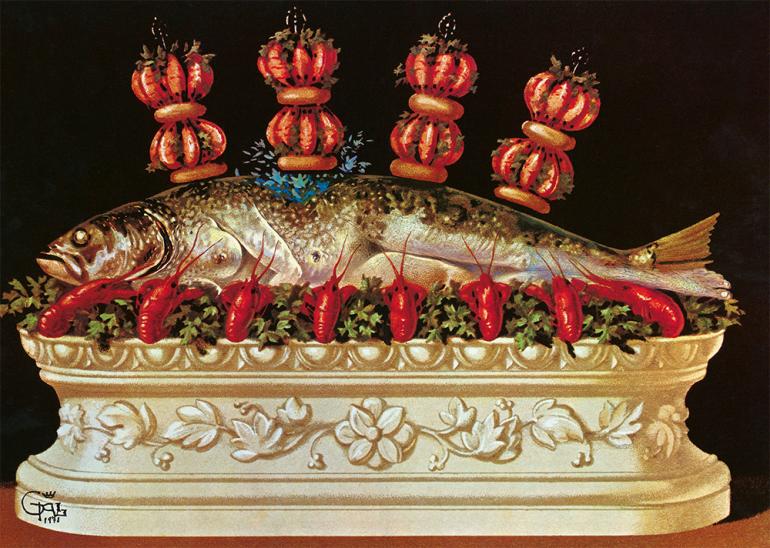