When I purchase an age-old bottle of wine, I’m inclined towards hearing its story; where it originates from, its age and the particular region. Coming to a limited edition collection of 50 bottles which have been underwater for over a century and the ship-wreck where it has been found. The case in question involves a British cargo ship sailing from Bordeaux to the UK with a cargo of wine when it was torpedoed by a German U-boat in 1918. Of course, now that it’s discovered, we need to get our hands on it.

An expedition has been organised by Cookson Adventures with the aid of various maritime and archaeological entities. The vision is clear; survey the wreck further and salvage this crate of wine, which is valued at several million pounds. As of now, the crate of wine has found a semi-permanent position off the Cornish coast, submerged under 100 metres of water. 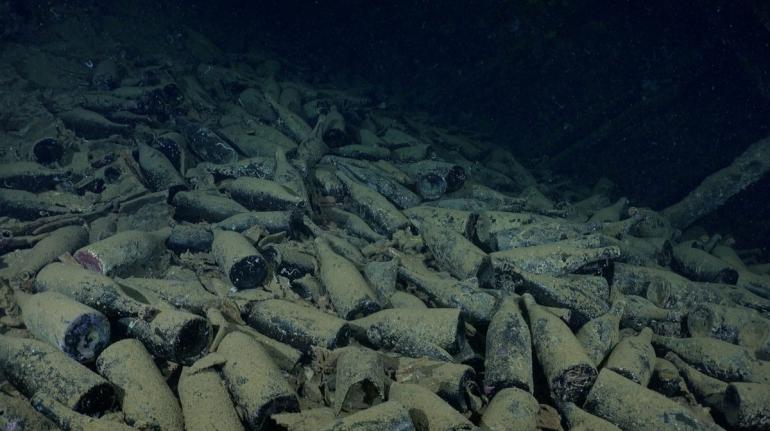 Phase one involved an initial dive by maritime exploration company 10994 Ltd to explore the wreck, where they revealed their findings; “several hundred” bottles of wine and possibly Champagne and spirits, the majority of which seem to be intact. What will follow in phase two is numerous days of mapping and surveying before the salvage work begins. The bottles will then be sent to the University of Dijon for further testing and the National Maritime Museum of Cornwall in Falmouth has apparently expressed an interest in housing some in its collection.

Now coming to the most enthralling segment of our conversation; Cookson Adventures is offering one of its clients the chance to be there alongside a documentary team and various other experts from the worlds of wine and archaeology. This is unquestionably a once-in-a-lifetime opportunity for our wine connoisseurs.

Adam Sebba, CEO of Cookson Adventures, said: “We don’t consider ourselves a luxury travel company or an adventure travel company – we like to do things differently. That’s why this is precisely the type of unique experience we like to build for our clients. It’s a one-of-a-kind opportunity to be a part of one of the most significant historical discoveries of the century.”