We have all shed a tear or two for the fateful demise of one of the most beautiful creations of man, the Titanic. To commemorate its 100th anniversary, British porcelain specialist Royal Crown Derby is reproducing the china that was originally created in 1911 for the liner. The company provided its exclusive work for the first-class restaurant. This will be the first time the company unveils its pattern. Each piece will be handmade in the factory that originally produced the tableware collection. It will be on sale soon and also on display at the Derby Visitor Centre’s History on a Plate exhibition that is organized to commemorate the centenary of the Titanic’s launch and will run until July 2. 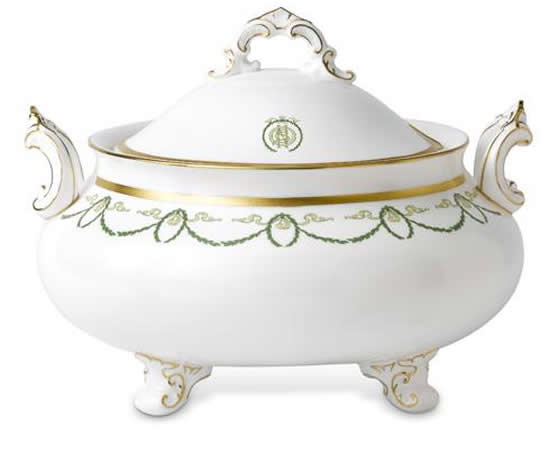 The most expensive of the range is the Titanic Soup Tureen And Cover With Monogram for £850 ($1360).
The exhibition also showcases ‘never before seen’ Titanic artifacts and historical pieces from Royal Crown Derby’s Titanic archives.
[SuperYachtDesign]

Tags from the story
Tableware, Titanic