Thomas Buhner, one of Germany’s most celebrated chef will be creating his magic at Mandarin Oriental Bangkok from 11th to 16th May 2015. Chef Buhner is the owner and head chef of La Vie restaurant in Osnabruck, Germany which boats of three Michelin stars and 19 Gault Millau points.

Chef Buhner’s graph has been on a steady rise from 1991 when he took over the position of Head Chef at La Table. Five years later he was awarded his first Michelin star, followed by his second one in 1998. Winning awards like “Rising star of the year”, “Chef of the year”, being given the title of “Grand Chef” and La Vie was then granted membership of “Les Grandes Tables du Monde”, Chef Buhner is going higher and higher. 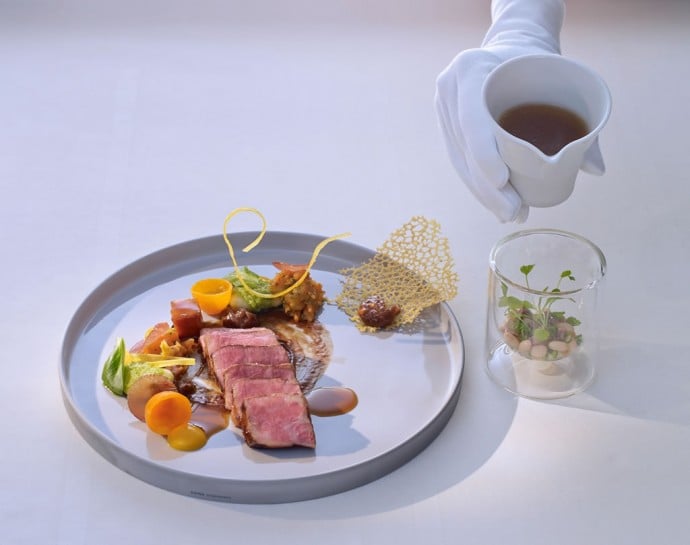 Buhner’s dishes are modern with a three dimensional aromatic cuisine, taking care to place each individual product’s natural flavours in the foreground. He specializes in low temperature cooking and manages to create a wide variety of courses.

In the Lord Jim’s Restaurant at the Mandarin Oriental, Buhner will create an innovative and avant garde five and seven course dinner menus. These will include slow cooked salmon with caviar, fennel, croutons and olive oil, blue lobsters with beetroot, caviar and hazelnut foam. An exclusive six course dinner menu will be paired with wines from the German region, this will also include marinated mackerel teriyaki with passion fruit and black sesame ice cream.

Tags from the story
Bangkok, Mandarin-Oriental