There is no shortage of Hotels today, with every destination offering you hotels that cater to your every need. It’s not that I’m complaining; the competition amongst hotels means better services for me as a traveler, as each hotel seeks to one-up the next. However, how do you pick one out from the herd? Yes, each offers incredible amenities and rooms, but what differentiates it from others just like it? This, of course, depends on your trip’s purpose, if it’s business, then location is everything, and of course, the Spa and its services can greatly influence and opinion after a stressful day at work. However, if your visit’s purpose is pleasant, then it’s a whole different ball game. Depending on the client’s personality, the hotel must cater to comfort, food, location, views, and spas. At the end of the day, when holidaying, I am looking for a hotel that is so fantastic that rather than choosing the hotel after the destination, I choose the destination because of the hotel.
9) Parkroyal Singapore
The Parkroyal Singapore (pictured above) is all set to redefine luxury hotels and the way you think of them. Luxury hotels usually mean rooms where you can look out at nature but never really access it. This unique hotel concept will offer 15,000 square meters of lofty sky gardens; this hotel truly harmonizes with Singapore. Perfectly located at the gateway of Singapore’s central business district, opposite Hong Lim Park, the hotel is the perfect Launchpad to explore Singapore’s incredible city. The exclusive Orchid Club lounge located on the rooftop gives you a 360-degree view of the city. The hotel contains 367 contemporary rooms, including executive suites. The Parkroyal received the prestigious BCA Green Mark Platinum Award and proves that there are still some that look towards a greener future in an age of selfishness. Set to open on January 16th, 2013, this Singapore hotel is a great way to start a greener new year.

8) Peninsula Hotel, Paris
European Brands moving into Asia is not new. Still, Asian brands are getting a foothold in Europe is definitely noteworthy, especially when the destination is the quintessentially European, Paris. The Hong Kong and Shanghai luxury hotel chain Peninsula has bought a 20 percent stake in a building close to the Arc de Triomphe. Constructed in the late 19th century, the building was created as the Hotel Majestic, which for 40 years one of Paris’s most famous landmarks. The hotel will feature 200 rooms, including 46 suites; the most incredible suite is the ‘Historic’ suite, complete with period decoration. Other amenities offered are three restaurants, several meeting rooms, a spa, and a swimming pool. Set to open in late 2013 in Paris, this hotel will be the first Peninsula hotel in Paris. 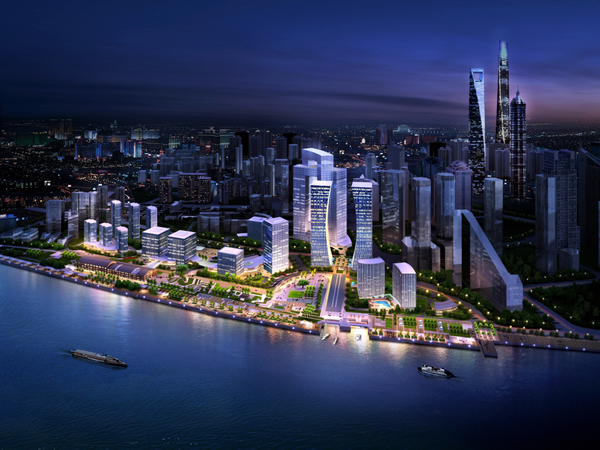 7) Mandarin, Shanghai
More than being just the most densely populated city in the most densely populated country, Shanghai is a global city. With one of the fastest-growing economies, Shanghai is a favorite destination for commerce, culture, finance, media, fashion, and technology. The Mandarin Oriental, set to open in Pudong, Shanghai in March 2013, will fit perfectly into this Shanghai business-centered lifestyle. The hotel will feature 44 suites, 318 spacious rooms, and an 8,482 square foot presidential suite. The hotel will also contain 210-serviced apartments for clients looking for a more homely feeling. Six restaurants and bars will provide an array of world-class Chinese or Western cuisine; the all-day dining will highlight a dramatic show kitchen. What distinguishes this hotel from the many other business-centric hotels in Shanghai is its Spa experience. With 13 spa suites, including two couples and two VIP suites, the spa treatments will be inspired by traditional Chinese medicine. The treatments offered will be ideal for helping cleanse your body from the stress of work. Thus the Mandarin Shanghai is all set to be a world-class hotel in a world-class city. Opening in the Financial Hub of China, Shanghai in March 2013, this hotel will fast become one of the city’s top business locations. 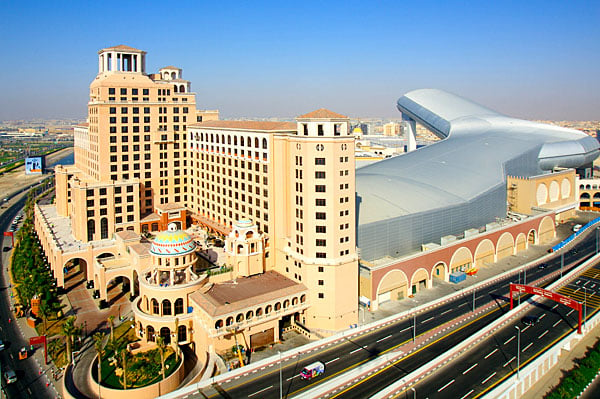 6) Sheraton Hotel Dubai
The Mall of Emirates is one of the world’s premier shopping locations with over 500 international brands and the Middle East’s first indoor ski slope. The crown jewel of Majid Al Futtaim properties, the Mall of Emirates is a destination in itself. Starwood properties will further elevate Sheraton’s already amazing portfolio in the Middle East by tying up with them. The Sheraton set to launch in the first quarter of 2013 will contain 481 guest rooms, including 94 suites. The hotel will also have 4 restaurants and lounges; these are, of course, add to the many eateries located in the mall itself. Located only 20 minutes from Dubai International Airport and 15 minutes from the Dubai World Trade Centre, the Sheraton will also feature over 9,000 square feet of meeting and event space, establishing the hotel as a business destination. Set to open in Dubai in the first quarter of 2013, this hotel is ideally located for those shopping holidays. 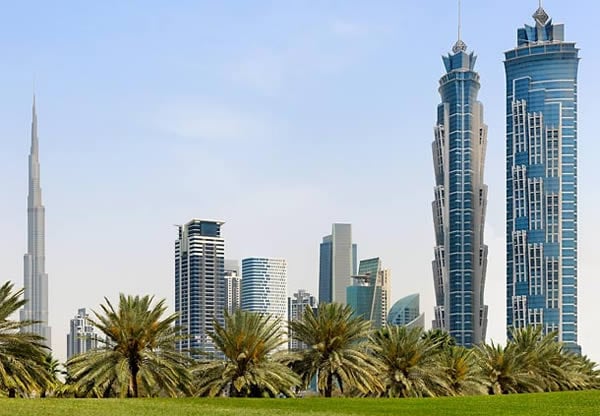 5) JW Marriott Marquis, Dubai
With a skyline that rivals New York’s, Dubai is all set to have yet another record-breaking building in the form of JW Marriott’s Marquis towers. It seems like almost all of Dubai’s architectural marvels have arisen out of the competition to be the best. These gigantic towers opened 804 rooms to guests in a soft opening in October, while the grand opening has been slated for February 2013. The hotel will feature 1,608 rooms, including executive, guest, and JW Marriott Marquis suites. The hotel will also contain a staggering 14 eateries, divided into 9 restaurants and 5 lounges. For the night owls amongst us, there will be a late-night music venue showcasing live music daily. The hotel caters to your every need regardless of whether you’re in Dubai for business or pleasure, with a 16,000 square foot spa, a pool deck, two ballrooms, 24 meeting rooms, and private event space. Unlike other hotels of its height, the Marquis will be dedicated only to hotel operations. This hotel is definitely not for anybody afraid of heights; however, it will be open from February 2013 onwards in Dubai for the rest of us. 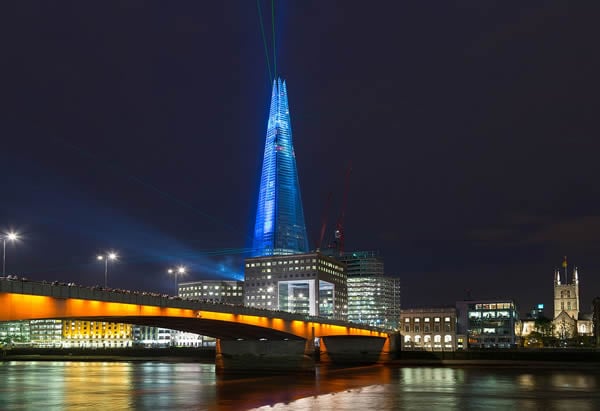 4) Shangri La hotel, Shard, London
Inaugurated at the 2012 London Olympics, the Shard will change the London skyline. While only the outer facade is complete right now, everything is expected to open on February 1st, 2013. The Shangri – La hotel will be located on floors 34 to 52 of this Renzo Piano-designed tower. The hotel will contain 185 deluxe guest rooms covering 42 square meters each and 17 suites with the best view in all of London. The signature Shangri La bed will, of course, be featured along with designer LCD televisions. The hotel will also feature an array of dining options and lounges, with the most interesting being the “food theatre” cafe. The Shangri La hotel at the Shard will include the incredible amenities and services that the brand is best known for, such as the fitness facilities and indoor swimming pool. The hotel also provides a business center and meeting area to make this centrally located hotel perfect for business people. The location alone should convince you to stay at the Shangri La after its opening in February 2013. 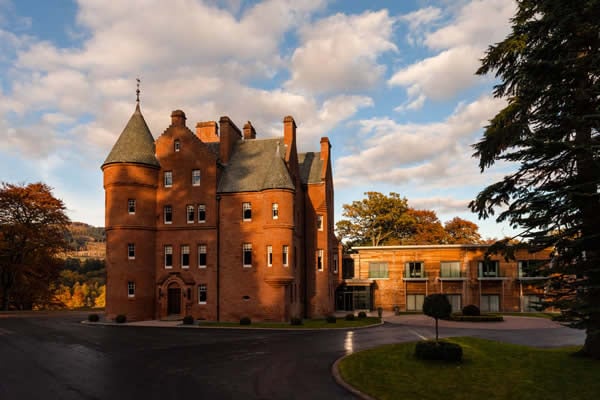 3) Fonab Castle, Scotland
Every fairytale from Beauty and the Beast to Aladdin begins and ends with a castle. I don’t know anybody who would turn down an opportunity to live out their own personal fairytale. Fonab Castle in Scotland will afford patrons this opportunity beginning April 2013. This castle once belonged to the Sanderman family and is located on the stunning Perthshire Highlands. Of the 31 rooms, 13 are housed within the castle itself, while another 18 are housed in a tasteful modern addition. The Fonab Castle hotel will also feature 36 rustic lodges on its extensive property; each luxurious lodges will have its own private hot tub. The heart of the castle is its bridal suite; this suite brings to life every woman’s fantasy with its oversized bed, vaulted ceiling, luxury bathroom, and walk-in shower. The rustic and historic feel of Fonab Castle does not prevent it from offering modern amenities such as a panoramic glass-fronted restaurant serving local and international dishes. Each of the rooms allows easy access to both the loch and its rich cultural heritage. Later in 2013, the Hotel is also set to unveil heated and air-conditioned dog kernels, a destination spa, a gym, and a pool. April 2013 onwards you can complete your fairytale story in Scotland. 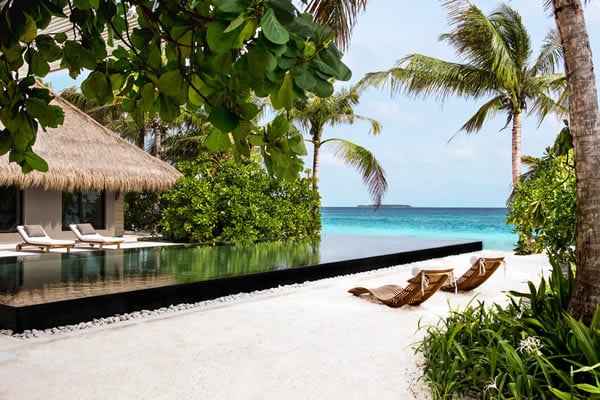 2) LVMH Maldives
The trend of Fashion conglomerates adding hotels to their portfolio can only mean that the standards in Luxury resorts have gotten that much higher. Adding to their already impressive portfolio, containing the alpine property Cheval Blanc Courchevel, LVMH will unveil The Maison in the Maldives in 2013. Created in collaboration with famed architect Jean Michel Gathy, the Maison aims to bring the same stylish design and atmosphere from LVMH’s alpine property to the tranquil setting of the untouched Noonu Atoll in the Maldives. The property will feature 45 villas, including an exciting, one-of-a-kind overwater garden villa and, for a larger group, a four-bedroom owner’s vila. Each villa will be like an ode to the serene archipelago of the Maldives. Today in our food-driven lives, restaurants are important to making or breaking a hotel as their rooms. LVMH delivers spectacularly on this front, with 3 Michelin starred chef Yannick Alléno spearheading the 5 dining options, including; 1947, a French fusion restaurant, and Contemporary cooking White restaurant, Japanese or Iberian cooking at The Diptyque, and alfresco fish at The Dijlanii. The LVMH in the Maldives should definitely be added to your list of Vacation spots for 2013. 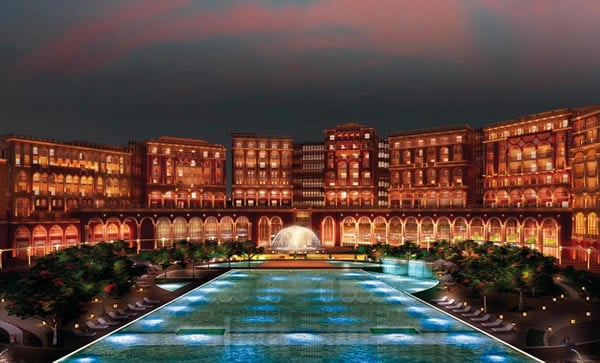 1) Ritz Carlton Abu Dhabi
Abu Dhabi has always been a luxury destination; since the Dubai bubble burst, it has been steadily gaining popularity so that it is today as popular as Dubai in terms of both a business and pleasure destination. Abu Dhabi exudes luxury and opulence, so it seems only natural to tie up with one of the most luxurious hotels, the Ritz Carlton. The Venetian-inspired hotel will be set in the shape of a crescent moon and contain 447 guest rooms and suites and an additional 85 villas. The entire property will span over 84 acres and contain its own private beach overlooking the Grand Canal. The Villas will range from 968 to 1,400 square feet and will be a true joy to vacation in, not to mention that they come complete with Butler service and an outdoor terrace. If you need more of a selling point than the villas and the views, there is also ESPA, a 21,500 square foot spa, a fitness center, outdoor tennis courts, two poolside bars, and three restaurants. This property’s real star is the gigantic 17,222 square foot swimming pool located at the front, which makes this hotel seem almost like a mirage. This opulent hotel will open in Abu Dhabi in the first quarter of 2013.