Even though I’ve lived in Bombay all my life, I still have a hard time accepting this weather and probably always will. The humidity is the things that annoys me the most – it’s a constant and drains you out more than realize; and no matter what you do, there’s just no way around it. So on this particularly rough day, and after travelling from Andheri East to the West (which every Mumbaikar will know, is a nightmare!), I was quite annoyed by the time I got to JW Marriott Mumbai Juhu. Definitely, not how I wanted this experience to start! 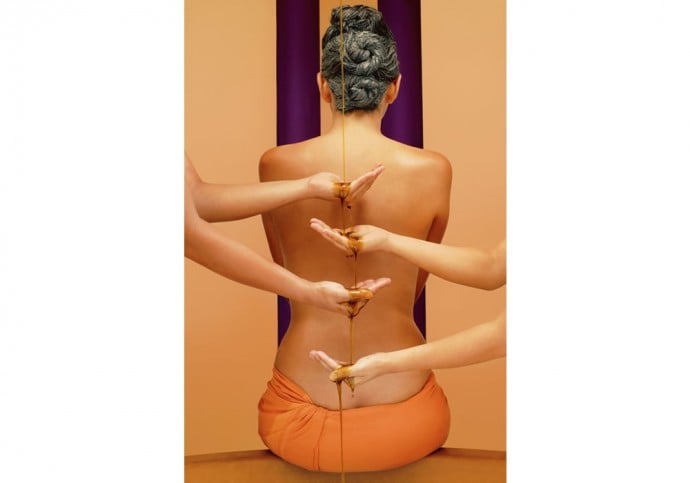 The Chinese term ‘Quan’ means ‘a source of pure water’ and hence water is the central theme of the Quan Spa facility at one of Mumbai’s Top 5 Luxury Hotels. The reception is refreshingly bright with white walls that allow you to focus on the turquoise water themed furnishings around. The submerged mannequin in the glass tank is the first thing that caught my eye, and I have to admit did seem a little strange to me at first; but on further exploration, it seemed to drive the central focus on rejuvenation by water, along with the rest of the pebbled glass floor and wooden décor.

I was comfortably seated to await my treatment and served a freshening, thirst-quenching cold drink of a ginger, lime and honey along with a cool wet towel, One of the staff, who also happened to be my masseuse, traded my shoes for fluffy white slippers and that was when I finally felt my annoyance start to disapparate. As I was restoring my energy with every sip of the drink, I had the opportunity to meet the Director of the Spa, who was kind enough to sit down with me and talk about the general idea behind the spa and the treatments they offer. “We believe water is the source of life and from it also stems rejuvenation, healing and wellness,” said Dr. Rashmi Ambastha, Director of Spa, JW Marriott Mumbai Juhu. She went on to talk about the 10 treatment rooms available, out of which 7 rooms are named after the 7 Chakras in which form a part of a lot of Indian religions. They are also equipped with a couples-therapy room, and rooms for smaller treatments like facials and pedicures. The treatments they offer range from part-body massages to a full body massage; and from Thai massage principles to the usage of Ayurvedic oils. It was also interesting to learn that every treatment actually begins the moment one takes a sip of the welcome drink, which starts the inner healing process. Following a suggestion, I decided to try out one of the Quan Spa Specials, which is a full body massage focusing on muscle stimulation and relaxation, using a mix of Ayurveda and a western style treatment. 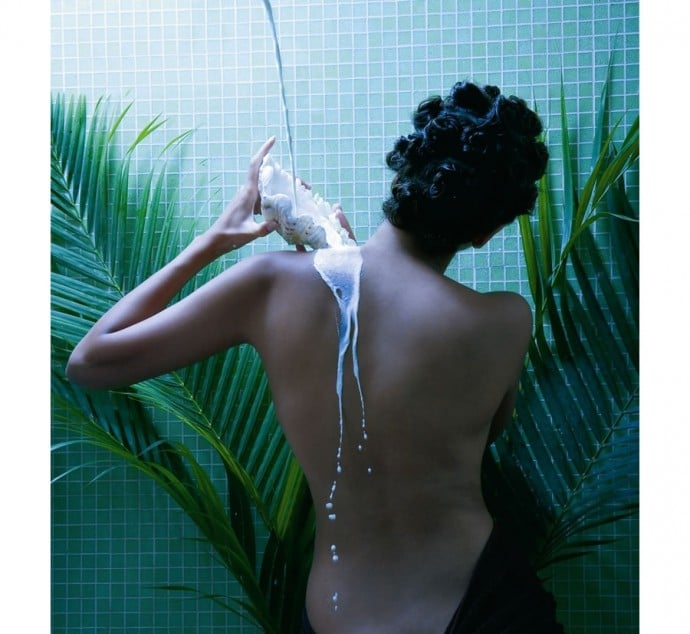 Quan Spa has developed three ‘Specials’ depending on the kind of experience one is looking for. What makes it special is the blend of essential oils used during the massage, to reinvigorate the body. For example, the Deep Tissue Massage will have a mix of clove oil to reenergize your tissue cells. I chose the Quan Fusion that blends the oils of rose, geranium, lavender and sandalwood to create a flowery fragrance that is balanced out by the rich misty smell of the wood. I personally thought this particular combination was an ingenious idea, because being a concentrate the aroma tends to linger even after a shower and too much of one particular smell would be too overpowering for me. 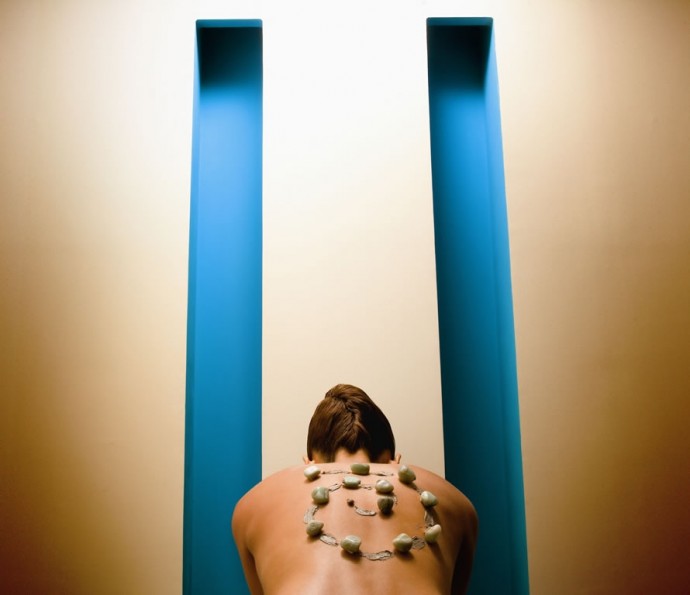 Once I was robed and ready, my masseuse gave my tired feet a warm soak in a tub with the added benefits of blue sea salt crystals. Once my feet were a bit relaxed (and clean!), I was led to the table. Head down in the head rest, I waited for the aroma of the strong essences to hit my nose, but it didn’t come, though gradually during the course of the massage I began to smell the Sandalwood and flowers. I guess that was one of the added benefits of mixing the oils together. The massage then followed what is apparently a western style, which began with the back tip of my legs (the feet) and worked its way up and ended at the head. This flow differs from Ayurvedic and most Indian treatments as they begin at the head. The massage was glorious and I had a lot of my tensed areas kneaded out, and that’s saying something since my tolerance for pressure is really high. My masseuse made sure to also focus on the right pressure points, increasing my ability to relax and zone out. Soothing instrumental music, dim lights and earthy smells filled the room, which was also thermally controlled. The décor was minimalistic and pleasing, and included a water-themed ceiling of brush stroked that looked waves. Each room also has a separate changing area.
After my massage, which lasted the whole of 90 minutes, I was lead to the Heat Experience Area that has the sauna and two Jacuzzi pools. I also learnt that in another section, there’s a plunge pool for hydrotherapy for the men. Besides the Spa, there’s also a gym around the corner and the whole fitness section including the Spa and the hotel pool can be used by non-guests by availing of a yearly membership. The sauna completed my experiential, and it was only after hitting the showers that I realized how relaxed and at ease my body felt. A warm mug of tea and some water greeted me once I was back in waiting area, though one could chose anything from coffee to juices. 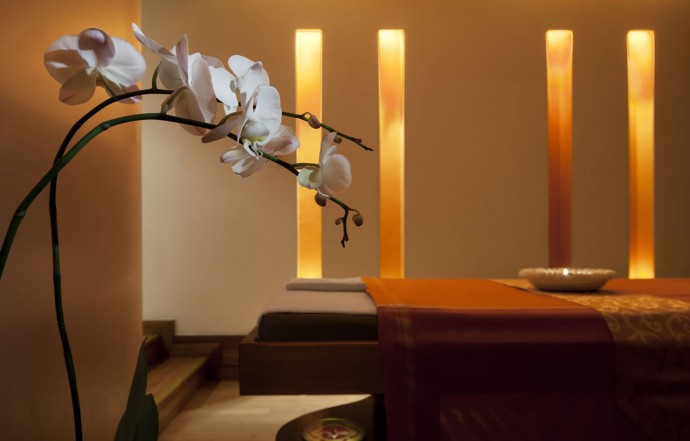 Verdict:
As I sat sipping my warm drink and thinking how grateful I was for the experience, I realized that I’d never been this relaxed in a very long time. Work and the city life stress can be hard to cope with and eventually take a toll on you, but Quan Spa, set in the basement of hotel, far away from the bustle and noise, takes care of all the stress for you; and even though the treatment might seem like a short while, as compared to a full work week, the effects of the treatment would leave you feeling rejuvenated as least for a few days after. The massage styles are very need focused and the staff, highly attentive to the slightest indication from a client that would help them service better. Quan’s pampering ensured that I was well taken care of, right from the time I stepped in, to the high-end Vichy and Thalgo products they use, right till the very end when I was ushered out the door. The word has already been passed around, and if anyone’s looking for me on my days off, they know where to find me!