Mechanical tracks are every young boy’s secret fantasy. No wonder men learn to love cars even when they are all grown up. And Chris Burden seems to have brought the little boy with him as he grew up, and his dream has turned to reality with his toy city called Metropolis II that has as many as 1,100 cars zooming around! And now, a gracious collector who paid millions to purchase the masterpiece has donated his investment to the Los Angeles County Museum of Art, which will put it on for the next 10 years.

The second city needed four years of research and development by Burden and his chief engineer Zak Cook, as the 1,100 rips around the 18 roadways, one of with is a six-lane road. What’s more amazing is that the construction is not digitized and needs two full-time attendants to monitor the installation; one attendant keeps a check inside the 20-by-30-foot city while the other walks around to handle traffic snarls and pileups.
The first city, tagged Metropolis I was sold to a Japanese museum and had just 80 cars on single lane highways. After six months of being on display, the installation was discarded. 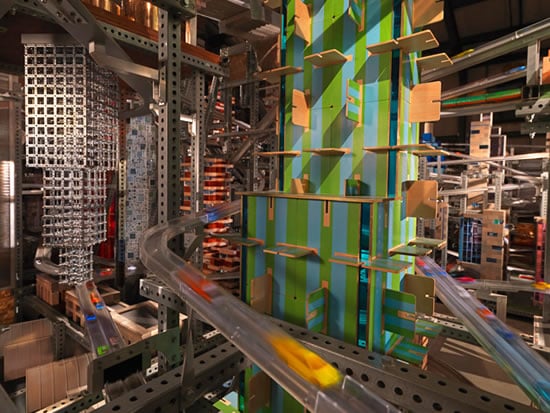 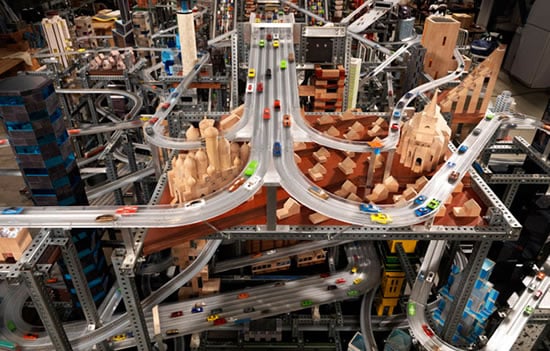