Remember your sweet sixteen birthday party when you managed to convince everyone that having a hot tub in your backyard was a HUGE deal? Well, not to burst your bubble or anything but you’re about to get schooled! A Utah based homeowner has splashed out $2 million on a swimming pool that totally redefines opulence. Featured on Animal Planet’s The Pool Master, this pool boasts a mountain, five waterfalls, a 300 foot lazy river, a diving rock, a grotto, hidden pathways inside the mountain and a tunnel for scuba diving. We’re talking water-park levels of fun here! 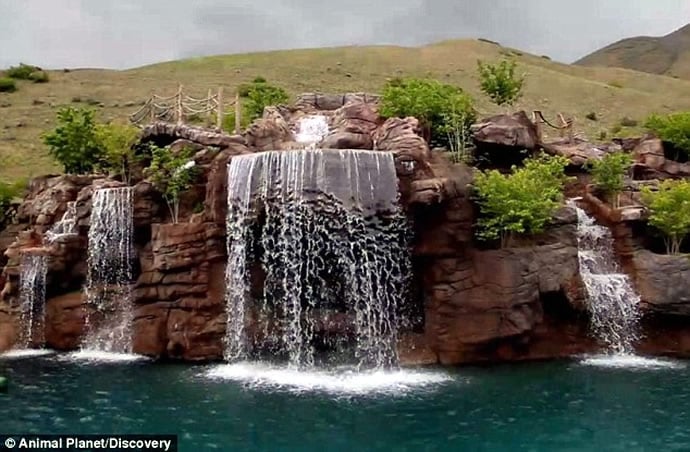 The 90 foot man made mountain may be a cement structure, but it’s the furthest thing from boring. It houses a 60 foot waterslide that sends swimmers into the large pool below. It also features exciting secret passageways as well as a fully functional kitchen (complete with a refrigerator, an 8 burner grille, stainless steel cabinets and granite countertops) in addition to changing rooms, lockers and a shower. 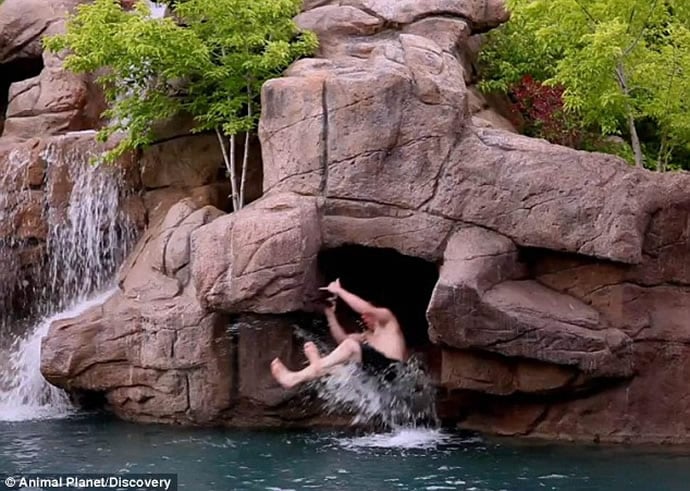 The jet propelled lazy river encircles the entire pool while waterfalls enhance the view. Several boulders, bridges and paths along the mountain provide spectacular views of the entire 140ft by 60ft pool that contains 360,000 gallons of water. The owner – a scuba diving enthusiast- also created a 54-foot long and 5-foot wide tunnel leads into the pool that leads into the pool from an excluded entry point within the mountain. Scuba divers can explore at a depth of as much as 26 feet. 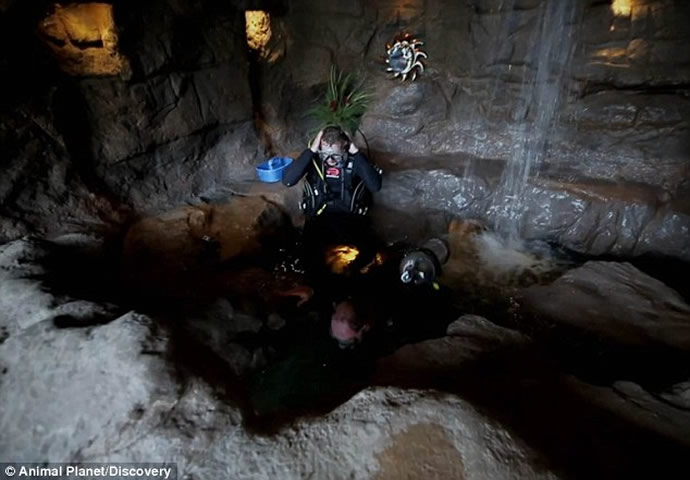 We thought swimming pool mania had reached its peak when we saw size, visuals and sheer extravagance, but this one takes the cake. People say money can’t buy friends, but we’d sure as hell want to be friends with the owners of this pool! Heck, with access to a kitchen like that we’d even be willing to live in it 24 x 7. The next time you have $2 million lying around, you know what to do with it!

Tags from the story
Pool, Swimming-Pool