Money money money – It’s a rich man’s world – sang Abba. And it just goes to show how much money people have when they go around buying houses that cost millions! Like this innovative eco-friendly home in a Cotswold nature reserve that broke the world record for a country house when it was sold for a whopping £7.2 million ($14.3 million USD). I have to say though, there is really nothing “country” about this house apart from the fact that it is in the country. The ‘thoroughly modern manor house’, modeled on a bee orchid found on the reserve, was sold off-plan last week to an anonymous buyer. The mystery buyer who is believed to be in the entertainment industry (who else will have that kind of money apart from the mafia) will get a lakeside home complete with a glass-sided badger set in the garden.

It is said that Brad Pitt has looked at the plans for Orchid House, while Kylie Minogue had stayed at the estate. And while I don’t have any details on how exactly the house is eco-friendly, it is hoped that the house will be one of those that will produce more energy than it uses with an underground pump and geothermal heating. The house is designed by Sarah Featherstone, whose practice in east London is designing part of the Olympic athletes’ village. It is said the house will take three years to be built as the structure is complicated. 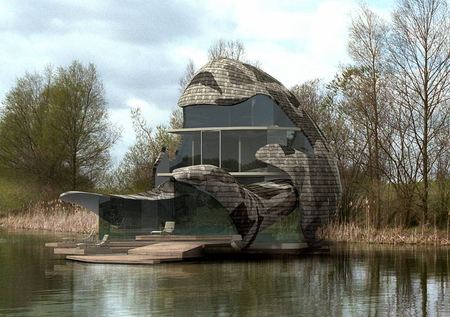 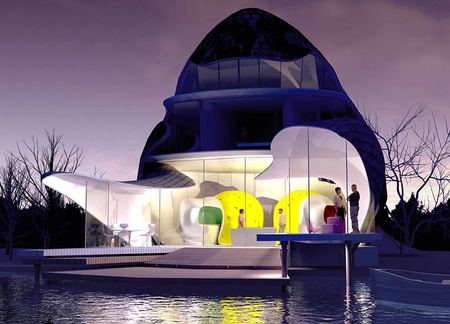