I have some news, news that’d make the Ted Mosbys of the world cower with envy and give a standing ovation, all at once. Zaha Hadid has planted one on New York City, by which I obviously mean, the building that was set to come on the Highline. Announced last year, the construction of the 11-story condo on 520 West 28th Street is finally underway and penthouse #37 is already beckoning the Don Drapers of the city. Don’t look at us; the “Don Draper apartment” moniker has gone to PH-37 directly from Hadid. 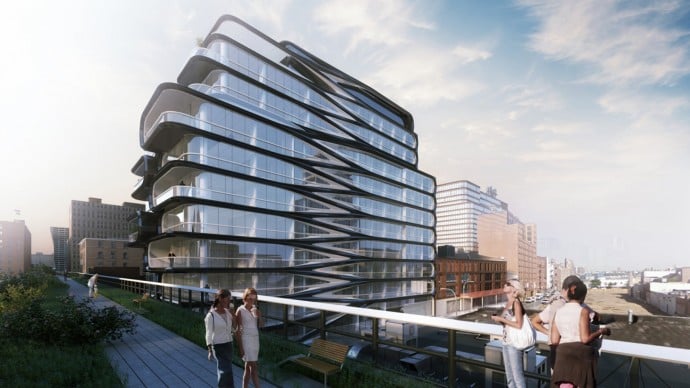 “I am absolutely thrilled to finally mark the city with my signature. I think I have designed something that fits well into the city that is very New York and will help transform the city moving forward.” We’re sure New Yorkers are echoing her sentiments, what with the design incorporating a slew of luxurious amenities. Housing a large garden, an indoor pool and spa, playrooms, and other entertainment facilities, the building has two wings and also a double-height lobby. And of course, Hadid’s signature aeronautical style! But getting back to the penthouses (oh, how I wish I could say that literally!) 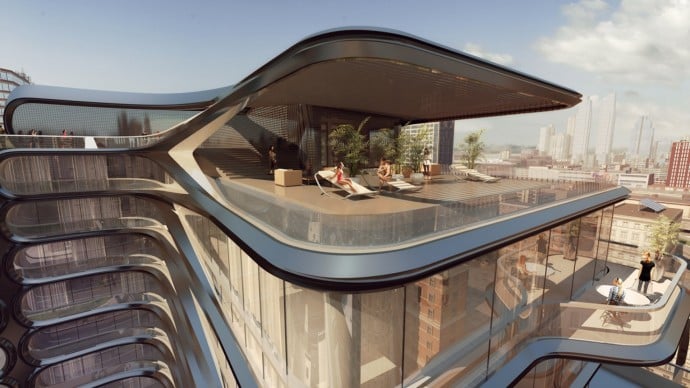 #38 is a three bedroom and half-bathroom apartment set at $12 million and Penthouse 39’s floor plan with four-bedrooms and one-and-a-half bathrooms only signals an increase. Still, the price would probably be worth it, given how the developer claims each residence would be given “the highest degree of originality.” What each home will also have though is the highest degree of bills. Take PH-37, for instance, which will reportedly require $330,000 in carrying charges and $41,000 in electricity bills per year. That may be nothing to its deep-pocketed buyer though since the penthouse itself costs $35 million. 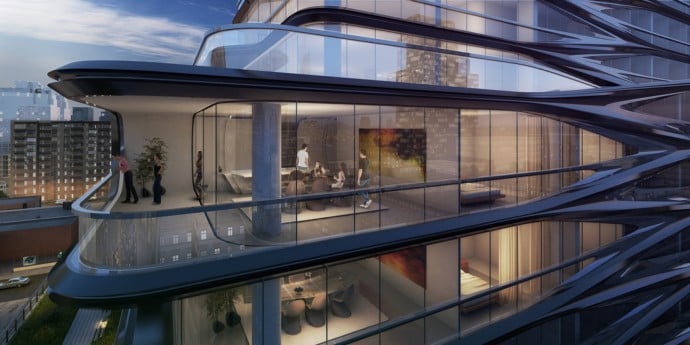