We get very excited every time Lamborghini announces a new special edition. Lamborghini has now announced production of an exclusive new special series, the Aventador LP 700-4 Pirelli Edition, created to celebrate the long and ongoing history of collaboration with prestigious Italian tire manufacturer Pirelli. The partnership between the two iconic brands was forged back in 1963, the year Lamborghini was established, and since then, all Lamborghini cars have been equipped with Pirelli tires from the factory. Available in both Coupé and Roadster versions, the Pirelli Edition sports a two-tone color scheme in two options. The first one gets matte black for the roof, pillars, rearview mirrors, engine hood, and front, rear, side and moving air intakes, in contrast with six glossy finishes for the rest of the body (Giallo Spica, Rosso Mars, Bianco Isis, Nero Aldebaran, Grigio Liqueo, and Grigio Ater). 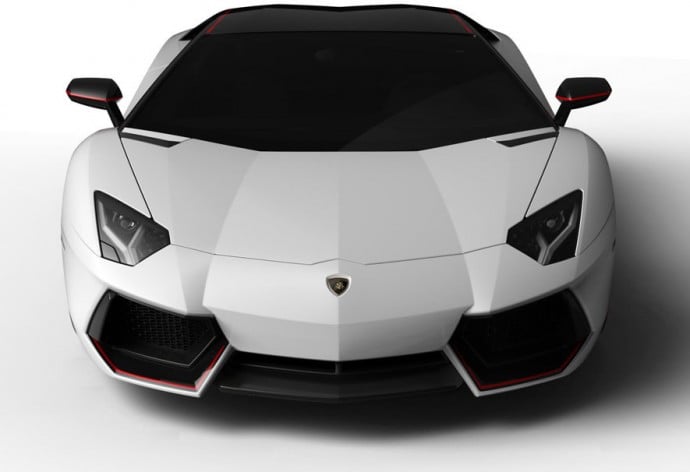 The second color scheme has glossy black for the upper parts of the car and the air intakes, in contrast with four matte finishes for the rest of the exterior (Bianco Canopus, Nero Nemesis, Grigio Adamas, and Grigio Titans). Both the color schemes have thin red stripe running along the body and the new glossy black Dione 20-inch front and 21-inch rear P Zero tires with red logo and red, or yellow in the case of the Rosso Mars exterior, brake calipers, as well as a transparent hood and engine cover in carbon fiber. Inside, the Aventador Pirelli Edition models are dressed in black Alcantara with red contrast stitching and red stripes, as well as a ”Pirelli special series” plaque on the dash. Beyond the visual changes, the Aventador Pirelli Edition remains mechanically identical to the regular Aventador. It features the same 6.5-litre V12 engine delivering 692 hp and mated to a seven-speed ISR transmission driving all four wheels. There is no word on the pricing. 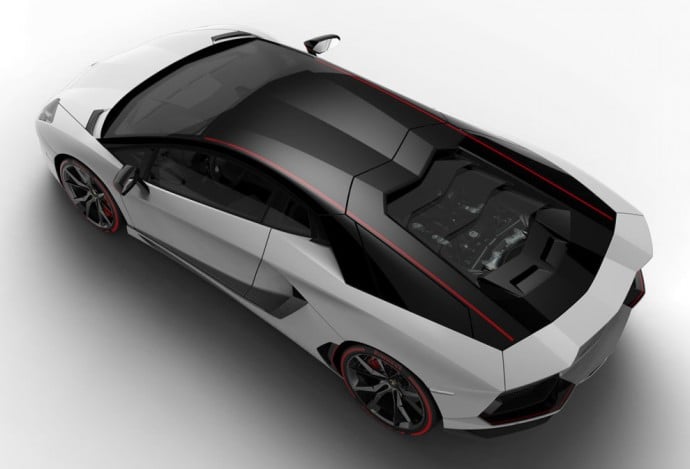 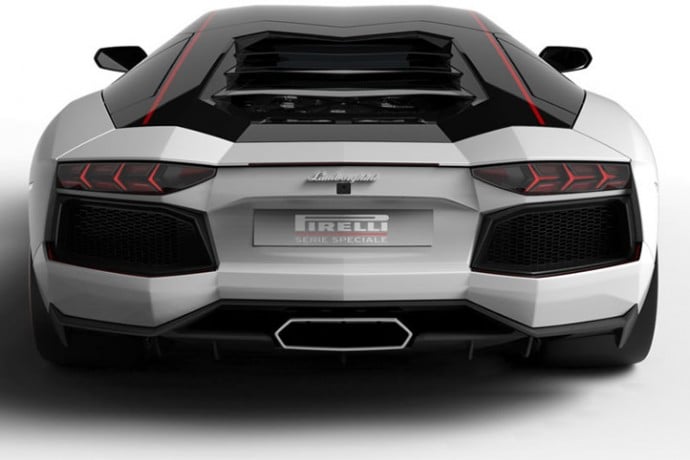