Porsche launched the 992 generation 911 a few months back at the LA Auto Show, revealing the 2020 Carrera S and 4S in the coupe guise as the first two variants. The German automaker has now finally begun the process of rolling out rest of variants of the new 911 and the open-top versions of the Carrera S and Carrera 4S are the latest to join the product line-up. As expected, the top-down models are identical to the corresponding coupe versions except for the retractable roofs. They retain the same 3.0-liter twin-turbo flat-six engine tuned to produce 443 horsepower and 390 lb-ft of torque. The engine is paired with a new eight-speed dual-clutch gearbox that sends the power to the rear wheels on the S and all four wheels on the 4S version. 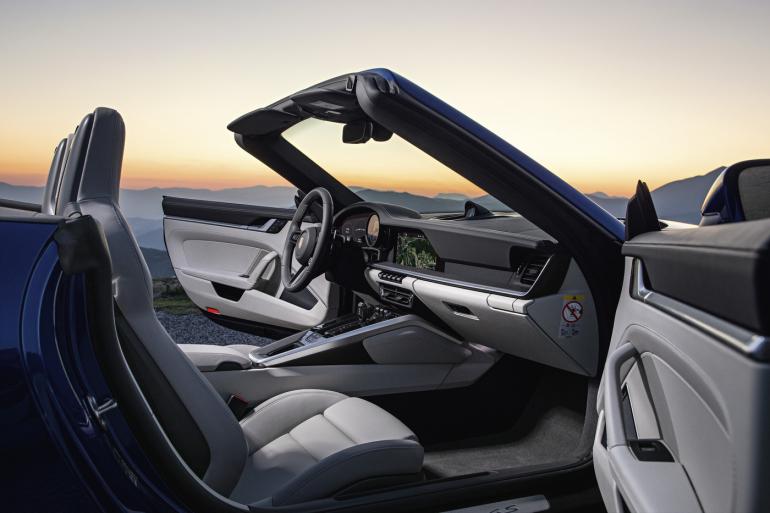 What’s noteworthy is the fact that Porsche has managed to make both the variants considerably quicker than the outgoing Carrera S and 4S. The Carrera S Cabriolet equipped with Sports Chrono can do the 0-60 sprint in 3.5 seconds, while the Carrera 4S Cabriolet will do the same in 3.4 seconds. That’s 0.6 seconds faster than the cars they respectively replace. The two cabriolet models get fabric retractable tops that have been completely re-engineered for a smoother and quieter up-down action. Porsche says that the roof can be operated at speeds of up to 31 miles per hour. Pricing starts at $126,100 for the Carrera S Cabriolet and $133,400 for the Carrera 4S Cab. Porsche has started accepting orders and the deliveries are expected to begin this summer. 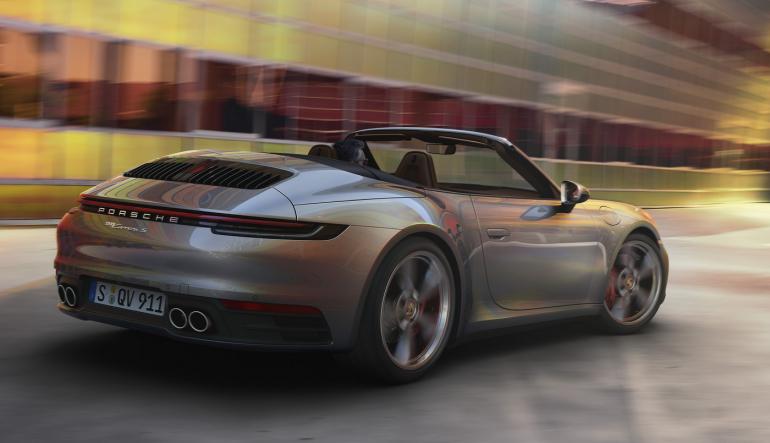