The world of ultra-high-performance super-luxe SUVs has a new competitor and it has arrived with the intention to sit at the top of the pyramid. Meet the 2022 Aston Martin DBX707, a luxury SUV on steroids that makes the standard-issue Aston Martin DBX with 542 horsepower seem regular. With a starting price of $232,000, the DBX707 will go into production in the first quarter of 2022. Here’s everything you need to know about the V8-powered SUV that’s just as quick as a supercar. 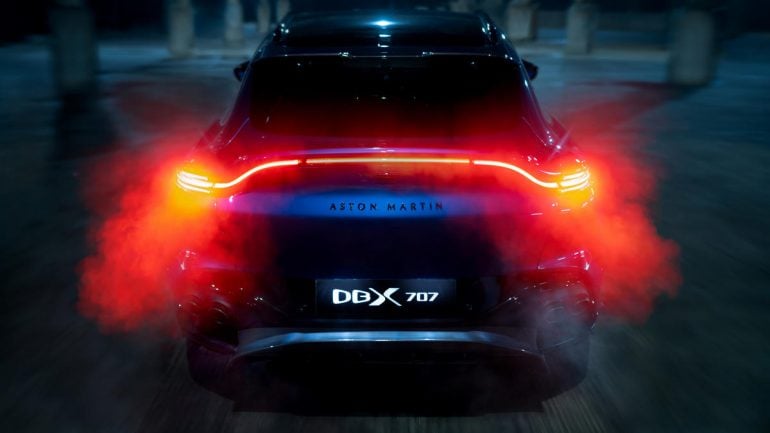 A new king in the high-performance luxury SUV segment
We live in a world where high-performance SUVs have become potent that they are literally at the threshold of the supercar territory. The Lamborghini Urus and the Bentley Bentayga have been feuding over the last few years to become the most powerful and the fastest luxury SUV on the market. Aston Martin has made a hero’s entry with the DBX707 that has snatched the crown to become the new king. Described by the British manufacturer as “a sabre in a segment of sledgehammers,” the DBX707 gets its name from the 707 metric horsepower it packs under the hood (no, the 707 designation has no relation to Aston’s historic association with James Bond). 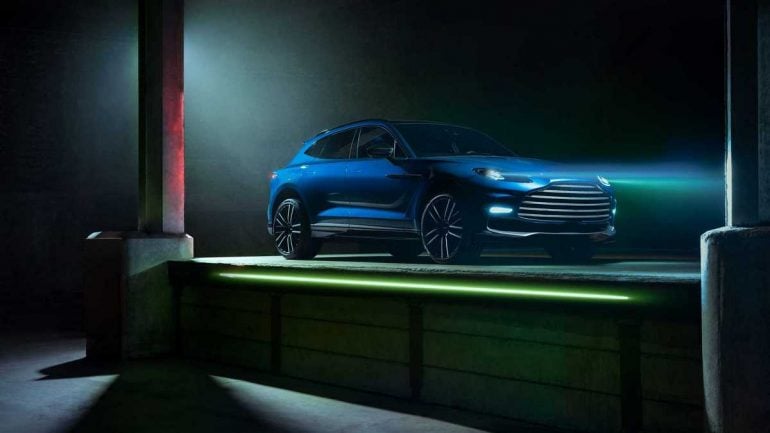 Aston Martin claims that the DBX 707 can go from 60 mph from zero in a supercar-quick 3.1 seconds. Keep the foot planted on the gas pedal long enough and the sporty SUV will top out at 193mph, which is 3mph more than the Lamborghini Urus’ top speed. Aston Martin claims that DBX707 isn’t just the best on paper but truly better than the rest – something it plans on proving by showcasing its might at the iconic Nürburgring circuit. 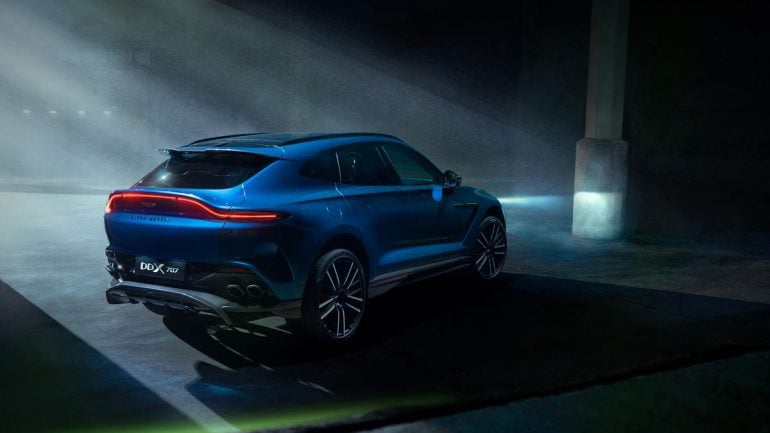 A reworked V8 unlocks the Aston Martin SUV’s true potential
The segment-leading performance numbers have been afforded to the DBX707 by the AMG-sourced 4.0-liter V8 engine. The horsepower figure might trick you into believing Aston Martin has shoehorned the flat-plane version of the V8 from the Mercedes-AMG GT Black Series. Instead, the British marque stuck with the cross-plane V8 but massaged it to produce 697 horsepower (707 metric horsepower) and 663 pound-feet of torque. That’s not only 155 hp more than the regular DBX but also greater than the 626-hp Bentley Bentayga W12 Speed, the 641-hp Lamborghini Urus, and even the 670-hp Porsche Cayenne Turbo S E-Hybrid. The manufacturer managed to extract 707bhp from the V8 by giving it new ball-bearing turbochargers, remapping the ECU, and fitting it with a new, sportier exhaust system. 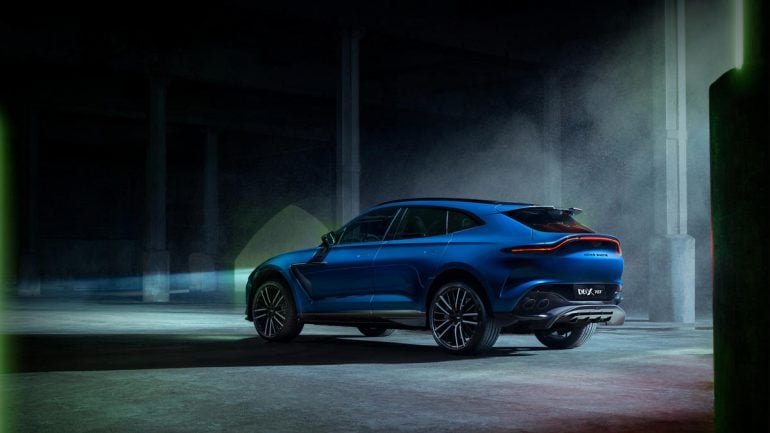 Beefed-up hardware components to support the extra horsepower
Rather than just giving it more horsepower for a greater top speed, Aston Martin upgraded just about all the hardware components to make the DBX707 a truly ultra-high-performance SUV. The regular torque-converter 9-speed gearbox has been swapped with a new AMG nine-speed wet-clutch transmission that gives it launch control and sportier gear shifts. It also features a new version of the electronic limited-slip rear differential with a shorter final drive ratio. Additionally, the all-wheel-drive system is now capable of sending up to 100% of the torque to the rear axle on demand. 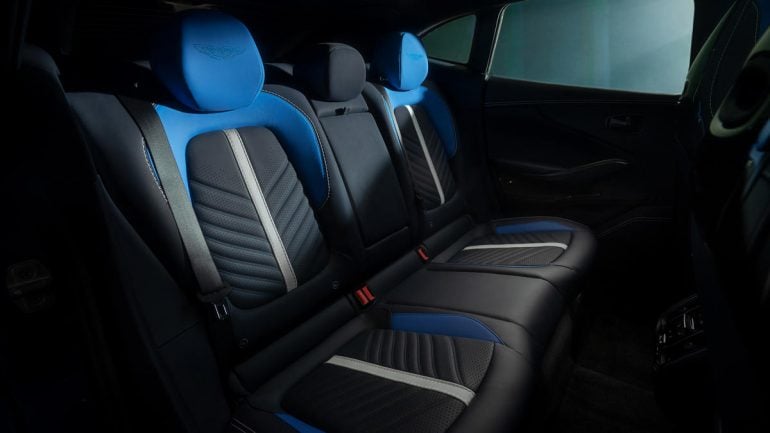 The air suspension has been also recalibrated with altered damping to handle greater speeds. The DBX707 can be had with 23-inch alloy wheels, while it comes with carbon-ceramic brakes as standard equipment, measuring 420mm front and 390mm rear, which should not only improve braking performance but also the handling of the SUV thanks to reduced un-sprung mass. 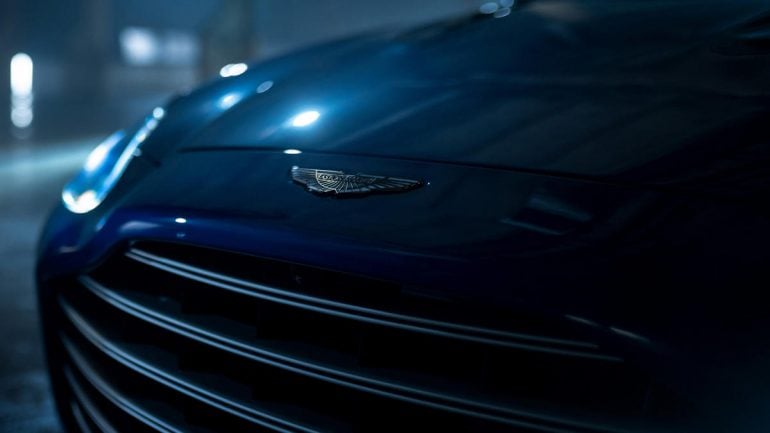 Subtle design updates that are purely functional yet look good
Automakers often make the mistake of making extravagant styling changes to the range-topping trim level to justify the added cost and performance. Thankfully, Aston Martin was prudent enough not to get sucked into it. The design updates received by the DBX707 are subtle at best and have been added to perform specific functions. The fascia has been updated with a larger version of the iconic DB grille which is there to send more air to the engine for it to breathe more freely. The bumper design has also been reworked for more air supply to the radiator and gets a completely new styling for DRLs and a bigger splitter. 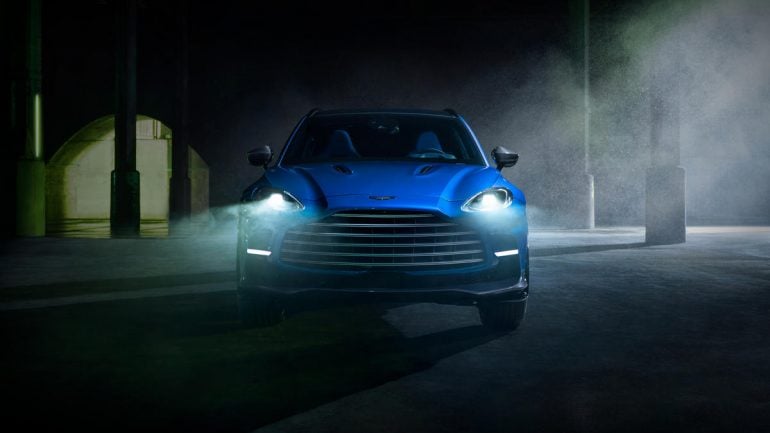 The profile of the car mostly remains unaltered, except for carbon fiber sill panels. The rear has more prominent aero elements including a spoiler and a pretty big diffuser, both made of carbon fiber as well. The quad exhaust setup of the DBX707 sets it apart from the regular version. 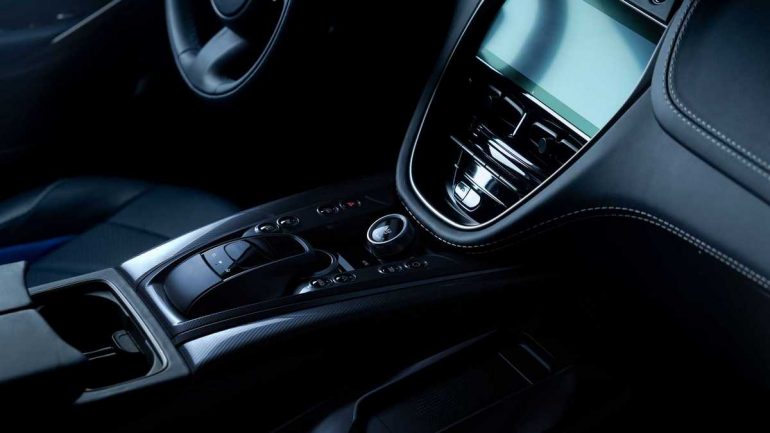 A physical button on the console that unshackles the grunt of the mighty V8
The changes received by the 707 inside the cabin are even harder to notice, yet they are functionally essential. The electronic power steering system has been recalibrated for improved driving feel and feedback. The most noticeable change comes in the form of an updated lower console with a new drive mode selection rotary dial that lets the driver quickly select through different drive modes rather than having to dig through the main menu. 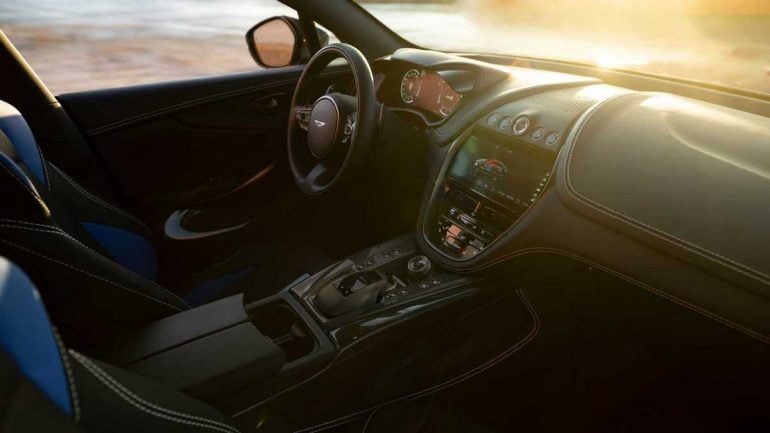 The console also has a physical button for the active exhaust switch that opens the valves of the new quad tailpipe sports exhaust system. Pressing the button lets the V8’s symphony reach your ears without any hindrance. The 707 also comes with Sport seats and a dark chrome finish on the switchgear as standard, but the cabin can be optioned with regular equipment found on the less-potent DBX.